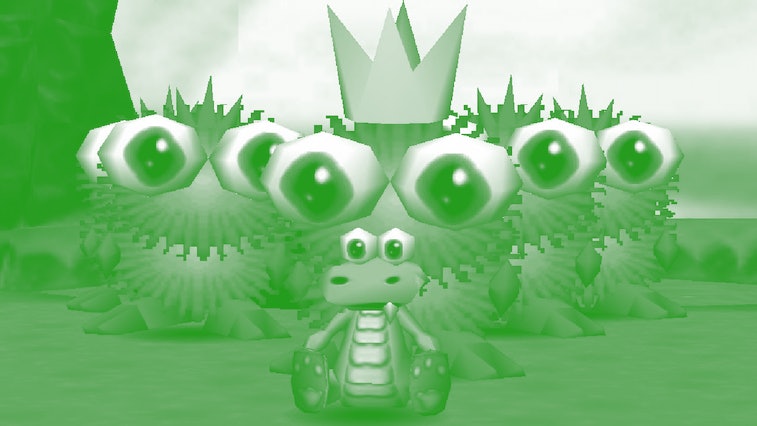 If you have pleasant memories of mowing down hapless pedestrians in Carmageddon or stitching together a movie masterpiece in Windows 95, we've got some good news: they’re finally free from the shackles of closed-source development, along with some other old-ass games.

Software archivist and developer @Foone announced on Twitter that Jez San, the former CEO of Argonaut Games, has given the OK to release the company's BRender engine as an open-source project.

Rend it up — This is the engine that powered Carmageddon, Carmageddon 2: Carpocalypse Now (yes, actual title), the mascot platformer Croc: The Legend of the Gobbos, and Microsoft 3D Movie Maker. It's quite the assortment of late '90s esoterica.

Microsoft 3D Movie Maker is probably the most well-remembered of these creations, a primitive version of Windows Movie Maker that allowed you to create choppy video art that probably looks a lot better in your memory than it did in real life. (It's probably best known for popularizing the Comic Sans font. It’s very sorry for that.) Microsoft even put together an official GitHub page for the open-source release of the game's code, along with an announcement from Microsoft community manager Scott Hanselman.

Open all sources! — So what triggered this unlikely move from a software titan like Microsoft? Well, Foone tweeted at the company and asked for it. I guess the direct approach does work sometimes. This isn't just an empty gesture, either — Foone says there are plans to release updated versions of Microsoft 3D Movie Maker that'll add features like better color support and improved stability on 64-bit operating systems.

While there's still a ton of work to be done to make BRender games run well on your computer, as one of the four or five fans of Croc and Croc 2 out there, I would love to be able to play them with a modern controller. Then again, they're also 3D platformers with tank controls, so maybe this is one childhood favorite that we should leave in the past. (Speaking for myself, though, I'm definitely going to try it anyway.)