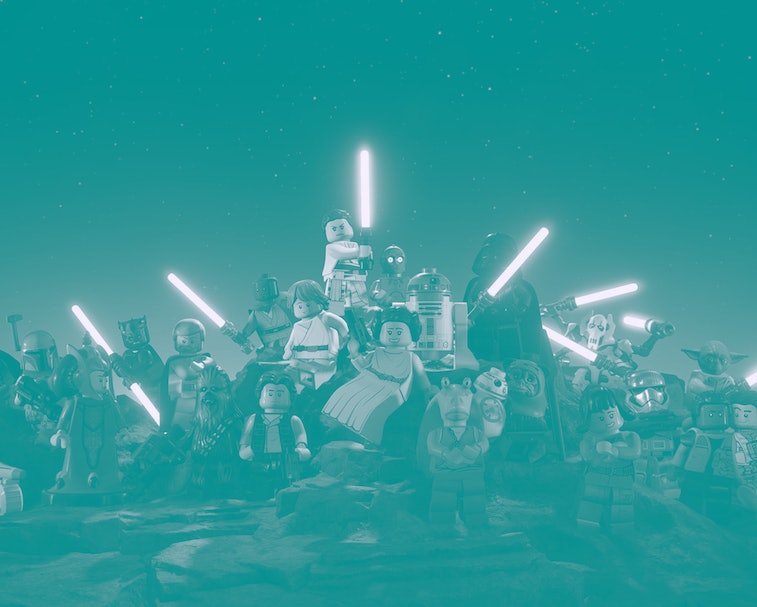 Lego and Star Wars are two great flavors that go great together, so it's no surprise that Lego Star Wars: The Skywalker Saga is crushing it at the till. But while Luke and company have overtaken the fearsome Elden Ring as the newest top-selling game, it seems that scalpers are vacuuming up the deluxe edition of the game for a different reason: they want the exclusive Lego minifigure that comes with the game.

Indeed, if you have a habit of browsing eBay, you've probably seen rare Lego minifigures at auction for hundreds of dollars — it's not exactly uncommon. However, according to Nintendo Life, it appears that scalpers are buying the more expensive version of this video game just so they can flip this Luke Skywalker minifigure for a big profit. Currently, you can find eBay listings for the pack-in extra for $50, with some going as high as $100. That's a lot of moolah for a tiny bit of plastic.

To be fair to collectors, while there are plenty of Luke Skywalker Lego figurines out there, this one comes with blue milk and a milk mustache, which is quite charming. If you can't find the deluxe edition in stores or online, fear not — there's currently a rumor in the Lego community that Blue Milk Luke will be given away along with other Lego products on May 4, aka Star Wars Day. (Who says we don't get new holidays?)

The good news is that if you're solely interested in the video game part of The Skywalker Saga, regular editions of the game are suffering no such shortages, and you can probably find a physical copy at your local retailer. The game has received positive reviews from critics, so if you're down for a simple but compelling title that retells the OG Star Wars story with panache and humor, it's a solid pick-up.