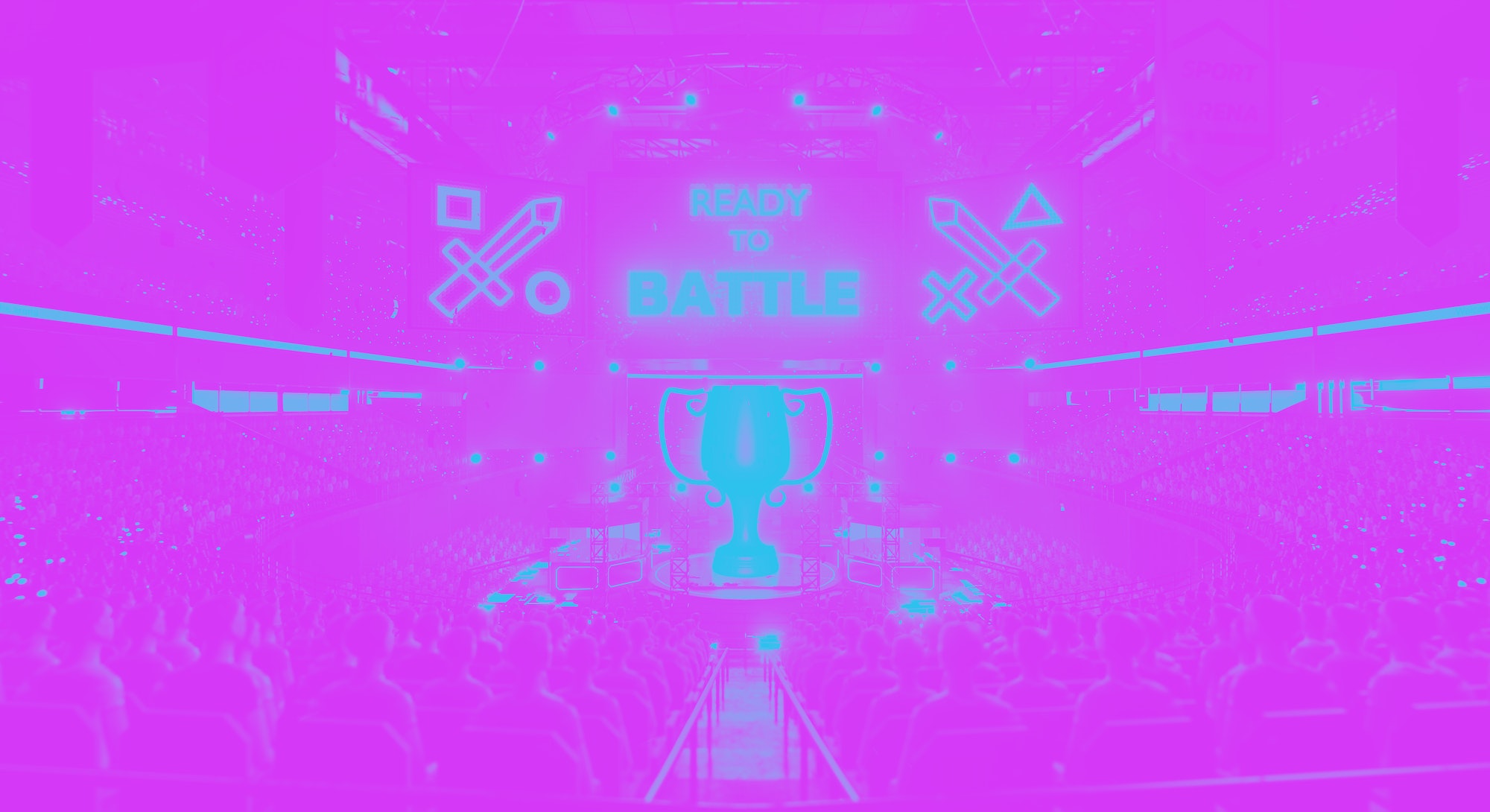 Prior to its incarnation in 2011, esports comprised a decentralized and confusing ecosystem without a streaming hub for fans and gaming enthusiasts. While Twitch solved that problem, its sheer dominance in the space is giving rise to a new one — profitability.

“Twitch not only massively reduced the costs of being able to distribute video worldwide, it also gave tournament organizers and streamers a robust set of analytics that they didn't have access to before,” explains Will Partin, an esports researcher and consultant. “So organizers could go to sponsors and list off data that they would be looking for, instead of just giving the peak number of viewers and a couple of photos.”

Nearly a decade has passed since and Twitch has grown alongside the burgeoning industry. Amazon's takeover in 2014 cost the retail giant $970 million, but that investment paid off, as Twitch currently boasts over 50 million monthly visitors. While the esports industry has mostly matured alongside it, it remains venture capitalist-led rather than self-sustaining.

“Everyone in the industry is, to a degree, betting on media rights maturing as a revenue source,” says Luke Cotton, an esports consultant at Code Red Esports. “It’s very under-monetized at the moment, compared to where it could be.”

The paths that many traditional sports have pursued in order to become financially independent have often included lucrative, exclusive rights deals. Fans tend to be upset at the increased costs for a couple of years but participating teams see the benefit (albeit to differing extents) of the profits downstream.

In esports, most revenue comes from sponsorship deals; developing media rights deals would enable teams, leagues, and tournament organizers to diversify their revenue streams and reduce the industry’s financial precarity.

Media rights deals have long been touted as a sign of maturity for esports, but their emergence has been slower than anticipated. In 2018 Newzoo predicted that revenue from media rights would amount to nearly $400 million (24 percent of all revenue) by 2021. Their 2020 forecast, however, predicted media rights revenue would be just $185.4 million (17 percent) in 2020, under half of previous estimates.

“The Premier League in soccer, for example, will sell hundreds of media rights deals in geographies all over the world,” says Jakob Lund Kristensen, founder of Astralis Gaming. “Whereas Twitch by its nature is global and free. So you have an audience which is used to getting a very high level product, anywhere they want, for free. If you're giving something at a very high quality to someone for free for years, it’s difficult to turn around and say 'Look, you know, now you need to pay for it.'”

“Twitch was a fundamental driver of the globalization and the success of esports, and in many ways it’s been great for the industry,” explains Kristensen. “The problem is that globalization and that expansion has occurred in an infrastructure that, from a commercial standpoint, is very hard to escape.”

“Twitch took esports global before it went regional... It pretty much has a monopoly on media rights.”

In other words, esports’ commercial infrastructure simply hasn’t had time to adapt.

“Twitch took esports global before it went regional, which didn’t happen for traditional sports,” explains Kieran Holmes-Darby, co-founder of esports organization Excel Gaming. “It pretty much has a monopoly on media rights.”

This lack of competition means Twitch has less incentive to invest in competitive esports’ growth than a new broadcaster entering the scene.

“While they are incentivized to grow viewership of any game to boost their ad revenue, they also know that they don't need to fork out of their pockets at the moment for esports content,” explains Holmes-Darby. “They believe that they're sitting in such a strong position that people will come to their platform regardless.”

But why would Twitch spend money improving a product it’s so dominant in? “It’s ludicrous that you can’t rewind, for example, on Twitch,” says Tomi Kovanen, COO of Immortals Gaming Club. “But that’s not what people go there for; it’s for the chat and the community experience, and it’s habitual and hard to shift.”

Kristensen has seen the value that alternative broadcasters can bring to esports first-hand. TV 2, one of Denmark’s largest broadcasting corporations, has shown Counter Strike broadcasts since 2018. “Astralis and RFRSH used to be the biggest drivers of Counter Strike in Denmark. Now it’s TV 2,” he says. “Because they have the rights, they’re interested in pushing the sport forward and expanding its reach.”

Linear broadcasters face unique challenges in this regard. “It’s odd because everything we broadcast can be found on Twitch or YouTube for free, and that’s something that probably scares potential broadcasters off,” explains Kasper Alstrup, esports editor at TV 2. “But it’s also daunting to find someone with the required know-how for an esports broadcast — thankfully, we went with a host and commentators from within the CS:GO scene.”

There are ways to access the esports fanbase other than via competitive esports, though. BBC Three, for example, recently produced a documentary chronicling Excel’s journey in the inaugural season of the LEC.

“People who want to watch English-language competitive League know where to find it — on Twitch.” says Holmes-Darby. “And people who tune into a competitive esports broadcast for the first time on TV are going to be very confused; our documentary would be a better entry point as it gives them an easier way in.”

In the future, this is perhaps where we’ll start to see increased involvement from those entering the market, similar to Amazon Prime’s swiftly developed portfolio of sports documentaries, which aired as it chased after media rights in numerous sports.

If they do decide to take the plunge, the challenge for potential broadcasters lies in creating a competitive, engaging product.

“Consumers are sourcing and, more importantly, engaging with content from other digital channels” says Sam Collins, Head of Commercial and esports at Ukie. “There’s still an opportunity for forward-thinking television companies to target the esports audience, but so far there is little evidence they are ready to invest in an authentic, consumer-engaging approach.”

“The format of most esports events doesn’t fit the traditional channel scheduling of TV stations.”

While exclusive rights deals have been few and far between in esports, in recent years the two video games streaming behemoths — Twitch and YouTube Gaming — have started to dip their toes in the media rights water.

Back in 2018, Twitch paid $90 million for exclusive rights to the Overwatch League. This saw some interesting concepts emerge, as the OWL channel was set apart from all other channels on the site visually, while OWL viewers were privy to site-wide perks.

“It’s pretty much a public secret at this point that Twitch lost a lot of money there,” says Partin. “It’s unlikely we’ll see a single-league deal of that magnitude again, outside of League of Legends.” It’s estimated that Twitch lost in excess of $30 million a season on the deal.

“Esports lives on YouTube Gaming,” said Ryan Watt, Head of Gaming and Commerce at YouTube, in a tweet that was reminiscent of the entertainment industry’s so-called streaming wars.

Such deals could pose issues for professional players, who tend to moonlight as streamers and content creators during their spare time (as well as when they retire). “We don’t own the players’ channels, so how and where they make content is up to them,” says Tracy Parkes, Partnerships Manager at Team Liquid. “But if they’re creating content exclusively on Twitch while all the competitions they play in are on YouTube, that’s not going to be in their best interest.”

Moreover, Twitch and YouTube — as well as sites like Facebook Gaming and Mixer — have played a crucial role in helping this side of the industry grow. “Twitch and YouTube have provided content creators with monetization tools,” says Kelvin Tan. “That’s partially what has made them the nexus for esports spectatorship.”

Twitch itself struck a deal with ESL and DreamHack last April, gaining rights to a range of CS:GO, StarCraft II and Warcraft III tournaments. While these rights are non-exclusive to begin with, Twitch will gain exclusivity for English-language rights this year, with exceptions for ESL’s other broadcast partners.

“Twitch [is] the dominant player, delivering the biggest esports audiences,” says Frank Uddo, ESL’s Senior Vice President of Media Rights. “It would be trickier to do an exclusive deal with a nascent platform that didn’t have that guarantee of deliverable, large reach.”

For the industry to develop financially, such deals will have to become the norm rather than outliers.

Despite a lack of media rights maturity, esports continues to be an attractive space for investors due to its relative youth and highly coveted viewer demographics.

“There are investments coming into the esports industry at the moment on its future potential,” says Robin McCammon, Excel Gaming’s COO. “And in the back of everyone's minds or potentially in the front of everyone's pitch decks are media rights — we’re not ready to give up on the idea that they could be a lucrative area for us to develop in the future.”

Opinions differ as to how exactly the industry should develop those revenue streams, though.

“In this kind of growth stage, you’re better off eating some of the losses up front, so that you can grow the audience to be a bigger 'pie' which can be monetized at a later date,” says Kovanen. “It’d be hard to shift people beyond a paywall at the moment, but it’ll happen at some point — probably from a new entrant to the scene — and there will be backlash to begin with.”

“I don’t think pay-per-view is the solution,” says Kristensen. “I think the way forward lies in finding localized partners who want to build up the brand of a game or a league.” Such reciprocity between linear broadcasters and streaming services would keep the content where fans want it — on the web.

There are options outside of rights deals, too. “What Riot Games does is a good example of where the scene could go, revenue-wise,” says Parkes. “Where you pay five bucks as you watch League of Legends, and you get rewards in-game.” This incentivizes esports viewing without pay-walling.

Opportunities abound. The next few months and years could represent a significant period of maturity for the industry.

The esports ecosystem continues to represent a complex jigsaw made up of a myriad of competing interests, from big names like Amazon and Google to game publishers, tournament organizers, and team owners. We may be heading towards an ecosystem defined by a mix of competitiveness and reciprocity, where linear and digital esports coverage complements streaming services such as YouTube and Twitch, who compete for exclusive rights of competitive esports.

“Esports is still very young,” says Kasper Alstrup. “Even three years ago, it was way less developed than it is now. The puzzle pieces are slowly falling into place.”