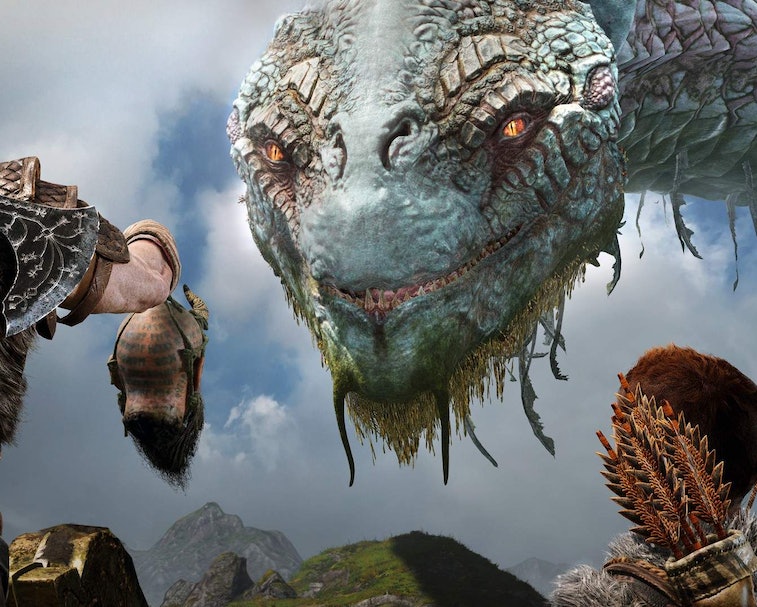 Deep cuts — So did GTA V, the best-selling game of all time, add "best video game of all time" to its list of superlatives? Sadly, no. That title (as determined by IGN's readers) goes to the true hidden gem, 2018's God of War reboot. If you're curious, Grand Theft Auto: San Andreas and The Legend of Zelda: Breath of the Wild fell in the round of 4.

Now, let's be fair: IGN is one of the biggest gaming sites in the world, so it only makes sense that familiar triple-A fare would dominate this popularity contest. That said, this is a particularly brutal bracket if your taste doesn't entirely line up with those of your everyday gamer, with basically nothing in the way of actual "deep cuts" or offbeat choices. (IGN editors collectively chose the 64 entrants, so you can't blame this one on their readership.)

You can see the full bracket below:

No surprises — The games are mostly standout big-budget single-player games from the past decade or so, with a smattering of legitimate pre-2000 classics like Tetris and Street Fighter 2. It also includes several popular multiplayer games of today, like Overwatch, Fortnite, and League of Legends, which feels a bit like apples and oranges, but that sort of problem is inherent to these polls. Additionally, some of the representatives of classic franchises (such as Pokemon Yellow, Halo 2, and Batman: Arkham City) are arguably off-base, but that's a matter of personal taste.

It seems almost pointless to go over the specific matchups that led to this conclusion, but there were definitely some head-scratchers. Burnout 3: Takedown soaring over Chrono Trigger is a rules violation of the first order, and how exactly Rise of the Tomb Raider beat Half-Life 2 will be debated for years by gaming scientists.

We love Geraldo — But more than anything, a look at this bracket brings a single question to mind: who exactly is this for? Do we really need yet another "best game ever" poll to inform us that yes, self-identified Gamers think that Grand Theft Auto is pretty great, or that The Witcher 3: Wild Hunt ranks among the true classics? These sorts of gaming royal rumbles have been a staple of the internet since the era of Final Fantasy VII vs. Ocarina of Time forum wars, and they rarely produce anything in the way of interesting opinions, and certainly not consensus.

In 2021, this sort of match-up seems more likely to cause loud arguments at your local elementary schoolyard than anything else. Or maybe we're all just tired of hearing about the same 100 "classic games" over and over. Trust us on this one: there are plenty of true "deep cuts" that IGN editors would rather write about — ask me about Klonoa 2: Lunatea's Veil — than producing yet another one of these played-out contests.

Maybe it's time for them to put together a "most underrated game of all time" contest. (Just kidding, we all know that some well-known tripe like Psychonauts would win in a landslide.) Or perhaps IGN is running a long con here: teachers call it playground horseplay, but the SEO paymasters call it "engagement." Either way, this is one annual gaming exercise that should probably be put out to pasture for a few years.