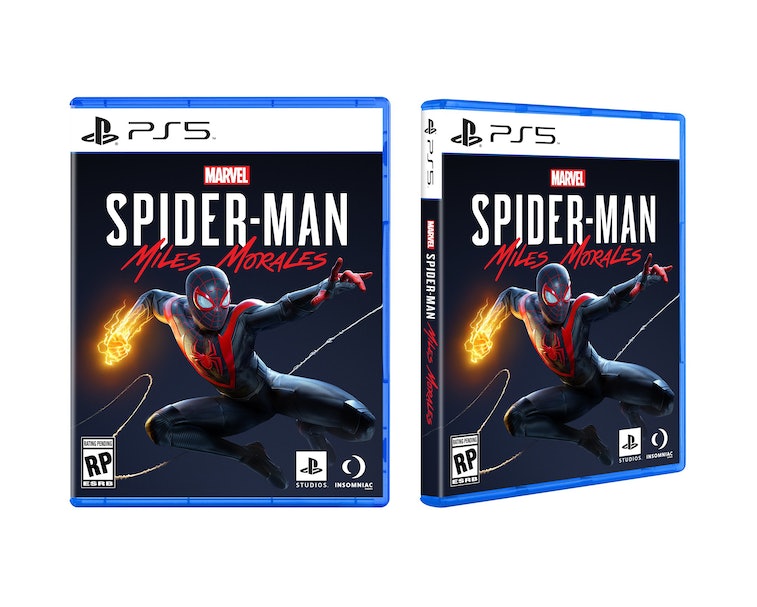 Sony has unveiled the packaging for Spider-Man: Miles Morales for the PlayStation 5, revealing in the process what might well be the last iteration of physical packaging for the company's games. With many consumers opting to download games rather than buy physical copies — and both Sony and rival Xbox set to offer optical-drive-free versions of their next-gen consoles this year — physical games are an endangered species.

Plenty of titles incoming — Last month Sony gave us a pretty lengthy list of the titles the PS5 will offer when it goes on sale this holiday season. In addition to Spider-Man, there's a new Ratchet and Clank title, a glorious looking first-person game from a cat's-eye view called Stray, and other gems like the visually stunning Ghostwire: Tokyo, Astro's Playroom, and Horizon Forbidden West.

Less controversial than the console — There's not much to gripe about Sony's packaging decisions. Unlike the actual PS5 — which has generated some great meme action online thanks to its unusual appearance — the game box is, well, pretty pedestrian. It matches the console's palette, but thankfully sticks to the tried and tested tradition of making physical games easy to shelve and browse, like paperbacks or Blu-ray discs.

If we're going to get any novel packaging design that'll ruin the order and continuity of our games shelf it's likely to come from the special edition version of the PS5 console that Matt MacLaurin, PlayStation’s vice president of UX design, posted about on LinkedIn in a now-deleted post. But even then, that might never happen. Because there are no guarantees special editions won't be wholly digital.