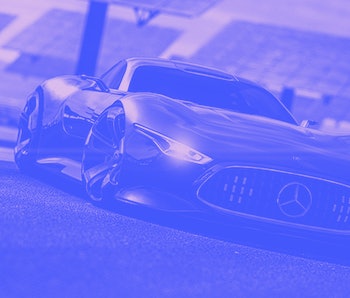 Microtransactions are very much an accepted part of the gaming ecosystem these days, but some triple-A developers take it too far. Now, after a controversial patch reduced the credit payouts from key races in Gran Turismo 7, players are taking matters into their own hands by using an exploit to grind out millions of credits while they're off doing other tasks, like doing the dishes or sleeping.

As we discussed in a recent story, Gran Turismo 7's launch has been rather unpleasant, as many fans have complained that the more expensive cars in its online store are far too pricey to obtain through regular play. Indeed, GT7's prices are far higher than previous entries in the series, with some particularly desirable vehicles costing the equivalent of $30 or $40 alone.

The situation is so bad that a player who goes by Septomor wrote a script that makes the game essentially play itself on PC. Players on PS4 or PS5 can use Remote Play to set up Gran Turismo 7 on their home PC, then they can run the script to earn about 500,000 credits per hour. The script is set to repeat the same race with the same car over and over, with minimal input from the player.

Ironically, series director Kazunori Yamauchi recently wrote that he wanted to avoid the problem of players "mechanically replaying certain events over and over again." Unfortunately, it seems that that's exactly the problem that these players have with the game, hence the cheats.

For context, if you ran it for an entire day, that's about 12 million credits, which is the equivalent of $120 that you could spend on the Mystery Machine from Scooby-Doo, or whatever weird cars you want to buy. While we haven't tried the method for ourselves, players are reporting that it works with a little fiddling on their part.

Given that developer Polyphony Digital already reduced the payout from races once, don't be surprised if this exploit gets patched somehow in the meantime. For now, however, if you're tired of racing in a cheap hunk of junk and you can't afford the next big thing — just like in real life! — maybe give this script a try.