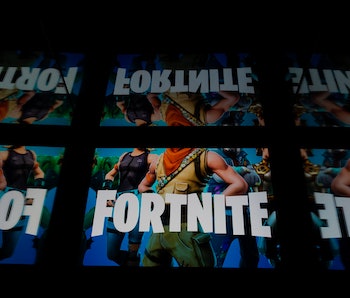 Once upon a time, Travis Scott's Fortnite concert was one of the biggest gaming stories of the year, and a testament to the power of video games to bring us closer together. Now, following the artist's tragic concert in Houston, which left eight dead and many more injured, Fortnite can't move away from the artist fast enough. Epic Games has removed a Scott-themed dance emote called "Out West" from the game's daily shop.

Considering the situation, it's easy to understand why publisher Epic Games would make this decision, but they've gone about it in a very roundabout way. The official Fortnite Status Twitter account posted a bizarrely-phrased tweet announcing that the "daily" section of the Item Shop has been disabled. That tweet did not mention Scott or the emote, though Fortnite fans have noted that the emote was planned to be included in the daily shop to coincide with end of Astroworld.

A needless tragedy — While the circumstances of the deadly concert are still under investigation, reports suggest that the eight deaths and hundreds of injuries were caused by a crowd surge during Travis Scott's performance. Over 300 people were treated at a makeshift hospital set up to treat the injured on Friday. Some concert-goers are still in critical condition as of this writing, and Scott has already been sued by at least one Texas law firm for "inciting mayhem."

Most Fortnite fans have applauded the decision to remove the emote — at least temporarily — in the wake of what occurred over the weekend. Currently, players who own the Travis Scott character skin or the emote can still use them in-game, and some players are calling for a temporary lock on the content to prevent griefing and other misuse. Generally speaking, Epic does not discuss matters like this publicly, so it is unlikely that we will see anything in the way of a statement besides this tweet.