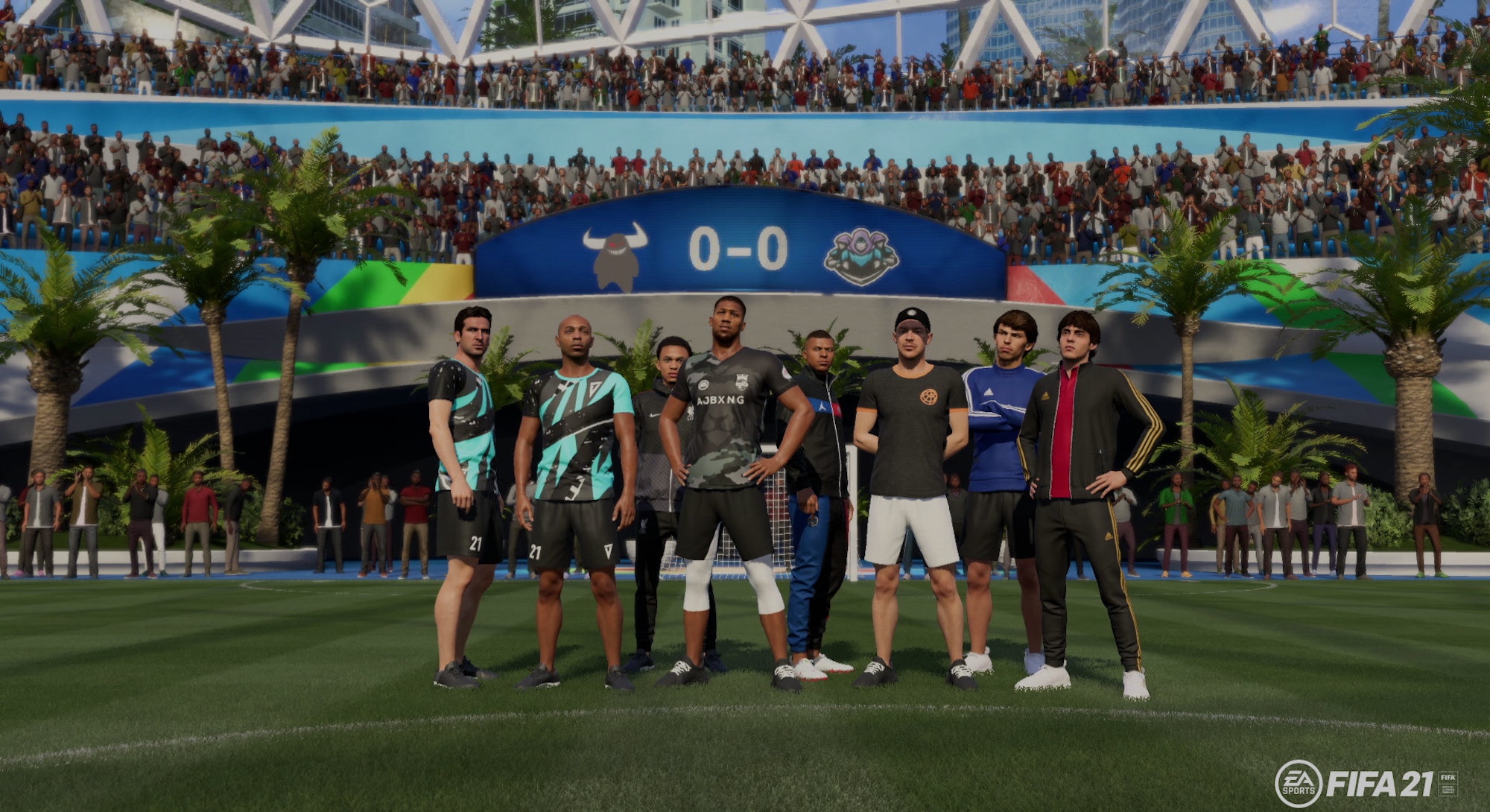 After debuting "Volta" in FIFA 20, EA Sports is ready to make its street football mode bigger and better than ever.

Volta, which replaced "The Journey" after three years as a standalone mode in the game, takes soccer from stadiums to the streets with teams of three, four, and five players. With echoes of the dormant FIFA Street franchise, Volta provides a more casual entry into soccer gameplay by making the game simpler.

In its first year, it also took on a whole new aesthetic by creating 17 different “playgrounds,” channeling their respective cities, and a host of unlockable apparel to customize your character. Volta provided a breath of fresh air for the FIFA franchise, but the gameplay could be clunky at times and the options for play were somewhat limited.

With FIFA 21, EA Sports seeks to address those concerns with improved mechanics and a new focus on community. Two new game modes are coming to Volta in addition to the new story mode titled The Debut. Volta Squads will allow players to play online cooperatively with four other players on their team and climb a tiered ranking system. Featured Battles also has an online component, allowing players to play against AI teams and other player-controlled teams to unlock new players for their squad and other rewards.

“The biggest takeaway that we’ve heard is that people really wanted to play socially with their friends and play competitively with other people,” said Garreth Reeder, a line producer at EA Sports. “We didn’t feel like we’d be able to deliver it at a high enough quality standard [in FIFA 20] so it immediately shifted to the biggest focus we wanted to drive in FIFA 21.”

In addition to the increased social component, Featured Battles also brings in personalities from outside the direct world of soccer known as “Groundbreakers.” Diplo, the DJ and co-owner of Phoenix Rising FC, and Anthony Joshua, a professional boxer and soccer player in his youth, both have their own squads to match up against and if defeated, can be unlocked as playable characters.

“It’s pretty wild that I’m going to be a character in a video game, and in one of my all-time faves, FIFA, no less,” Diplo told Input in an email. “I grew up playing football, and it’s become an even bigger part of my life as an adult, whether it’s with my team, DJ soccer in LA (if you know you know) or streaming FIFA with the boys. Maybe my kids will finally think I’m cool.”

Along with the wide range of apparel options, which will also see an expansion, the inclusion of Diplo and Joshua signal Volta’s bid to make Volta something of a lifestyle brand for the FIFA franchise.

“It’s great to see the worlds of global football and boxing collide.”

“I’ve been playing FIFA for years, so it’s really exciting to see myself come to life in Volta,” Joshua said in an email. “When I started my career, I never would have imagined being in a game like this. It’s great to see the worlds of global football and boxing collide.”

Volta’s story mode, which last year centered on a street footballer nicknamed “Remmy,” will return in FIFA 21 but is non-episodic. Now called The Debut, the story will be starred by a new Sao Paulo-based player in a story with the legendary Brazillian Kaká as a primary character. Other real players from the pros and the world of street soccer will be featured in the narrative, including a return from freestyle footballer Kotaro Tokuda. Much like last year’s story, the short campaign is intended as a kind-of onboarding for Volta gameplay — only there will be much more to do upon completion.

Reeder says the move away from a multi-game story was done to appease new FIFA players who may have lost some of the context from The Journey. Through The Debut, they’ll be able to get oriented with Volta while acquiring players and gear for their team in Featured Battles.

The new crop of gear will consist of original creations from EA Sports and real-world pieces brands like Nike and Adidas, including gear from some of the top clubs in the world. Reeder says the team has tried to strike a balance amongst the offerings, with some flashy pieces being more videogame centric and others that channel current street style. It may not offer the same degree of customization, but the room for sartorial expression follows what was a massive moment for Animal Crossing during the initial outbreak of COVID-19.

Hector Bellerin, who’s without a doubt the most stylish active footballer, has been given free reign to design a collection of apparel for Volta. His items will roll out over the course of the year, starting with a vegan faux leather jacket and beach pattern bucket hat “straight from his camera roll.”

EA Sports also says there will be pieces to support social issues relevant to soccer, although Reeder was not yet able to confirm which issues exactly. Hopefully, we’ll see apparel related to Black Lives Matter, which was bolstered throughout European soccer after its in-season hiatus because of the pandemic.

On the gameplay front, more minute dribbling control will carry over from the title at large — but skill moves will also be easier to use within Volta by using the right bumper and right joystick. Nutmegs will be more common in one-on-one scenarios, and if the player’s in the right position, blocks will be more automatic because of tweaks in the A.I.

FIFA players can be notoriously hard to please and are discerning about the fine details of soccer gameplay. While their focus will be more turned to Career Mode, Ultimate Team, and other full matches, we’ll be excited to see if Volta does serve as an improvement over its debut. By nature, Volta is for more casual FIFA players — but it can still be a nice escape from the intensity of hardcore play.

This article was originally published on Sep. 29, 2020