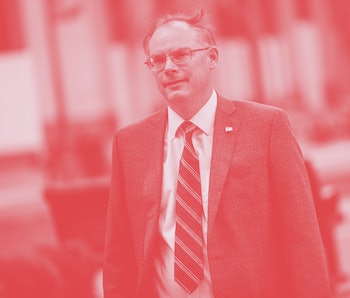 CEOs of multi-billion dollar companies rarely concern themselves with the replies of standard civilian Twitter accounts — but “rarely” is the operative word here. This guy attracted the attention of Tim Sweeney, CEO of Epic Games, after lambasting a fan-made crypto project dubbed, Fortnite Token, — a project that is, in fact, not affiliated with Fortnite whatsoever but owes its namesake to the massively popular battle royale game.

While Fortnite Token was announced back in December, 2021, the cryptocurrency failed to gain much traction (as of writing this, the account has less than 2,000 followers). But a recent announcement at the end of May regarding an NFT drop managed to catch Sweeney’s attention.

Sweeney responded to a number of posts from Fortnite Token that date back to February calling the project a scam nine separate times. Whoever is behind the account decided to clap back, claiming the crypto venture was a “fair-launch, community-driven, Fortnite game fans-created cryptocurrency project with no specified owner or company structured behind it or a CEO deciding on its future.”

This explanation might make sense if the project in question didn’t entirely mirror an existing brand, let alone a global force as notable as Fortnite. To cap off his string of replies, Sweeney let his followers know that “Epic’s lawyers are on it.”

It’s all about family — For any project to be community-driven, there has to be an existing community for said project. Fortnite Token has a subreddit with 87 members, and there has been virtually no activity within the page. Out of the six comments within the live chat, four appear to be written by bots and the other two come from one user who noted the project was a scam twice.

Since the project’s NFTs became available on OpenSea there has been no trading activity, with four total owners.

To be clear, I’m the last person to shill for billionaires, but everything about this project screams fraudulent. There is no goal or cohesive explanation for Fortnite Token, outside of the fact that it’s a decentralized form of currency. As far as the aesthetics go, everything is blatantly copied from Fortnite itself. All of the information on the project’s site regurgitate basic information about cryptocurrency and the whole thing reads like a student-made case study for an entry-level business course.