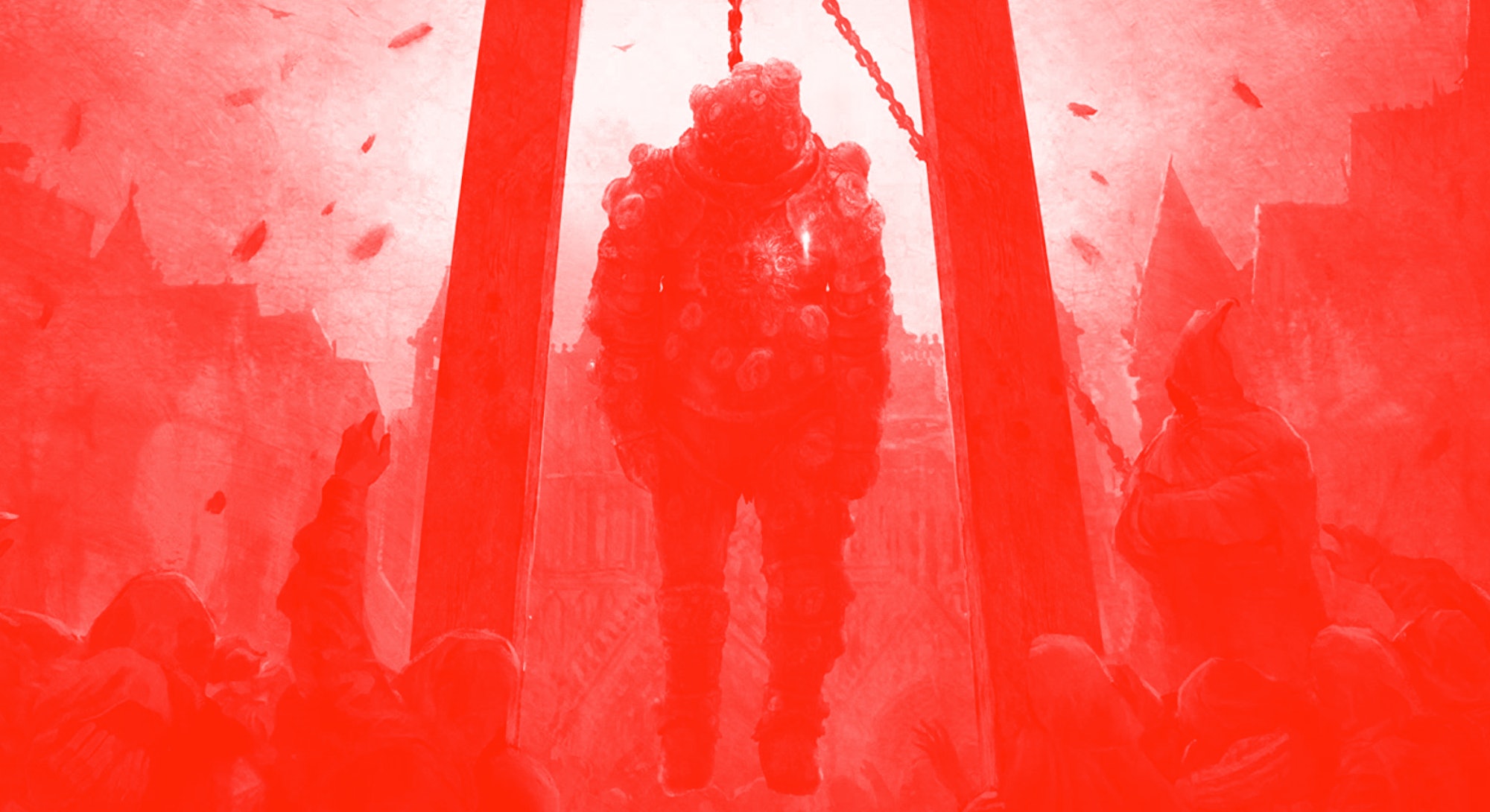 All of your NPC friends stop talking to you, the shopkeepers won't buy your junk anymore, and the music gets all depressing, to boot. Unless you're a particularly depraved soul, the only reason to take the bad path is to rack up all the achievements, or perhaps just to indulge a sick curiosity.

But Elden Ring is the rare game that actually puts care and thought into its two "evil paths" — and if you dive into the game's lore, you'll find yourself wondering if they're even that evil to begin with.

Warning: serious spoilers for Elden Ring's endings ahead, as well as some lore you may have missed.

As you might already know, Elden Ring has three main endings. According to achievement stats, most Elden Ring players tend to choose the "better" of the game's two hidden endings, "Age of the Stars," or the default ending, "Elden Lord." (It's a little more complicated than this, but the numbers generally hold; more on that later.) The other hidden ending, "Lord of Frenzied Flame," is by far the least popular, with less than half the completion rate of Ranni's Age of Stars.

Now, while it's true that the Frenzied Flame ending is significantly more hidden than the other two options — at least by some standards — I think the real reason for its low follow-through is that it's clearly the most "evil" of the core endings. Ranni's ending has you abandoning the path of the titular Golden Order altogether in an attempt to subvert the influence of the mysterious "Greater Will." The Elden Lord ending sees you attempt to put the world back together using the tools of Queen Marika's reign — however ineffectual that might be. (There are actually a few different versions of the Elden Lord ending, and some are arguably better than others.)

The Frenzied Flame has you set the world ablaze to finally put an end to the endless cycle of violence and undeath that has plagued the Lands Between. You choose fire and oblivion instead of attempting to restore a fractured lineage that you might not be able to put back together again anyway. It's clearly the worst option of the bunch. Or is it? It depends on what you believe.

To be fair to most Elden Ring players, your encounters with followers (or perhaps carriers?) of the Frenzied Flame are not exactly pleasant. The yellow-eyed rats and crazed cultists that you find in certain areas of the game inflict a status ailment called "madness," which deals a ton of damage and causes you to become stunned for a few moments. There's even a giant eye on a hill that slowly inflicts the ailment unless you take shelter from it, just like a certain massive brain in Bloodborne that's memorable for all the wrong reasons.

The main carrot that Frenzied Flame route dangles in your face is pretty simple: in order to burn the Erdtree and beat the game, your lovely maiden friend Melina must sacrifice herself at the forge of the giants. If you embrace the Frenzied Flame — as one late-game NPC suggests to you — you can set the tree aflame without her help. Of course, Melina doesn't have much in the way of personality and she immediately disowns you once you let the flame scar up your body, so it's not much of a tasty carrot after all. It almost feels like a trap option, especially once your head turns into one of those giant eyes in the final cutscene.

Despite this, there's actually quite a lot of depth behind the Frenzied Flame concept — all of which you can find out for yourself in-game with a little digging. For one thing, there's an entire questline with an NPC named Hyetta that explains how the Flame came about, and the argument for following it.

Penitents of the Flame believe that the "Greater Will" — a god-like entity that is the power behind the Golden Order and many other aspects of the game's world — made a mistake in creating life altogether, causing "fractures, torment, and affliction." The Flame wants to melt all life from the Lands Between in order to wipe the slate clean and restore the purity of the chaotic origins of the world. You might consider it a hard reset — or maybe not. It’s ultimately up to you to decide if the lands are worth saving or not.

But while not everyone is down with holy fire, the true identity of the Flame's masters is one of Elden Ring's more intriguing secrets. In order to find the Frenzied Flame itself, you must make your way to the bottom of the capital sewers — one of the most unpleasant areas of any FromSoftware game, but for good reason. There, along with a lengthy platforming section, you'll find a massive pile of corpses. While there are many such bodies in Elden Ring, if you examine these particular corpses, you'll notice that they all look like the nomadic merchants that you encounter throughout the game. (Some are even still alive.)

As with many of Elden Ring's questlines, we see that the so-called Golden Order aren't exactly the shining good guys...

If you rifle through item descriptions a bit, you can find a clue as to why all of these merchants died underground in the first place. According to the Nomadic Merchant's Set, the clan of the merchants was "accused of heretical beliefs" and "buried alive far underground." Consumed by despair, they summoned the flame of frenzy to take revenge. Various items reveal the Frenzied Flame to be the influence of another outer god that stands against the Greater Will — the nomadic merchants simply invoked it.

As with many of Elden Ring's questlines, we see that the so-called Golden Order aren't exactly the shining good guys that you see in other fantasy games. The Greater Will might be a god, but it doesn't exactly take kindly to those who are different from the norm. We see this not only in the merchants, but also in the Omen characters we meet throughout the game, including Morgott, a royal prince who was shunned due to his "cursed" horns. Other item descriptions make it clear that Omen's horns were considered "signifiers of the divine" in previous generations, but that the advent of the Golden Order changed that.

To make matters more complicated, there's another "evil path" in Elden Ring where you side with an NPC known as the Dung-Eater in order to curse the land forevermore with a pox of his creation. While you can ultimately choose to doom the land as part of the Elden Lord ending, this path feels much more in line with the bad paths you see in other video games — more evil for the sake of evil than anything else. Still, there's still some depth to be plumbed.

The item descriptions surrounding the shardbearer Mohg, Lord of Blood (who is also an Omen, by the way) show that he worshiped yet another outer god known as the "Formless Mother," which "craves wounds." It's not altogether clear, but this seems to indicate that the Dung-Eater and his curse are somehow connected with this god, much like the Frenzied Flame.

What's even stranger is that the Dung Eater's armor suggests that he wasn't even an Omen himself; he designed his armor to appear like the gnarled knots of an Omen because he wanted to be one. Personally, I interpret this as a sort of twisted victim complex. The Dung Eater knew that the Omens had good reason to hate the Golden Order, so he dressed like one to give himself an excuse to kill and curse thousands of corpses. As the two major Omens in the game, however, Morgott and Mohg chose different paths. Morgott defends the Order to the bitter end despite its rejection of his kind, and Mohg's plan is so dark and spoiler-ific that I'll let you Google it yourself. Suffice to say that it makes a certain kind of sense.

Regardless, the Dung Eater is as close to pure evil as you'll find in Elden Ring, and the fact that the game gives you the ability to do his bidding — no matter how wretched of an outcome it might produce — is a testament to its epic scale.

As a whole, Elden Ring is not a game about good versus evil, though there is certainly good and evil in it. It's a story of a land riven between different factions, most of which are backed by different "outer gods" that seek to manipulate the Lands Between to their own unknowable ends. Compare that to the "evil paths" in almost any RPG series — with the possible exceptions of Shin Megami Tensei and various BioWare games — and I think it's safe to say that Elden Ring comes out on top.