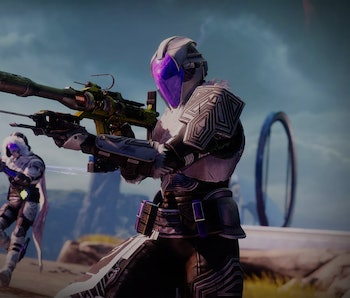 Unless you frequent your local barcade, you probably haven't had a game prompt you to insert more quarters in quite a while. But a modern version of that happened to one Destiny 2 player, who found themselves entirely unable to perform basic abilities in a Crucible match after their Xbox Game Pass subscription expired.

According to Redditor Tintar, they were playing one of Destiny 2's PvP modes when they discovered that they couldn't use any of their class abilities, including the standard melee attack. When the match ended, Tintar discovered the apparent cause of this glitch: their Xbox Game Pass subscription had expired, which meant that they had lost access to Destiny 2: Beyond Light. Soon after, we're greeted with an ad that asked them if they wanted to purchase Beyond Light for themselves.

Lockout — If you aren't familiar, Beyond Light is a significant expansion for the live shooter that launched last year. It added Stasis-type options for each of the game's main classes. Tintar was using the Stasis subclass on their Hunter when their subscription expired, which meant that they were technically using content that they no longer had access to. Tintar compares it to "renting" the content, which many people did with video games at stores like Blockbuster back in the day.

New era — As with many of the strange happenings that Destiny 2 players have reported over the years, this is likely just an unfortunate glitch that will soon be fixed by developer Bungie. However, it's a stark reminder (especially to poor Tintar) that the question of "ownership" over our video games has become a lot more complicated in recent years.

While you technically haven't "owned" any of your disc-based games for a while now due to crafty legalistic strategies on the part of major publishers, and the existence of access-based storefronts like Steam, the introduction of subscription services has made it even more difficult to wrap your head around. Xbox Game Pass has become popular over the past year or two, but its line-up is ever-shifting — if you add one of its games to your backlog, don't be surprised if it's not on the service anymore by the time you get around to playing it six months later.

Insert coin — Though it seems pretty unlikely that your Xbox Series X will ask you to swipe a credit card in order to get another crack at the final boss, the economics of the video game space are changing — just like they did in the transition from the arcade to the home market. Tintar just got a particularly nasty taste of it from an unexpected place.