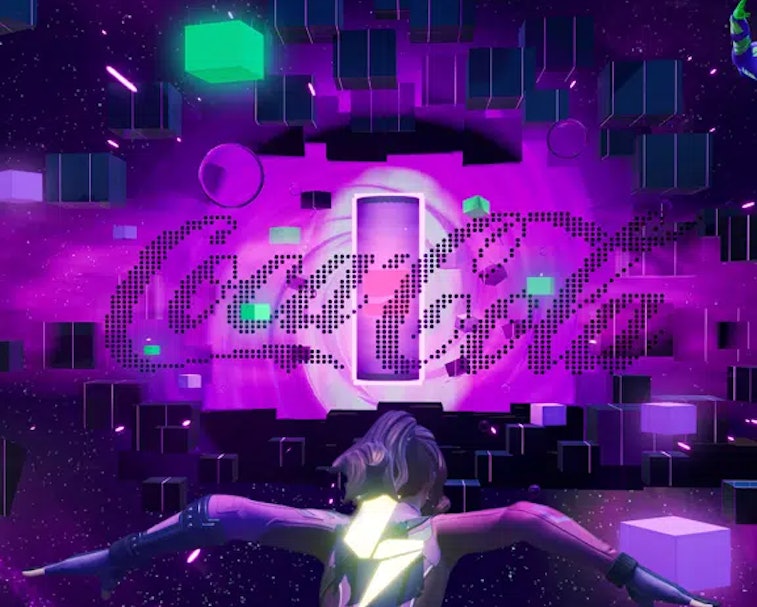 The second entry to Coca-Cola’s Creations project arrives in the form “Coca-Cola Zero Sugar Byte.” — a drink that’s supposed to evoke the gaming experience by “bringing the flavor of pixels to life.” Byte comes packaged in a retro-looking can reminiscent of an arcade game from Atari.

It will release first within the world of Fortnite in its own world called Pixel Point. For the next month, you’ll only be able to enjoy the drink virtually before it hits the real-world on May 2, where twin packs of 12.5-oz cans will be available to order online.

Aside from hosting metaverse versions of the pixel-flavored “Byte,” Pixel Point offers a variety of mini-games for users to interact with others. There are four, “sensory-inspired,” mini-games that include: The Castle, The Escape, The Race, and The Tower. The only way to progress through each challenge is to team up with other players, who are also trying to make their way up a sprawling tower. Upon Byte’s physical release, people will be able to scan a QR code on the can that will give them access to an augmented reality game through the Coca-Cola Creations website.

You can find the access code to Pixel Point here.

Ok, but what exactly does “pixel-flavored” mean?— Great question. Theoretically, anything related to pixel-flavoring should probably be tasteless, given that a pixel is just a microscopic square arranged in a digital image right? Not according to Coke apparently.

A cross-functional team at the company aimed to “bring pixels alive in a taste experience,” by merging a “bright, upfront taste,” with a “refreshing finish,” to establish the sensation of booting up a game or console. To be completely frank, the description reads to me like Sprite or Sierra Mist, but maybe I’m not fully giving into the idea.

Interestingly enough, the metaverse’s Pixel Point is not connected in an official capacity to Fortnite or Epic Games. Instead Fortnite Creative is being leveraged as a digital arena for the brand activation, similar to the futuristic version of renting out a physical space to a company for some sort of event. Expect to see more product trials that take place in the metaverse in the future.