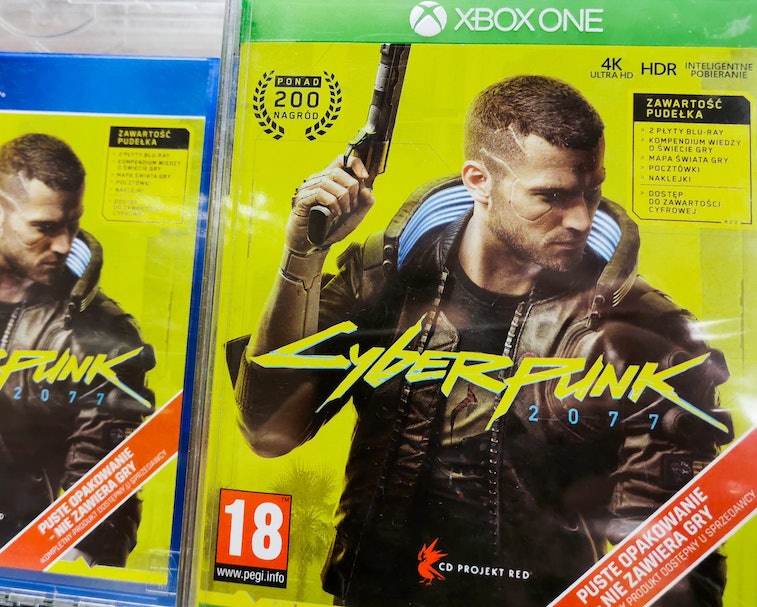 The sci-fi roleplaying game Cyberpunk 2077 had a disastrous release, but now its makers have finally entered negotiations to resolve one class-action lawsuit.

Poland-based game publisher CD Projekt Red (CDPR) posted a press release yesterday, asserting that it has “entered into negotiations concerning a potential settlement. Should a consensus be reached… the parties will file for its approval by the court.”

Dashed dreams — In 2019, when Matrix actor Keanu Reeves signed on to Cyberpunk 2077 and became the game’s poster child, fan expectations couldn’t have been higher. Cyberpunk was supposed to be the must-have neo-noir RPG. But its rushed production led to major quality issues.

In fact, the game was so filled with bugs upon its release in December 2020 that it was “virtually unplayable,” according to one lawsuit. And graphically, the game just looked bad on most machines.

Financial fallout — As a result, Sony removed Cyberpunk 2077 from its PlayStation Store almost immediately after launch and didn’t add it again until over six months later. The game was a clear flop, players demanded refunds and investors decided to take legal action against CDPR, alleging securities fraud.

How did this happen? — Earlier this year, it was revealed that CDPR’s workplace culture caused employee burnout and may have contributed to Cyberpunk’s failure.

As one former CDPR audio engineer Adrian Jakubiak told Game Informer, employees often worked 13-hour days. To make matters worse, supervisors were often flippant and avoidant when it came to genuine development queries and concerns. Jakubiak said that he was told that the company would just “figure it out along the way.”

The irony about Cyberpunk’s failure is that while its developers felt rushed and exhausted, the game had been in talks for nearly a decade before its release. When Cyberpunk 2077 was announced back in 2012, it caused a huge stir of excitement in the gaming community. But development on the game didn’t start until 2016.

Now that the dust has settled, CDPR is coming to terms with the chaos it created.