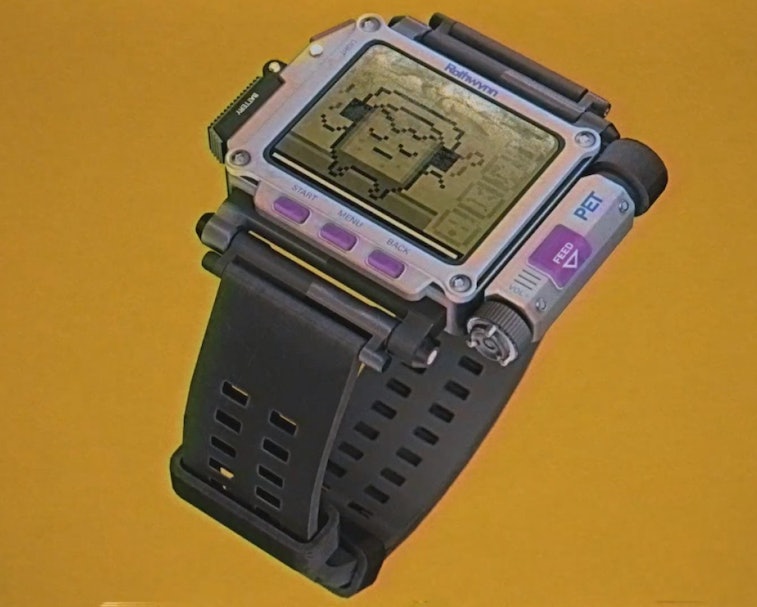 For our News Editor Cheyenne MacDonald, the Tamagotchi has served as an antidote for the hellscape of modern life. For Call of Duty players, it's about to feed on the hellscape that is Modern War.

Call of Duty: Modern Warfare has unveiled its own twisted version of the virtual companion, in the form of a "Tomogunchi." (Get it: Tomo-gun-chi?) Much like Negan's bat Lucille in The Walking Dead, it's thirsty for one thing and one thing only: blood.

Keep the Tamagunchi alive — For 1,000 CoD points (approx. $10), you can purchase the add-on to adorn your soldier's wrist. Its four moods are hungry, dirty, unruly, and sleepy. The only way to keep it happy is to wreak havoc with kills, objective scoring, killstreaks, and wins. Should you provide the Tamagunchi with the blood it so desires, it'll grow into a child, teen, and finally, an adult. Fail to satiate its desire for death and it'll wither away and die.

Some may call the new feature a step too far in a game that already gamifies violence. Turning a children's toy into a hit list tracker is, at the very least, a bold choice. It's really not that heavy, though. And a new game within a game is a more justifiable way to fork over more dough after already purchasing the game. It's much better than spending real money on cosmetic appearances.

Sorry, it's in-game only — Wouldn't it be sweet if this were a real product you could wear? If you could wear the successes of your CoD kills on your wrist IRL? Unfortunately, that's not possible — probably because Activision would be promptly sued. But there's still fun to be had by equipping it in-game.

To do so, head to the Modern Warfare store to purchase. While loading out, you can go to Weapons tab, then Watch Select, and equip the Tomogunchi. Check in on the lil guy while playing by hitting the d-pad on your controller. Congratulations, you've now got a little friend to share in your spoils of war!