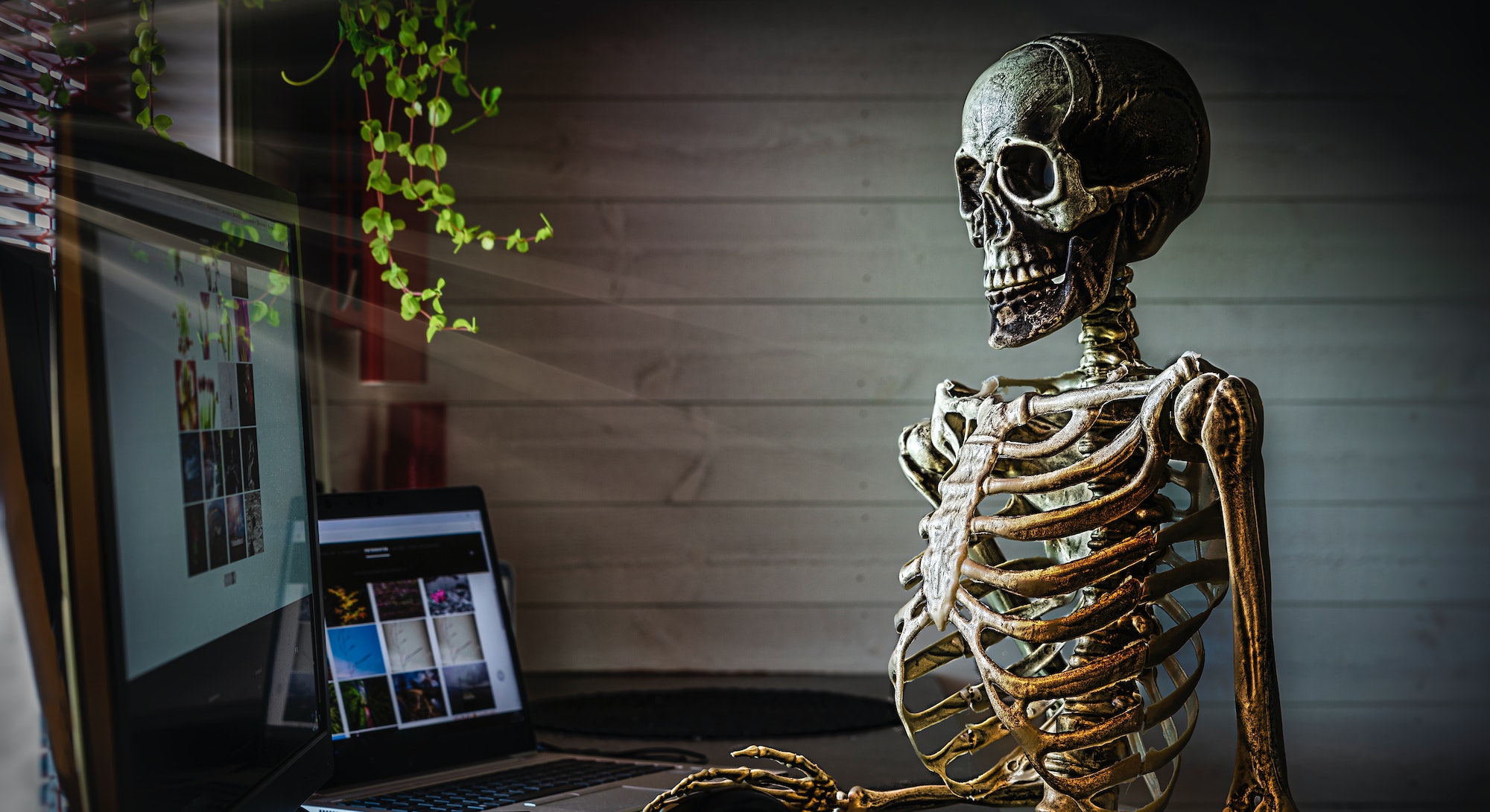 Multiple times a day you probably click "no" on a website pop-up and promptly have your intelligence and decency questioned.

"Are you the kind of person who's good enough to get our newsletter?" A yes states “I love saving money and/or being informed,” and a no says “I hate everything that's good and want to die alone.” How is this about allowing a company to send you spam email, again?

And how did sarcastically insulting customers become good business? A clerk in-store would never block your path on the way out and then call you cheap upon leaving, and yet so many websites have no issue doing so. Often called "confirmshaming," it's the dark art of gaining compliance via guilt and shame. Like a nervous dinner party host, websites can detect when you're about to leave. When this happens, users are often launched into an “exit intent” pop-up that forces them to insult themselves or the business as they walk out the door.

“I hate everything that's good and want to die alone.”

Food sites will say “No I don't like good food and recipes,” retail stores will suggest you "hate deals," and a no to an online magazine will often imply you're a luddite who despises being "up-to-date." (Don't worry, I won't assume that about you if you don't finish this article.)

Passive aggressive as it may be, it works. “Companies employ shaming pop-ups because they trigger an unsettling, dissonant state among consumers. This momentary sense of defenselessness elicits an implicit response, opting in, to the shaming stimulus that effectively reduces their dissonance,” says Ross B. Steinman, a psychology professor at Widener University.

In an era of ad blockers, endless scrolling, and sophisticated consumers, companies are desperate to get your attention any way they can, even if it means being an asshole. All the sarcastic pretense around exit statements like “No I don't like wearing nice clothes” is really just about pressuring you to opt in and implying that you're missing something by not. It throws you off, and that's the point.

“Although consumers do not view shaming pop-ups in favorable terms, they are more eager to return to a sense of equilibrium, even if they are indirectly consenting to something they do not agree with,” adds Steinman.

According to the aptly named OptinMonster, a company that creates such exit ads, 70% of visitors who leave websites never return and most websites capture less than one email for every 200 visitors. Casually browsing online is no longer a good enough interaction. All of a sudden they want to know where you stand in a binary choice — with them or against them.

“I think what they’re trying to do is force you to make a decision,” says Wharton marketing professor and bestselling author of The Catalyst, Jonah Berger. “Usually we engage with actions online without thinking about it, like leaving a website. I think they're forcing you to say, ‘Hey do you really want to give up on this offer? Now if we were maybe a little bit uncertain, now maybe we'll say 'I don’t want to close that door, maybe I do feel a little bit bad and don't want to give it up, and because of that I’ll stick on.’”

That seemingly innocuous insult accomplishes a few things: It keeps you on the site longer, causes you to read more ad copy, and most importantly of all, it gathers your data if you succumb and say yes. “There's that nice saying that if the product or service is free, you're the product,” says Berger. “Many organizations have realized that data is actually more valuable than purchases necessarily, and what they can do with your data.”

In the same way that all the elaborate sights and sounds of casinos are ultimately designed to feed the counting room, websites are often an elaborate funnel for data, eventually ending up in long Excel sheets of clicks and conversion rates and email addresses that some poor employee has to go through and turn into a colorful, eye-catching PowerPoint presentation for executives. All the conversion data is often a key aspect to a company's valuation when soliciting advertisers, so if it feels like sites are more interested in getting your data than getting you to like them — it's because many are.

One can only imagine where all this effrontery is heading: Pop-ups that cry or perform histrionics when you close them or follow you to other sites to criticize what you're browsing instead, and eventually use personal details to shame you into finally clicking yes. “Maybe if you didn't give up so easily, Chad, you wouldn't have flunked out of medical school. Click yes to be a doer!"

Websites still think the customer is always right, they're just willing to now tell you when you're right. But it may be that you can only take cute potshots at customers for so long before the short-term gain backfires. “In terms of long-term brand damage, I think it decreases brand equity in a lot of senses,” says Berger. “Where we may not like the brand as much, we may not think the brand is as professional or as well-meaning as otherwise.”

It's not that sarcastically shaming a consumer is horribly wounding or anything, because some of them are funny and harmless. I just worry that one day the insults are going to get so bad that we’ll see a rash of people angrily punching their computer screens. Yet they’ll still probably move their cursors past the cracks and click yes.