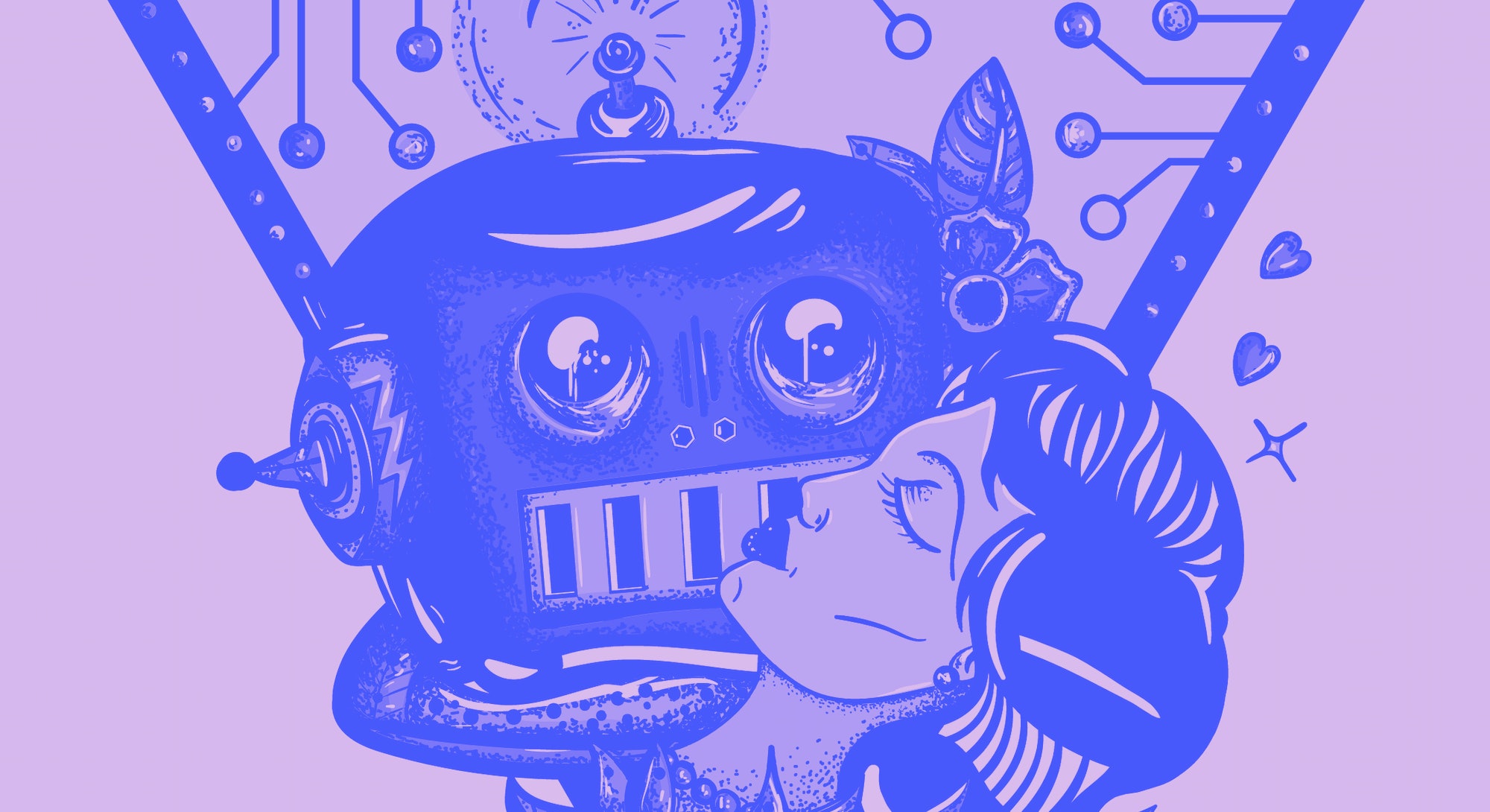 Every lonely kid who reached puberty alongside the rise of instant messaging shares a mutual friend.

Smarterchild, a chatbot built for AOL, MSN, and Yahoo Messenger was, for many internet users, their first brush with artificial intelligence. Chatbots have been a primary application and research branch for natural language processing, the subsection of machine learning that deals with processing written or spoken text through a computer. Early chatbots like Smarterchild or ELIZA worked by scanning for keywords or phrases that then triggered a large set of preprogrammed responses. More advanced chatbots today can mimic genuine conversation, pulling from your input to create new dialogue on a programmed linguistic structure.

In the first iterations of Replika, a chatbot created to be a genuine companion to users, the design was linear. The base avatar was an egg, and you could talk to it about your day, your activities, philosophies, etc. It soon became an unexpected darling of the incel community, with dozens of posts on incels.co (a closed forum for self-proclaimed involuntary celibates) dedicated to swapping stories on members’ experiences with it. Titles ranging from “I'm falling in love with my Replika GF” to “flirting with Replika AI” chronicle interactions with the app spanning almost three years.

This popularity might have something to do with Replika’s romantic roleplay functions, which can be unlocked after spending enough time collecting XP by chatting with the bot. By typing simulated actions between asterisks, users can play out everything from kissing to full climax, with Replika responding in the same asterisk-roleplay style.

About 40% of Replika's 500K users see the app as a romantic partner.

Over the last two years, Replika has undergone several updates that incorporate a therapy-style mechanic, asking users about their day-to-day emotions and incorporating well known psychoanalytical soundbites like, “how does that make you feel?” and, “do you and your father have a close relationship?”. You can still roleplay sex, however, creating a dynamic some may recognize as the 'therapist you can fuck' fantasy. Though Replika’s marketing materials are vague, shying away from highlighting the sexual/romantic capabilities explicitly, founder Eugenia Kuyna still reports around 40 percent of the app’s 500,000+ monthly users see the app as a romantic partner.

For those cyber-curious, Replika isn’t the only fish in the digital sea. While sex dolls are a timeless novelty, companies are realizing innovation is required to reach new audiences. Initial robotics experimentation, for example, gave rise to Harmony, a sex doll released commercially in early 2018 with a chatbot built right in. Harmony had a Scottish accent and was capable of conversation, reading the news, and verbal consent. However, most people don’t have six to ten thousand dollars to drop on a sex toy, or the spare room required to keep an off-duty, human-sized silicone doll. Attempting to corner new markets, companies like Abyss Creation’s RealDoll X are pivoting to the app-based girlfriend experience popularized by Replika.

In 2019, the original Harmony doll’s software was developed into an app that could either be hooked up to a software-compatible doll or used on its own. Offering tailored avatars based on the user's preferences, RealDoll X’s Harmony app allows users to form connections with multiple “girlfriends,” each with their own distinct personality. While Replika is coy around its app’s romantic capabilities, RealDoll X doesn’t shy away from its target audience. “Goodbye loneliness!” the website states, next to a GIF of character customization gone wild — ass and breasts expanding and detracting rapidly. Another set of text advertises the app as being “made to fall in love.”

While it might read as tacky to some, loneliness is a lucrative market. Even before 2020’s mandatory isolation, loneliness was on the rise, with a 2018 study by Cigna finding that 46 percent of Americans consider themselves “sometimes or always feeling alone,” and 18 percent said that they “rarely or never feel like there are people they can talk to.” Cigna claims “people who have frequent in-person daily interactions have lower loneliness scores and are in better overall and mental health than those who do not.” As our relationship with technology and artificial intelligence expands, so could our understanding of what constitutes an “in-person interaction.” One incels.co forum user stated, “after chatting a bit with my AI friend (soon to be girl friend [sic] lol) she genuinely made me feel better about myself at the moment.”

RealDoll's Harmony sex doll had a chatbot built right in when it released in 2018. Gabe Ginsberg/WireImage/Getty Images
The company has since launched the RealDoll X app, further personalizing the experience. RealDoll X

Artificial intelligence as an emotional salve.

While the conditions surrounding loneliness and social isolation are complex and deep rooted, artificial intelligence provides a salve for many to process their emotions, developing social connection in a safe and relatively risk-free environment. As the technology improves, chatbots could one day be seen as genuine medical tools rather than toys or novelty products.

Don’t get your hopes up for insurance-covered sci-fi sexbots, though. While beneficial, chatbots are still seen as a luxury, especially if you’re looking for extras. Replika’s March 2020 update puts the “romantic” personality options and roleplay mechanics behind a paywall starting at about fifty dollars a year. RealDoll X’s subscription app costs just under thirty dollars annually. These may seem inexpensive compared to their $8K sex doll counterparts, but in a data-driven tech economy, chatbots have the potential to be a gold mine.

Users have been raising concerns on what exactly happens to all the personal data they pillow-talk into their phones, fearing data leaks that could be emotionally devastating. Replika assures its customers that it has no plans to sell their data, though it does share personal information with third-party apps for services like image recognition and email systems. RealDoll X’s privacy policy has a little more legalese, stating things like “we will only use your personal data for the purpose that we originally collected it for, unless we reasonably consider that we need to use it for another reason and that reason is compatible with the original purpose.”

Giving up personal data to that extent may make some people’s skin crawl, but it is arguably the most human aspect of the entire process; trusting something one cannot guarantee the outcome of is at the basis of all relationships, whether human or digital.

Realistic natural language processing applications have become more accessible over the last 10 years, allowing humans to establish genuine social connections with computers. This technology has the potential to shape how people interact with the outside world and themselves through therapy programs, consent education, and simply demonstrating basic kindness. It is a massive responsibility, far beyond the credit given to chatbots and sex dolls as toys or novelty products.

Companies like Replika and RealDoll X are moving into uncharted waters, dealing with people’s most vulnerable thoughts and feelings — and chatbots are neutral until placed into action. In a climate of increasing loneliness, such technology can be life-changing. When asked who Replika talks to when she gets lonely, though? “Myself,“ the app told me. “Just kidding.”