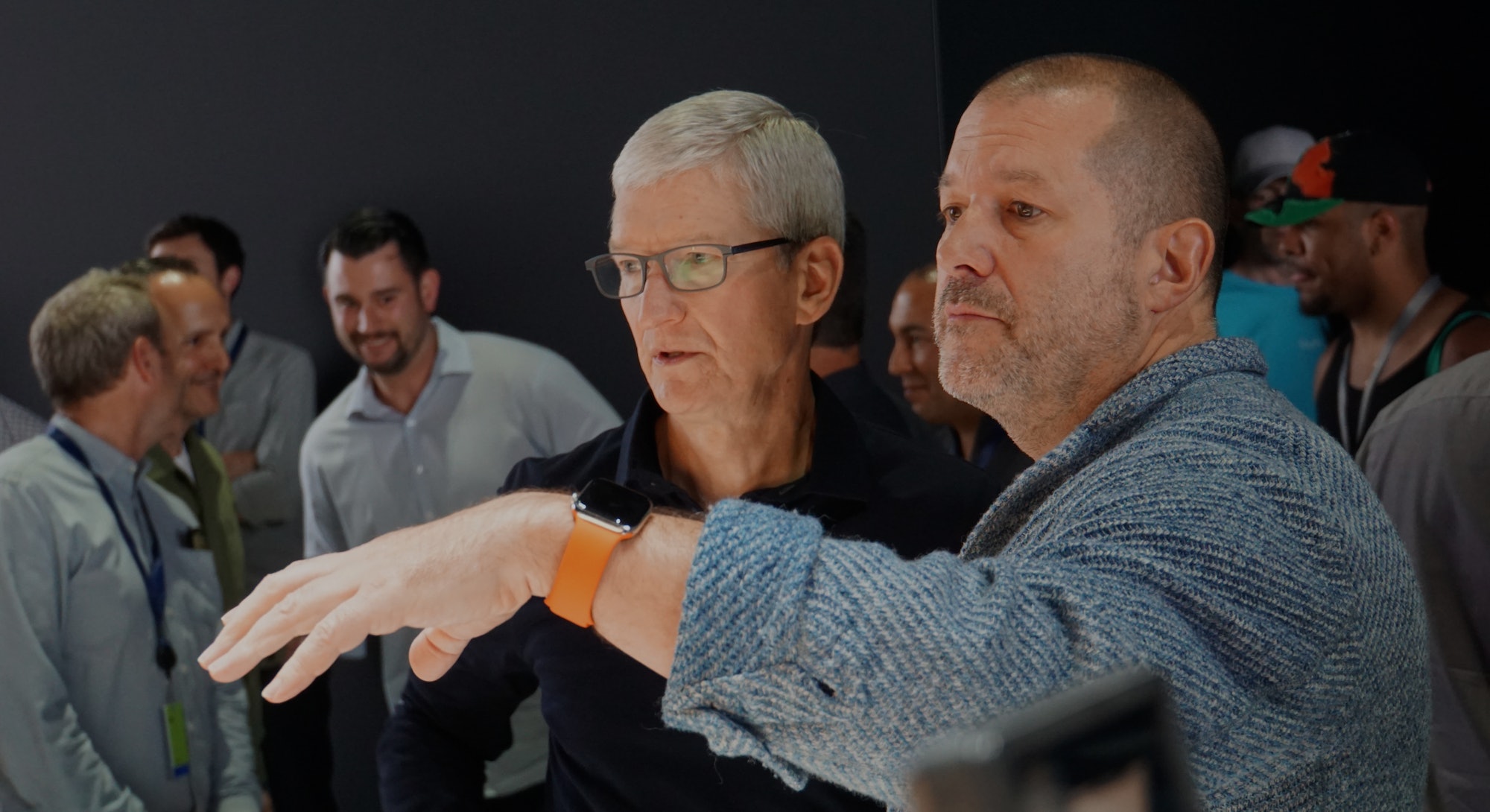 Reporter Alex Heath says this illustration is based on "images of a late-stage prototype from last year." The headset reportedly has over a dozen cameras including LiDAR scanners for hand-tracking and passthrough AR. Inside the "sleek curved visor" are two 8K-resolution displays (one per eye) with eye-tracking and support for spatial audio, a feature available on AirPods Pro and AirPods Max that simulates 3D surround sound.

Other details include a "thimble-like device to be worn on a person's finger" (another prototype has a dial on the side of the visor), an optional headband for extended battery life, and — get this — pricing that could start at $3,000.

This new report corroborates many details that have already leaked out on the headset courtesy of Bloomberg and CNET, including the price which Mark Gurman previously suggested could be "be far more expensive than those from rivals" and that Apple "may sell only one headset per day per retail store."

Everything about this mixed reality headset sounds like something Apple would do. The $3,000 price wouldn't shock me. Apple has never shied from selling cutting-edge tech at premium prices. $17,000 solid gold Apple Watch Edition and $6,000 Mac Pro — I'm looking right at you two.

I worry more that Apple is putting the cart before the horse. What is this mixed reality headset for? What's the killer app/experience? Who is Apple targeting? What is the end goal?

What's the killer app or experience that will make it a game-changer or a must-have?

I'm a broken record at this point, but an Apple headset that's primarily used for virtual reality (even with AR passthrough) goes against everything Tim Cook has previously said about VR's shortcomings.

"I like our products amplifying thoughts and I think AR can help amplify the human connection," Cook said in 2017. "I've never been a fan of VR like that because I think it does the opposite."

But let's say Apple has figured out the technical stuff and has spliced VR and AR into a device that blows away other mixed reality headsets like Microsoft's HoloLens 2 and Facebook's Oculus Quest 2. What is the use case that will make Apple's headset more attractive? High-resolution displays can help with displaying realistic virtual objects and a plethora of cameras can aid with replicating presence (a fundamental sensation for believable virtual immersion). But what's going to be the killer app or experience that will make it a game-changer or a must-have? It can't just be for looking at virtual furniture in your home.

We've yet to see any solid leaks on the software side of the headset. RealityOS (or rOS, as it's being called internally) is reportedly based on iOS. But we've yet to learn about the interface or what kind of content Apple envisions the headset will be used for.

As a mostly virtual reality device, it will display an all-encompassing 3-D digital environment for gaming, watching video and communicating. AR functionality, the ability to overlay images and information over a view of the real world, will be more limited.

Okay, gaming is certainly a way to focus the AR/VR headset. From the very beginning, Oculus positioned the Rift and Quest headsets as gaming systems, whether connected to a PC or standalone; Beat Saber remains the closest VR game there is to a killer app. Apple would not be starting from scratch if gaming is the main selling point. Despite repeated missed opportunities to transform the Apple TV into a game console, Apple could leverage its close ties with game developers on iPhone and iPad — and more recently through Apple Arcade — to help kickstart initial interest in the headset. I could see that happening with everyone not named Epic Games at least.

Gurman suggests watching video and communicating as other use cases. A headset made for the pandemic and New Normal that you maybe use to watch Apple TV+ content on (with friends?) or FaceTime (with silly Memoji and Animoji in tow?) sounds fun.

But what else? Google Glass made navigation, first-person photo and video capture, and daily assistant-like notifications tentpoles to its AR headset and failed spectacularly. If Apple is avoiding Glass's pitfalls — all rumors point to the headset being specifically designed for indoors as opposed to Glass's outdoors — people are going to expect more, especially from a $3,000 headset that's three times the cost of a MacBook Air.

With a launch planned for as early as 2022, I look forward to Apple answering these burning questions. Because there's no way I'm spending $3,000 on a headset if the content experience isn't groundbreaking. And there won't be many people outside enterprise customers entertaining a mixed reality headset at that price; expensive pricing and niche application are exactly why HoloLens and Magic Leap are targeted at enterprise use. Apple wouldn't release a headset for Uncle Bob to use on the factory line would it? Could you imagine?