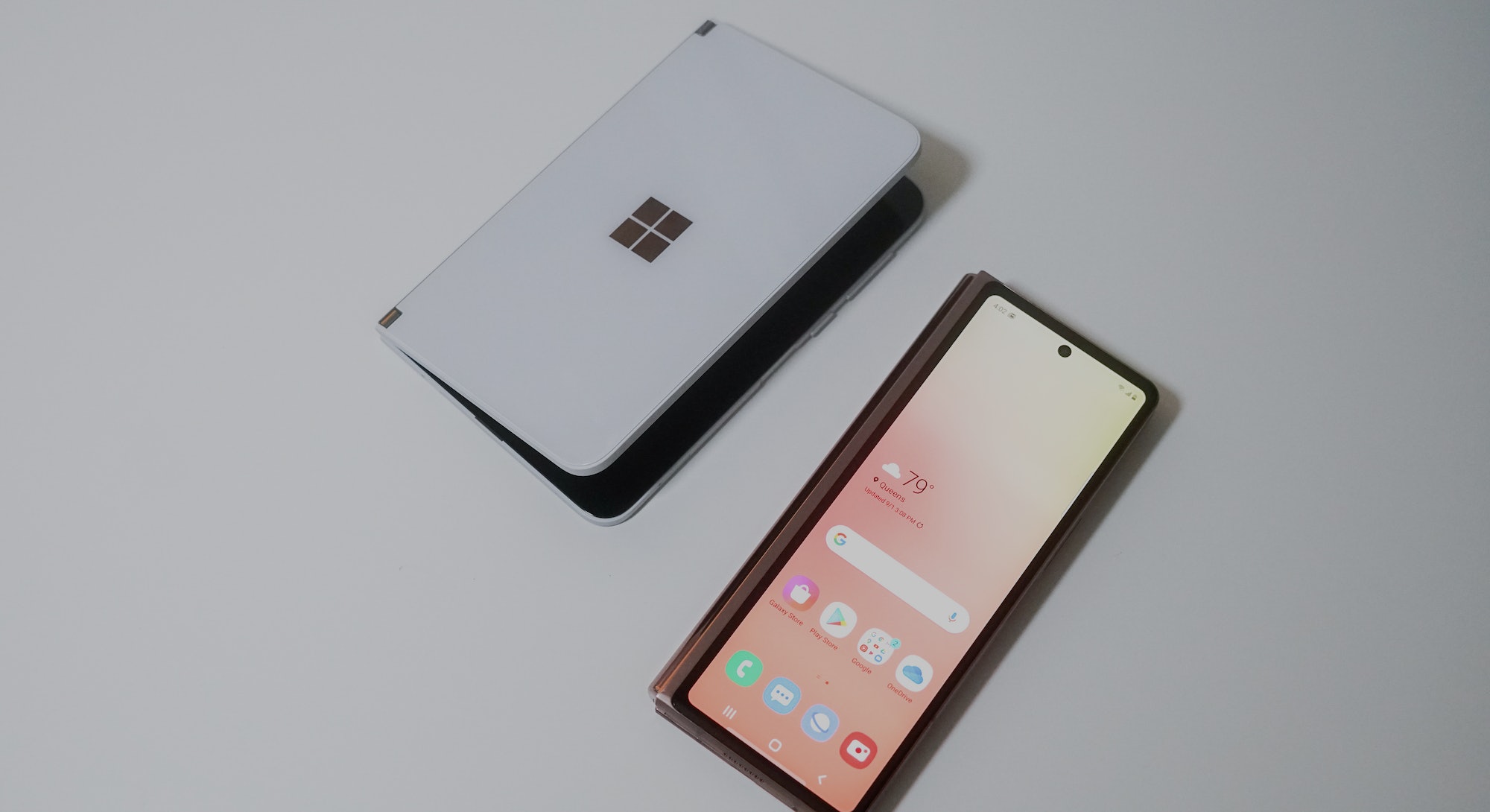 Oh baby, I just ripped the box off Samsung's Galaxy Z Fold 2, and let me tell you, this $2,000 foldable phone has me feeling all kinds of things.

Samsung sent me the Mystic Bronze version of the Fold 2 to test for the next two weeks. If you're into rose gold, you're gonna love this beauty. It's got the same satin glass back as the Galaxy Note 20 Ultra. The cover screen — hallelujah! — is so much bigger with thinner bezels. Yeah, the screen is skinny, but at least I don't need to bust out a magnifying glass to see stuff on it.

A couple of other things I immediately like: the fingerprint reader is no longer separate from the power button; Samsung combined them and that's exactly how it should be. The hole-punch camera in the foldable display is noticeably less ugly than the bizarre side notch on the first-gen Fold. Also, the hinge is chunkier? (I think.)

TL;DR: The Fold 2 is so much better than the original.

It's still very much a Fold so it's about the thickness of two phones stacked together, tapering from its hinge, which is the bulkiest part. It's also heavier than your average phone and the crease, despite the screen being made of ultra-thin glass and not plastic this time, is very visible. But if none of these things bother you, the Fold 2 is literally a sight to behold.

I'll have more to say in a proper review soon (I gotta use it, so hit me up on Twitter with any Q's). For now, here's how the Fold 2 compares to Microsoft's Surface Duo (sorry, I still can't show you it powered on). Both devices are classified as foldables. Both take different approaches. The Fold 2 has a screen that bends in half. The Surface Duo has two displays primarily for running two apps side-by-side. The Fold 2 costs $2,000 and the Surface Duo is $1,400. Samsung's foldable has five cameras; Microsoft's has one. You get my drift.

What an exciting time for phones again. God, I missed weird phones!