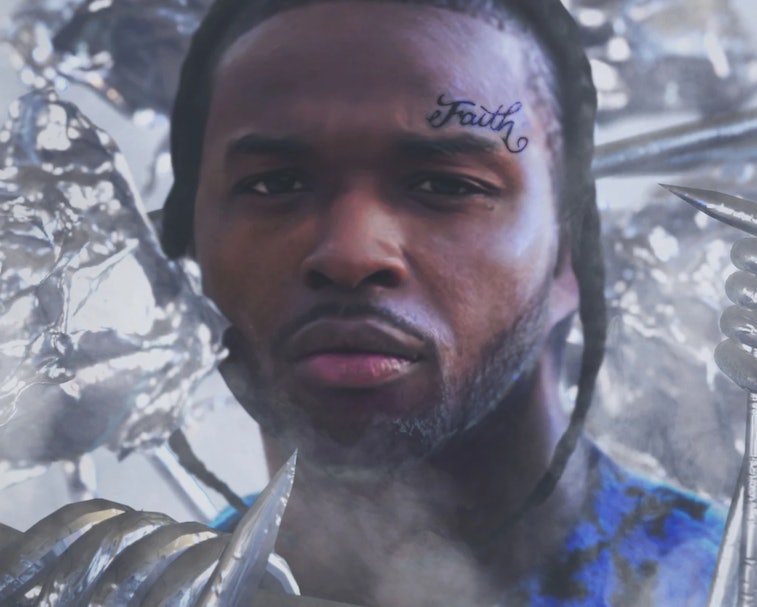 Virgil Abloh has once again found himself as the butt of the internet's jokes, this time for his design prowess.

Abloh's cover art for Pop Smoke's posthumous album Shoot for the Stars was unveiled yesterday, only to be mocked so overwhelmingly that the late rapper's team quickly announced it'll be revised. In a since-deleted Instagram post, Abloh touched on the design cues and said he had "just finished it yesterday." But by the looks of it, it appears that he had just begun the very same day.

It's literally the first image shown when you google "Pop Smoke" — One Twitter user pointed out that the photo of Pop Smoke is the first result when you search his name, and the jokes only got worse from there.

Abloh said he was channeling a conversation with Pop Smoke in which the rapper had said his story was like roses and thorns growing from the concrete of his Brooklyn neighborhood. Instead, Abloh's design ended up being emblematic of his often underwhelming creations — which he himself has admitted come from tweaking existing ideas by just "3 percent."

Because of this apparent lack of effort, Abloh's name once again became a trending topic on Twitter. Some users have a theory that he used Microsoft Paint for the artwork, while others combined their criticism with the "two Virgils" meme. The best jokes, however, deserve to stand on their own here:

The mockery worked — Within hours, Pop Smoke's manager announced that the cover art would be changed. 50 Cent, who's been working on the posthumous release, also shared the news, albeit less magnanimously. "Hey Virgil we need new album art, they ain’t going for this bullshit," he wrote on Instagram. "Steven i told you this shit was 😡eww let get it right!"

Shoot for the Stars is due to release this Friday, July 3, meaning any revisions will have to be done quickly.