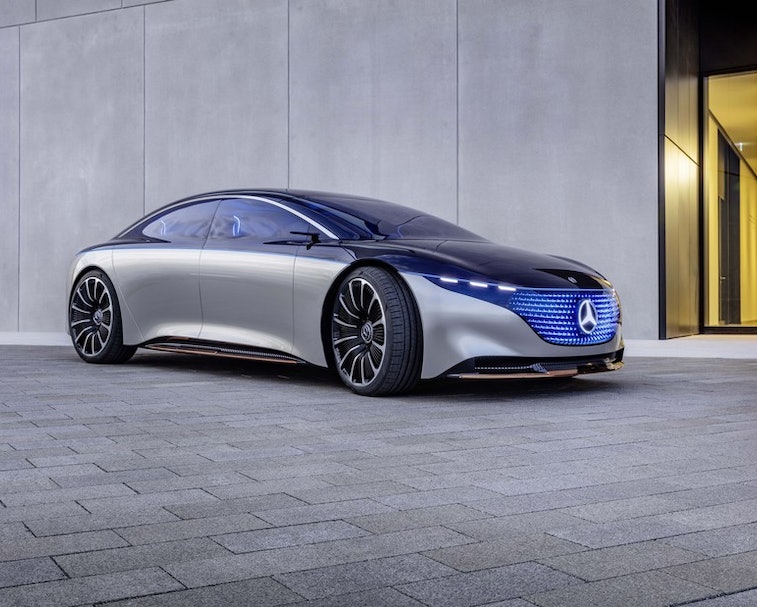 When Mercedes-Benz unveiled its EQS all-electric sedan late last year it promised a range of roughly 435 miles (or 700km) to a charge by the WLTP measurement standard thanks to roughly 100 kWh battery. At the time, that sounded optimistic, and many argued the claim was based on hopes of making battery breakthroughs before production started. Now it seems that boast might prove to be true after all.

Battery maker CATL has announced it will be producing the batteries for the EQS, and that they do, indeed, provide the sort of performance Mercedes-Benz has been promising.

Low emissions from the outset — Aside from a history making high-end lithium-ion batteries, CATL's other claim to fame is that its battery cell production process is carbon neutral. That's increasingly important for automakers that are seeking to reduce their environmental footprint across the entire lifecycle of their products. Just last week, BMW announced it would tie executive incentives to emissions targets.

Different measurements, but still impressive — WLTP (Worldwide Harmonised Light Vehicle Test Procedure) is just one of the standards used to measure a vehicle's range. The other most popular one is the EPA's (Environmental Protection Agency's) rating. A good rule of thumb for real-world distance is to use 80 percent of the WLTP figure. In the case of the EQS, that's still an impressive 348 miles.

The EQS is also promising a 0–60 mph time of under 4.5 seconds, and a top speed in excess of 124 mph (though it'll likely be electronically limited beneath its true potential). It doesn't help that it looks incredible. It's got the sort of futuristic design that was the mark of early Teslas but is now more common from latecomers to the luxury EV game, like Cadillac and Hyundai.

At least as good as Tesla — CATL also supplies Tesla with battery technology, and the company has been talking up its "million-mile battery," that can reportedly endure up to 16 years of regular use without a significant drop-off in capacity. If those numbers are true, the additional expense of CATL batteries (a 10% premium over other battery brands' equivalents) might well be offset by their longevity, and Tesla might have a real contest on its hands from Daimler's forthcoming, futuristic-looking Mercs.