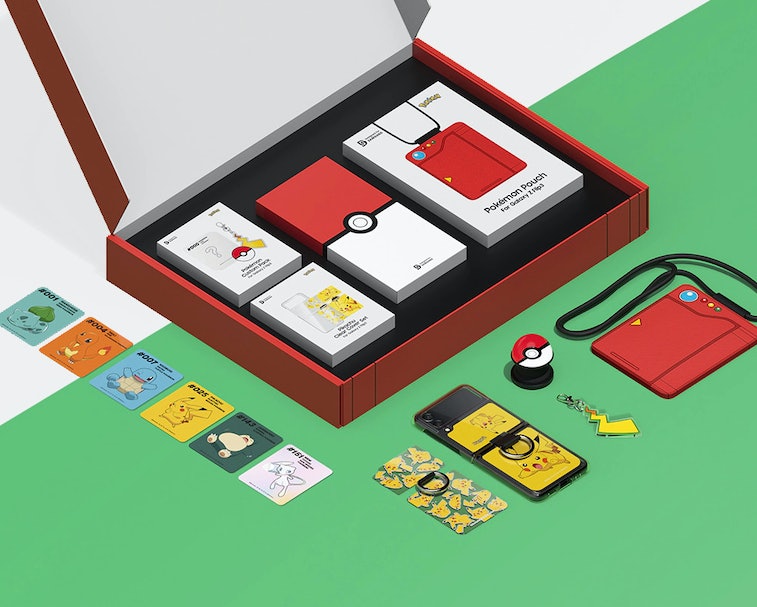 Any collaboration with Pokémon is almost guaranteed to turn heads, and Samsung’s Pokémon edition of its Galaxy Z Flip 3 is no exception. If you were on the fence about foldable smartphones, particularly the clamshell style, maybe this nostalgic release will be what convinces you.

It’s not the first time that Samsung dressed up its Galaxy Z Flip 3. They gave us a “Bespoke edition” that offers five new color options for the front, back, and frame of the foldable. Samsung also collaborated with fashion designer Thom Browne for a specialized version of the Galaxy Z Flip 3.

All Pikachu everything — The expensive Thom Browne edition of the foldable might not have resonated with everybody, but this Pokémon edition is sure to attract anyone who grew up with the iconic franchise.

From the teaser, it looks like you’ll get a black Galaxy Z Flip 3, along with a clear cover set with two different Pikachu skins, a Pokédex pouch on a lanyard that you can carry the phone in, and a Pokéball stand. The Pokémon edition will also have six different stickers, featuring Bulbasaur, Charmander, Squirtle, Snorlax, Mew, and of course, Pikachu.

The phone itself looks mostly like a plain Galaxy Z Flip 3 that you can throw a Pikachu phone case on. Hopefully, Samsung is including some sort of Pokémon-themed features internally, or on the face, though the design of Pokédex pouch is instantly recognizable. I’m hoping that Samsung really leans into the integration next time, maybe going for a Galaxy Z Fold 3 designed as a Pokédex since they both fold out similarly.

Dropping soon — Still, I can see some of the more extreme Pokémon collectors buying this edition just to collect all six of these stickers, because well, gotta catch ‘em all. The Pokémon edition of the Galaxy Z Flip 3 is only going to be available on Samsung Korea’s website, starting April 25. There’s no pricing available and the special edition will most likely be offered in limited quantities.

For some reference, the base model Galaxy Z Flip 3 goes for $999, while the Thom Browne edition went for $2,349. Compared to the luxury fashion branding, I doubt the Pokémon edition will go for that much, but that could just mean it’ll sell out even faster.