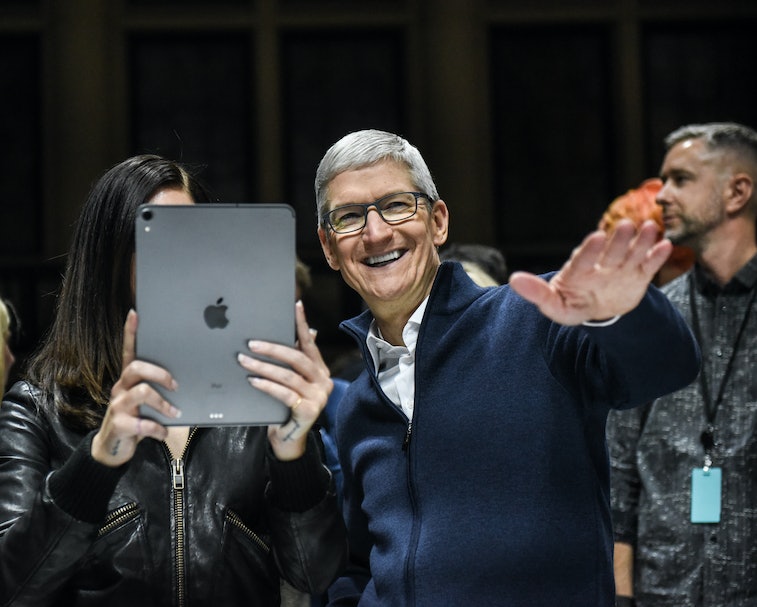 Twitter user DuanRui shared the leaked images of the purported iPad Air 4 and it looks tight. If they're authentic, the leak suggests the iPad Air, which hasn't been updated since March 2019, will adopt the iPad Pro's slimmer bezels (goodbye chonky forehead/chin), rounded display corners, and USB-C port (RIP Lightning).

New Touch ID — All of that sounds great, but there may be some iPad Pro features that don't make it into the iPad Air 4. For example, the camera presumably doesn't support Face ID. Instead, the leak claims the power button will double as a Touch ID fingerprint reader. That would be a first for an Apple device. On iOS devices, Touch ID has only been embedded in home buttons. Currently, only MacBooks have Touch ID inside of their power buttons.

Other leaked features — An image of the purported tablet's backside shows a single camera and a Smart Connector.

It's hard to say what kind of display Apple will include in the iPad 4, but since it's not a "Pro-branded" device, you can mostly like expect it to have a lower resolution and likely lower brightness. Don't expect the iPad Pros' quad speakers, either.

The switch from Lightning to USB-C also suggests the iPad 4 will support the second-generation Apple Pencil since the first-gen one charges via Lightning. That also hints at the sides being flat to store and charge it.

The images below are a little distorted, but the aspect ratio of the screen does seem to be taller than the 4:3 display in the iPad Air 3. Our hunch is that the iPad Air 4 may have an 11-inch display (basically the same dimensions as the 11-inch iPad Pro) and work with the Magic Keyboard. It just makes the most sense as opposed to Apple designing yet another new keyboard accessory.

Coming soon — The gears are in motion so it shouldn't be too long before these new iPads see the light of day. A fall release seems very likely. Pricing will probably be similar to the current iPad Air 3, which starts at $499.