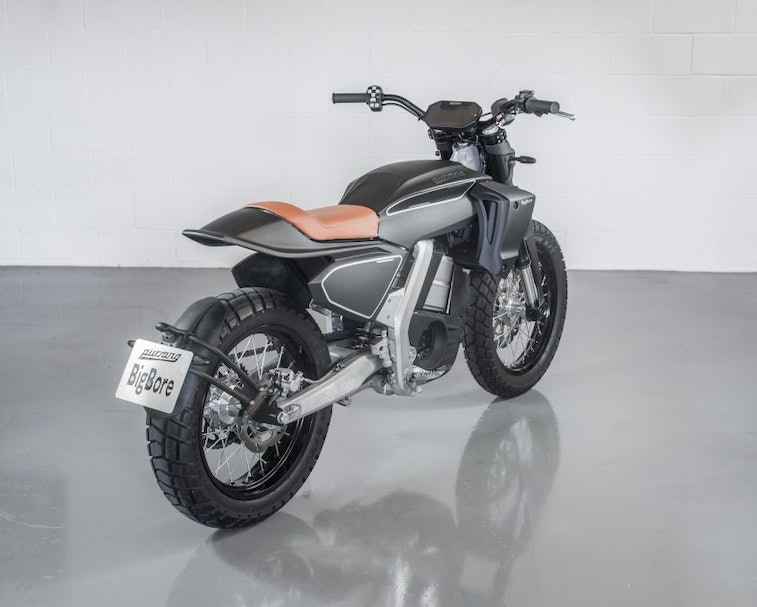 Spanish motorcycle company Pursang has started taking pre-orders for its forthcoming E-track, a fully-electric two-wheeler the first run of which will be limited to 24 units. The motorcycles will start heading to their buyers in October, and they’re priced at €13,700 each (roughly $15,000).

Compared to some of the wild, sci-fi-influenced electric motorcycle designs out there, the Pursang is positively normcore. But there’s also part of its appeal. The E-track looks like the sort of motorcycle you could happily ride daily. Its upright rider position lends it to commuting, or leisurely weekend jaunts through the countryside, while also being totally capable of handling a bit of dirt if you ask it to.

The future is... silent.

Like a Bosch — The E-track will have a range of around 87 miles (depending on how hard you ride it) and a top speed of 75 mph. Acceleration comes courtesy of an 11 kW Bosch motor and three non-removable batteries that offer a cumulative 7.2 kWh. A full charge will take six hours.

Early adopters of the first 24 units can look forward to “elegant carbon finishes” that won’t be found on the subsequent production models.

A legend, reborn — Pursang started making motocross bikes in 1967 and stopped making them in 1984. Revitalizing the brand was the dream of Pursang fan Jim Palau-Ribes, who’s worked at Audi, Lamborghini, Mazda, and Seat, among others.

We love a madcap electric-motorcycle design as much as the next tech-head with an impaired self-preservation instinct and a yearning for clutch-free breakneck acceleration and otherworldly aesthetics. But we're also wholly in favor of electric motorcycles that regular folk won't mind being seen riding, and that could help move us to our inevitable, electrified-and-sustainable future.