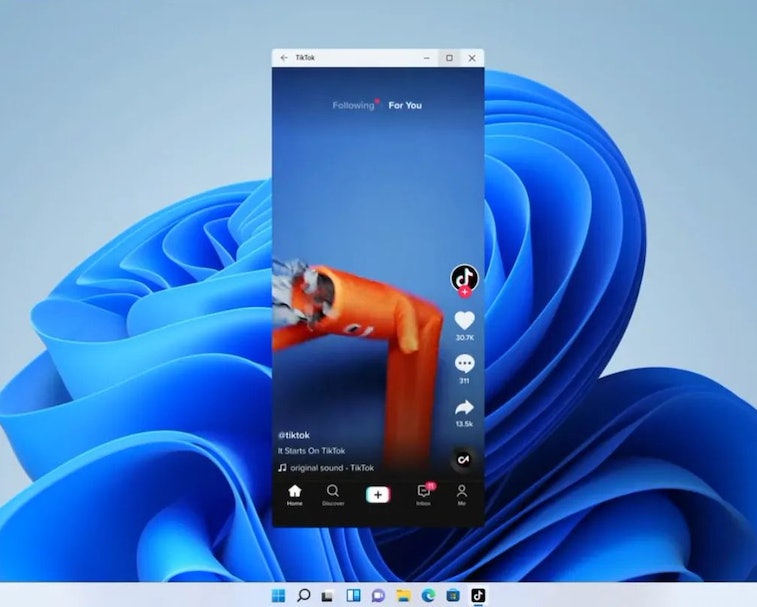 After years of flirting, today, during its Windows 11 unveiling event, Microsoft announced that it would be bringing full Android apps to Windows.

In addition to running full, native Android apps, Microsoft will also be adding them to the Microsoft Windows Store included in the new OS thanks to integration with Amazon’s app store. These apps will function similarly to Windows apps and can be snapped to parts of the screen or pinned to the taskbar alongside traditional apps.

The gap — Previously, Microsoft attempted to bring Android app developers into Windows through a project called Astoria, which would have made porting their software easier. In this integration, apps will be able to run natively without any extra work by developers. All of this is apparently made possible through Intel’s bridge technology, which the company refers to as “a runtime post-compiler that enables applications to run natively on x86-based devices, including running those applications on Windows.”

BFFs — This is a clear progression of strategy for Windows, which already has quite deep integration with Android phones via the Your Phone app. Your Phone allows users many of the features Apple has previously enabled between iOS, iPadOS, and MacOS — such as cross-device text messaging and calls. Oh yeah, and Microsoft produces its own line of Android phones.

New vistas — The move is an obvious answer to Apple’s integration of iOS apps onto the Mac thanks to its shared ARM architecture and new M1 chip. This will expand the abilities of Windows which, despite having a staggeringly diverse software ecosystem, has never broken into the “app” game the way Google and Apple have.