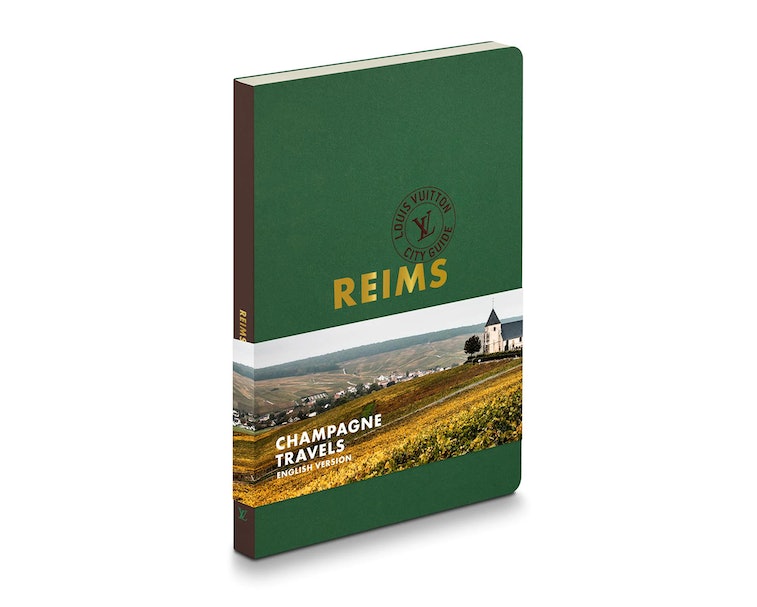 Since 1998, Louis Vuitton has been publishing its own series of travel guides under the name City Guide. While the cost of travel is another matter, the books themselves create an affordable entry point into the world of the French luxury house. Louis Vuitton has curated recommendations for more than 30 cities and counting, the latest of which is the historic French city of Reims.

Accessible via a 45-minute high-speed train from Paris, Reims is the unofficial capital of the Champaign wine region. It's also the home of the Cathédrale Notre-Dame de Reims, where French kings were crowned for more than 1,000 years. These two facts help make Reims the top tourist destination in the country, but Louis Vuitton goes much deeper with more than 150 spots to visit.

Compiled by a host of French writers — The City Guide is top edited by Louis Vuitton's Marie-Hélène Brunet-Lhoste, who's known for her culinary acumen. Among the contributors for Reims is François Simon, the rumored inspiration for the food critic in the movie Ratatouille. French journalists Catherine Deydier, Julie Lastérade, and Pierre Léonforte also helped to compile a selection of wineries, restaurants gourmet and casual, and historical sites in the city that dates back to 80 BC.

All the photography comes courtesy of Denis Bourges from the acclaimed Tendance Floue collective, as well as Jonathan Llense.

Get the Reims guide for free — Louis Vuitton has its own iOS app that houses digital versions of all its city guides, most of which have to be purchased individually for $8.99. However, the guides to Paris and now Reims are totally free — a gift from the French to those who pay a visit to their country. Previous guides have included Beijing, Madrid, New York, São Paulo, and a host of other cities across the world that a global traveler might consider... or accidentally find themselves in after an especially big bender, back when especially big benders were still possible.

Unlike its predecessors, the Reims guide arrives at a less-than-ideal time for traveling because of the coronavirus. That means you shouldn't mind having to wait for the physical version, which has only been released in Japan so far. Eventually, it should be more widely available for $39, the standard rate for books in the series. That's a hell of a lot cheaper than anything else Louis Vuitton makes — and after all, aren't memories more precious than anything else?