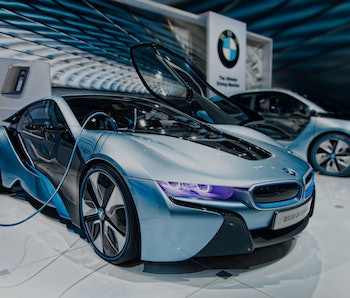 BMW has told Autocar that it will stop producing its plug-in hybrid (PHEV) sports car, the BMW i8, in April this year. The company is instead shifting its attention and production facilities to fully electric vehicles (EVs) like the forthcoming iNext, iX3 and i4. Granted, the i8 was always niche, not only because of its unique styling, but because with a starting price tag just shy of $150,000 it faced plenty of competition for the attention and affection of those who could afford it.

When it was introduced in 2014 the BMW i8 served as a poster child for what was possible with PHEVs. Until then, many people equated “hybrid” with “Prius”, but the i8 showed you could slap a 1.5-liter, turbocharged, three-cylinder petrol engine on an electric motor and deliver supercar-like performance in a head-turning package. BMW released the all-electric i3 at the same time, but the i8 was always the star of the company's first moves towards an electrified future.

Minor updates in its lifetime — The i8 got one refresh and a Roadster version in 2018 which boosted its power marginally, but otherwise, it remained largely unchanged from launch. To my mind, that’s a testament to how well-designed it was at the outset. Though, I guess it could also be a testament to how little attention BMW spent on the i8 after launch given its limited appeal.

When it debuted, the i8 felt like it had rolled straight of out the future, from its scissor doors and ambient lighting that gave the interior a Tron-like glow, to its fantastic — and fantastically quiet — Porche-worrying acceleration.

It felt like tomorrow, yesterday — I’d never driven anything quite like the i8 that didn’t rely on a giant gas-guzzling and fume-spewing engine. Like many cars, it was saddled with an antiquated navigation system and user interface, but that was the only sign it came from the present... and wasn’t evident to gawking onlookers.

Today, of course, the motoring landscape is very different. Tesla’s got its own Roadster cruising through our solar system, Audi’s working on an E-Tron supercar, and everyone who’s anyone is working on an eye-catching EV of their own.

But the i8 was a trailblazer and — as sightings become rarer — I’m going to miss the stab of boyish glee I still get every time I see one.