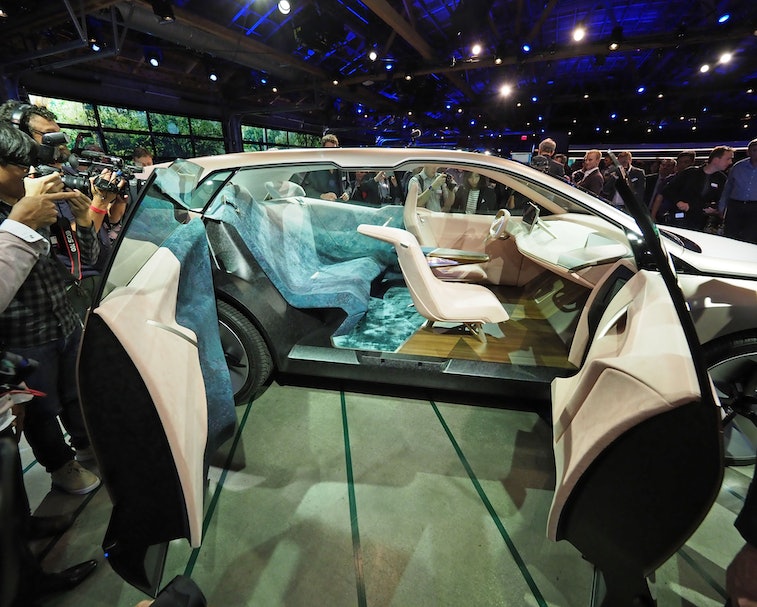 In the early days of Tesla, BMW was the leading light in electrified cars. Despite hedging its bets with a range-extender version of its electric i3 that included a gas component, it also offered a purely electric version of the cute compact car and has continued to update it. Simultaneously, and at the other end of the design and price spectrum, it showed a plug-in hybrid could be the stuff of dreams with the now-retired i8. And then, well, not a lot happened.

Now the company has confirmed in a press release it is planning to release electrified versions of its X1 crossover, and 5 Series and 7 Series sedans. The vehicles are part of the company's stated goals to have 25 plug-in hybrid or fully electric vehicles in its lineup by 2023 and to cut CO2 emissions by up to 40% across the lifestyle of new vehicles by 2030. More importantly, it means that soon Tesla may face serious competition in the U.S. from a company that was once the vanguard of the EV revolution.

Sales and sustainability — The German automaker is no stranger to setting itself ambitious targets. Last December it announced it had sold 500,000 electrified vehicles globally and was aiming to double that number by 2021. Also, of the 25 cars on its electric roadmap to 2023, half are planned to be fully electric. While likely explains why, impressively, BMW is so confident in its emissions-cutting abilities it's also tethering board and executive management remuneration packages to new sustainability goals.

The BMW Group says wants to create the most sustainable supply chain in auto manufacturing, and to reduce carbon emissions from its production facilities and other sites by "80% per vehicle." To achieve that, it's going to be looking for opportunities to green every aspect of its processes.

Timelines are unclear — BMW's latest electric offering, the iX3, isn't coming to the U.S. at all. It does, however, offer the Mini Cooper SE, which is attractive but lacks the sort of range or competitive pricing likely to make it a hit with American buyers.

The eventual production versions of the concept i4 and Vision iNext are both expected to go on sale stateside, though. One of the reasons the company doesn't plan to offer the iX3 in the U.S. is because of the market's appetite for large vehicles (something the Tesla Cybertruck and GMC's incoming electric Hummer embody perfectly). That could mean no electrified X1, either, but bodes well for the 5 Series, and especially well for the 7 Series, which is a mainstay of the C-suite executive set.

Two years, 20 cars — With Cadillac, Audi, Volkswagen, Volvo's Polestar, Hyundai, Mercedes-Benz, and every other car maker bringing electric vehicles to market, the world's most valuable carmaker, Tesla, is about going to face stiffer competition every year going forward. BMW could have been the one applying the most pressure had it moved more swiftly to electrify. Whether it can still do that remains to be seen. With only two years to go before 2023 and only five electric BMWs out there, that means 20 new vehicles coming soon. That's aggressive. And we're here for it.