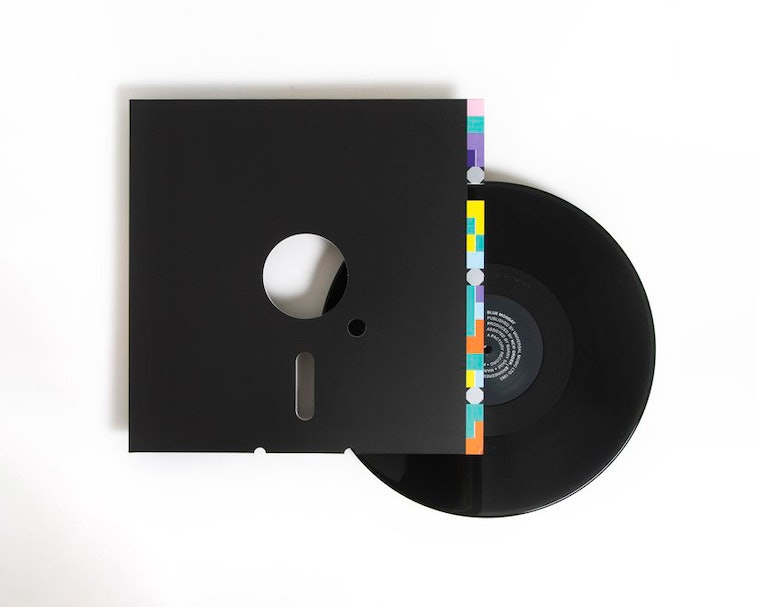 Independent music store Boomkat has re-released New Order's synth-pop classic "Blue Monday" on 12-inch vinyl. The store, based in Manchester, England, calls the single "The definitive manc banger," and it's tough to argue. Not only did "Blue Monday" set the tone for the '80s synth-pop and electro-rock to follow, but the tale of the original sleeve design is the stuff of music industry legend. This contemporary reproduction, "remastered from the original master tapes at Abbey Road Studios" can be yours for the measly sum of £11.99 (~$15.50) plus shipping. Why should every vinyl fan own this record? For the backstory alone.

Cost twice, print once — On March 7, 1983, New Order released "Blue Monday" as a 12-inch single with "The Beach" as the b-side. The packaging was die-cut to make it look like an oversized 5¼-inch floppy disk and was designed by Peter Saville — the same graphic designer behind Joy Division's instantly recognizable album art for Unknown Pleasures — and Brett Wickens, a Canadian designer, and then an electronic musician himself.

"Blue Monday" was an instant hit, not just for the band, but for its label, Factory Records. In fact, it went on to be the biggest selling 12-inch single in the U.K. ever. Except Factory had made a mistake. It hadn't costed the production properly. The single cost 5 pence more to manufacture than it sold for, so the label lost money on every sale. Or, as Boomkat puts it: "Classic setup; the more you sell, the more money you lose — the most manc thing ever?"

Now look, not every version of the more than 1 million copies of the single sold was loss-making – Factory soon got wise to the error it had made and future pressings of the vinyl were packaged more cheaply, but the story is nonetheless part of music industry folklore, and Saville went on to design album art for Roxy Music, Pulp, OMD, Suede, and Peter Gabriel.

Decipher the code — Instead of printing the title of the track on the sleeve, Saville and Wicken opted to encode the title, band name, and label information using colored blocks, the key for which was printed on the rear of the sleeve. No wonder it's as much an essential for design geeks as it is for crate diggers.

For more of the backstory, check out the 2002 film, 24 Hour Party People, which tells the tale of Factory Record's boss Tony Wilson, who in addition to working with Joy Division and New Order, ran Manchester's equivalent of Studio 54, a nightclub called The Hacienda... and never lived down the mispriced single mishap.