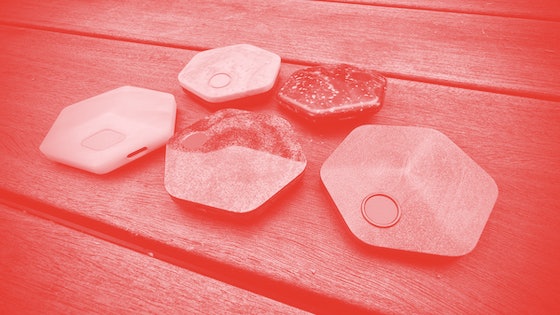 Block, the financial services and blockchain company formerly known as Square, is finally ready to show off its hardware bitcoin wallet.

Based off an image shared by Block hardware lead Jesse Dorogusker, it looks a lot like a rock. A very edible rock, mind you, but a rock.

Rockey — The device appears to feature a USB-C port, so the crypto wallet can be charged, and a fingerprint reader to facilitate transactions, so users won’t have to rely on pins or passwords to move bitcoin around.

Otherwise it looks like a strange, six-sided paperweight, styled in several, rock candy-esque mineral finishes that I’d happily put in my mouth. The company didn’t share anything beyond this image of the device, but Block’s CEO Jack Dorsey did amusingly refer to the little pucks as “Rockey,” which feels more than apt.

Block’s comments to The Verge suggest this isn’t a final design by any means, but it is a hint of what the company is considering. It’s also in line with what the company’s publicly shared so far.

Three keys — Block first announced its plans to build a hardware wallet for bitcoin last summer, but hasn’t been super public about what the device would actually look like until now.

In the system Block is building, the wallet acts as one of three keys that can validate a transaction, the other two being a companion mobile app, and Block’s own servers. A user would only need two of the three keys to complete a transaction, meaning you’re not necessarily shit out of luck if you lose access to your phone or your bitcoin rock.

The inclusion of USB-C and a fingerprint reader were two features that Block says will make the whole system easier for the average users. The lack of a screen on the wallet is a bit more unconventional — crypto wallets often have some kind of tiny display — but it certainly makes Block’s take stand out.