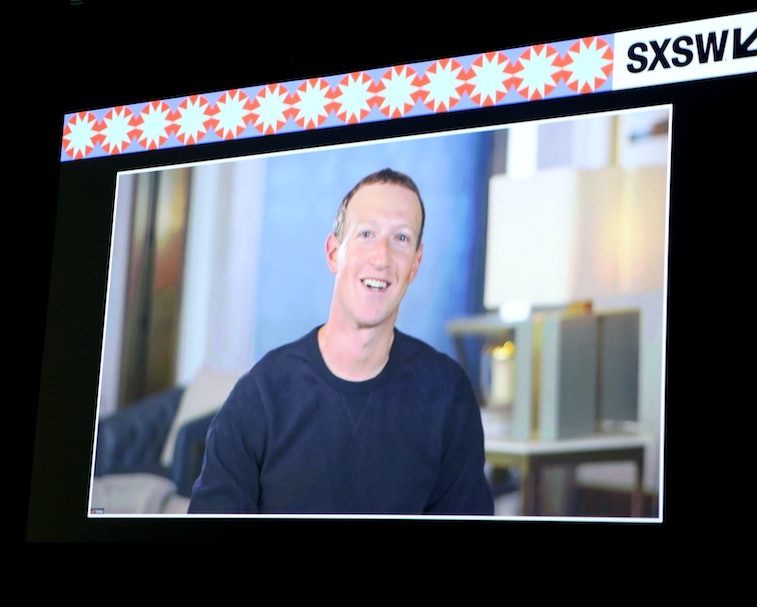 Instagram will soon incorporate NFTs into its platform, according to a talk Zuckerberg gave at SXSW. Meta’s stock recently lost a quarter of its value and hasn’t recovered. Meanwhile, Zuckerberg has seen people selling jpegs back and forth for ridiculous sums. So it all makes sense: of course Zuckerberg wants a slice of the pie.

There are no details — "I'm not ready to kind of announce exactly what that's going to be today,” he said in reference to Instagram’s foray into digital assets. “But over the next several months, the ability to bring some of your NFTs in, hopefully over time be able to mint things within that environment.”

The Meta CEO’s fixation on the metaverse is still going strong. “I would hope that you know, the clothing that your avatar is wearing in the metaverse, you know, can be basically minted as an NFT and you can take it between your different places,” he said.

The NFT market... has been better — The timing isn’t great: In the past two weeks, we’ve seen a broad crypto sell-off that signals waning enthusiasm for NFTs. And after the craven cash grabs, corporate bullshit, controversial collectives, and general scams dominating the NFT space, it’s not hard to imagine why some people are losing faith.

Crypto bros are trying to milk profit from any smidge of brand recognition or nostalgia (think Blockbuster, LimeWire, Olive Garden) to hawk “collectibles” with volatile and questionable value. Besides the financial risks, the climate impacts are profound. NFTs are largely purchased via the cryptocurrency Ethereum, which is built on a system called “proof of work” that consumes startlingly large amounts of energy (a Bitcoin transaction requires about 1.5 million times more energy than swiping a credit card). Bitcoin alone accounts for 0.40% of the world’s total electricity consumption.

Twitter got there first — Other social media companies have already rolled out NFT-specific features. Twitter, for example, allows NFT owners fancy hexagonal profile pictures to display their blockchain-based ape cartoons (though users immediately found a way around this by screenshotting an NFT, minting it, and making it their profile picture). Input previously wrote about Twitter as an NFT battleground, “with cryptocurrency investors hosting Spaces to talk about the future of the technology and lauding big purchases while everyone else makes “right-click save” jokes.”