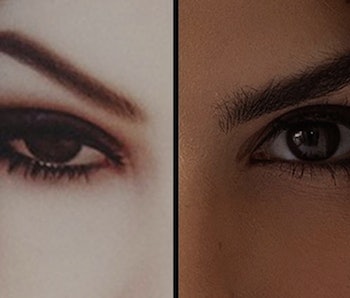 Israeli model Yael Cohen Aris, 25, is used to seeing photos of herself. With over a million followers on Instagram and nearly 800,000 on TikTok, screens around the world constantly view the photos and videos of her. But Cohen Aris was taken aback when she found out that a company had used her likeness on a sex doll without her permission.

After an Instagram follower alerted her to the product, she saw that the doll had her features, the same lower lip beauty mark, and was posed in ways she commonly does. The product even shared the name Yael, which she says removed the last shred of doubt in her mind that the company designed the sex doll in her image.

Irontech, the Chinese company that makes the product, says it was all a “coincidence.”

On the British broadcast This Morning, Cohen Aris shared details from her career: joining the Israeli Defense Forces at 18 for mandatory army service, working there for four years as a software engineer, and then pivoting to modeling after building a following on social media. After spending her childhood dreaming of becoming an actress, the power of social media excites her. But putting her image online has risks, and she’s uncomfortable with being turned into a sex doll without consent.

“I don’t have anything against the sex doll industry, but of course, the problem here is that they did it without my consent, without my knowledge,” she said.

She’s not interested in getting a percentage of sales — she just wants to get it off the internet. She hopes that bringing awareness to the story will start a conversation about online privacy.

Irontech told Daily Mail UK that its doll designs are unique and any similarities with real people are coincidental, but that it would rename the doll. The product is now called “Ashley” on Irontech’s site but other retailers still use the name “Yael.”