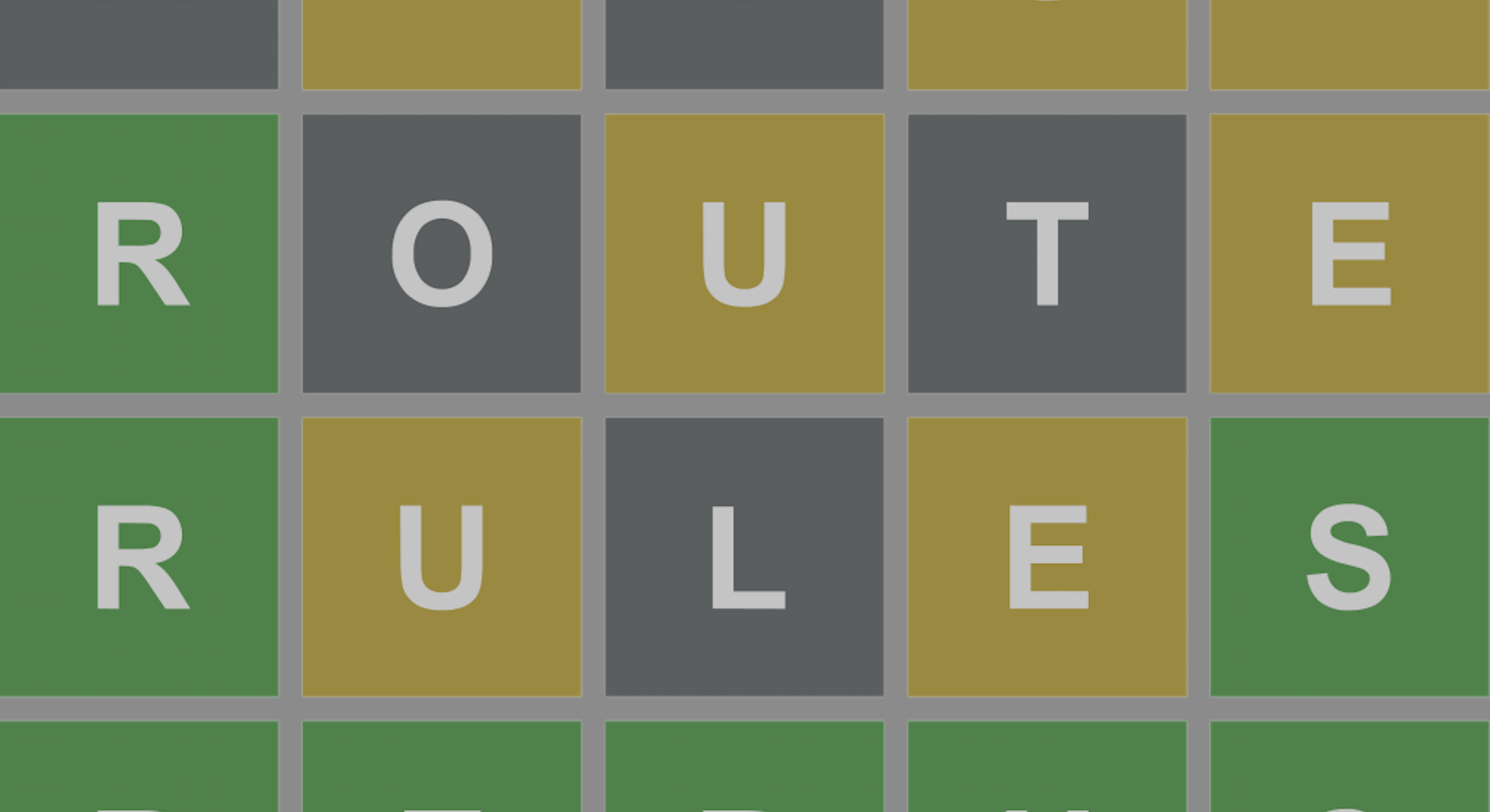 Wordle, the online game that every day presents you with six chances to guess a five-letter word, has become an unavoidable phenomenon in recent weeks.

It’s got a lot going for it: It’s free, compulsively playable, and a good distraction from our present hellscape. It has a canny social-sharing aspect — Twitter is blanketed with users posting their daily results in a kaleidoscope of colored-square emoji. And its backstory — creator Josh Wardle, a software engineer in Brooklyn, coded it last year for his partner, who loves word games — warms the heart.

And now you can play it on iOS. Sort of.

As of yesterday, Wordle – The App is available on Apple’s App Store. It’s got nearly 100 ratings, averaging just under five stars. At the time of this writing, it’s the 15th-most downloaded word game worldwide. But it’s not Wardle’s creation.

Rather, it’s the product of Zach Shakked, a New York–based entrepreneur whose personal website’s performance dashboard shows previous apps he’s developed net him more than a quarter million dollars a month. According to his now-locked Twitter account, Shakked began hacking together an iOS version of Wordle on Friday. Within 48 hours, he submitted a version of the app to the App Store, which approved it yesterday.

The new app allows players to guess five-letter words, just like in the web version of Wordle, but adds in four-, six- and seven-letter ones. Whereas the original version of Wordle developed by Wardle allows users only one game per day, Shakked’s version allows you unlimited play — provided you pay $29.99 for Wordle Pro, an in-app purchase.

You can test Wordle Pro in a three-day free trial: Data shared publicly by Shakked this morning indicates at least 950 people are currently on that trial. If they all converted to full paid versions, that’d be nearly $28,500 in in-app purchases. “We’re going to the fucking moon,” he tweeted.

As if this all weren’t villainous enough, Shakked has been replying to those asking if he’ll credit or share his earnings with Wardle by snarkily implying that he borrowed the game mechanics from the middling TV show Lingo. Shakked did not immediately respond to requests for comment made via email, tweet, and Twitter DM.

Folks on Twitter are pissed that Wardle’s version of the game is being ripped off. “My personal views are that stealing isn’t right, and it goes against all moral codes to not only steal an idea, but to monetize a free game that was created for fun and to spread joy,” says Bailey Matthews, a software engineer from the U.K.

“But to also not give credit to the original author is devilish,” Matthews adds. “[Shakked] works in open-source software; he should know the importance of credit and mutual respect.”

Shakked is far from the only person looking to capitalize on the runaway success of Wordle. There are more than a dozen copycat apps in the App Store with similar dynamics and the same name or a close variation thereof. They all seem designed to leech off the success of Wardle’s creation. One of them, simply called Wordle, is currently the top-rated word game in the App Store. It too is indistinguishable from Wardle’s web version.

When it comes to apps, none of this is new. In the ultimate twist of irony, Shakked has fallen victim to a copycat himself.

His app Hashtag Expert — which highlights trending hashtags across social media and has earned him $6.8 million in revenue since it was launched in 2017 — was allegedly copied by a competitor. Shakked was plenty unhappy about it when he found out in November 2020, tweeting into the void: “Are you freaking kidding me?”

As for Wardle? Marty Schwimmer, a trademark and copyright lawyer with New York legal practice Leason Ellis, says that he may have grounds for recourse, should he choose to pursue a case. “For starters, the Shakked version seems to be called Wordle,” he says. “It seems to be generally thought that a fellow named Wardle named his game Wordle first. He doesn’t seem to have filed for trademark protection in the U.S., but if he used it first, then he would have common law rights.”

“There could be a trademark issue [for Shakked] in the U.S.”

Schwimmer says that a lack of prior third-party use of the term Wordle before Wardle released his version of the game puts him in a good position. “Wordle does not seem to be a descriptive or generic name for word games,” he says. “There could be a trademark issue [for Shakked] in the U.S.”

While the mechanics of the original Wordle aren’t protectable under U.S. copyright law, its appearance might be, according to Schwimmer. “A chessboard might not be protectable, but a unique expression of how the pieces look could potentially be,” he explains. “Here, the second version seems to also use the same colors and same general layout of the board.”

And all of us posting our results on Twitter may help Wardle’s case. Schwimmer hadn’t played the original Wordle until he was approached for insight by Input. But he did recognize the colors. “I would identify the green and yellow array of boxes as originating with Wordle, so maybe the Wardle version has already achieved ‘secondary meaning’ in an array of green and yellow boxes as a trademark,” says Schwimmer.

“It’s a little more complicated than that,” he adds, “but good enough to say that Wardle might have protectable dress” — a form of trademark law that shields creators of original products from having their idea lifted wholesale. (It’s why, for instance, off-brand corn flakes boxes must look different from Kellogg’s boxes.)

Whether the original inventor would actually take legal action is unknown. Besides a handful of interviews for stories about his game, Wardle has kept mum. (Wardle did not immediately respond to Input’s request for comment on this story.)

In the meantime, the Wordle – The App download numbers keep growing. It appears Shakked might be achieving his recently tweeted New Year’s resolutions — which include “be more vulgar” and “make tons of fucking money” — sooner than even he may have dreamed.

Update 1/12/22: Overnight Apple removed Shakked’s Wordle rip-off from the App Store, alongside any other apps named Wordle that used similar mechanics and/or colors to Wardle’s web version. Shakked unlocked his Twitter profile and offered this explanation for why he felt justified in his actions. “I’ll go back to creating apps based on my completely, evergreen, original ideas and never fuck with anything remotely like this again,” he concluded.