To delete or not to delete? The fate of the most contentious Wikipedia articles 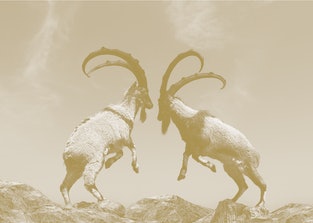 Roughly how many articles were nominated for deletion this year.

Wikipedia is, famously, the free online encyclopedia that anyone can edit. But you can’t clog it with just anything.

Sorry, no one cares about your garage band. This isn’t the place for journaling your dream or logging your childhood stuffed animals or your really thoroughly calculated doomsday prediction. When articles don’t meet the free encyclopedia’s strict standards, they’re sent to the curb. Goodbye Earlobe fetishism, Judaism and bus stops, and List of jellyfish who have stung notable people.

Wikipedia is a splendidly extensive record of almost everything that matters; a modern-day Library of Alexandria that’s free, accessible, and dynamic. But Wikipedia is characterized not only by what it is but also by what it is not. It’s not a soapbox, a battleground, nor a blog, it states in a matter-of-fact essay.

In Wikipedia’s 21-year-long history, there have been almost 500,000 articles nominated for deletion. This year alone has seen about 20,000. It takes an admirable intensity to spend your free time building the sum of all human knowledge, but those who devote their time to the backstage discussions possess a spectacularly nerdy zeal. Wikipedia’s diehard editors perform the largely thankless task of debating the articles’ notability, sifting through the pile of tiny high schools, irrelevant businesses, obscure landmarks, and self-promotional articles that read like thinly disguised resumes. And believe it or not, they do it all for free.

Once articles are put on trial, the odds are stacked against them. About 60 percent get deleted, about 25 percent are kept, and the rest are merged, redirected, or met with some other unusual fate. Most discussions happen quickly and quietly, but a select few, for one reason or another, metastasize into massive discussions on culture, politics, and what Wikipedia ought to be.

The hot-button articles of 2021 — This week, a roundup in Wikipedia’s editor-run newspaper, The Signpost, highlights other tumultuous discussions from 2021. In addition to “Qanon Shaman,” there was a fight over Josh fight in April. In addition, Let's Go Brandon saw a passionate deletion discussion, but when the sly insult proved more than a transient media fad, editors ruled to keep it. A few weeks ago, editors debated whether a single chess match deserved a standalone article (it did, and you can read about Carlsen versus Nepomniachtchi, World Chess Championship 2021, Game 6 at your convenience).

But the most remarkable discussion of the year occurred in November when editors re-opened the discussion of whether or not to purge Mass killings under communist regimes. The seven-day-long debate sent conservative media abuzz (The Heritage Foundation said the arguments for deletion were “absurd and ahistorical”) and by Wikipedian JPxG’s analysis, it yielded the largest “article for deletion” discussion of all time — by a landslide.

Does it even matter, all things considered, if an article lives or dies? Well, maybe. A Wikipedia article gives a topic a stamp of legitimacy, and there’s danger in giving that stamp to unworthy subjects. Ksenia Coffman, an editor known to remove glowing, unsourced biographies of minor Nazi figures, believes that allowing “Nazi fancruft” on Wikipedia “elides the horrors of war,” according to a Wired profile from earlier this year. There are issues on the other extreme, as well. Trigger-happy deletionists can perpetuate bias when they persistently delete articles in certain subjects, like fashion or female scientists, due to a perceived lack of notability. In one egregious case, physicist Donna Strickland didn’t have a Wikipedia page when she won the 2018 Nobel Prize. Someone had written one, but editors didn’t deem it notable enough to publish. The gender and regional biases on Wikipedia should concern you, as Wikipedia often serves as an adjudicator of significance.

Deletion discussion data viz — Back in 2010, Moritz Stefaner, Dario Taraborelli, and Giovanni Luca Ciampaglia created notabilia.net to visualize the longest deletion debates. It remains a fun rabbit hole to go down, with each discussion represented by a hair. Together, the hairs form a tangle. “Each time a user recommends to keep, merge, or redirect the article, a green segment leaning towards the left is added,” the site reads. “Each time a user recommends to delete the article, a red segment leaning towards the right is added.” More extensive discussions mean longer and curlier hairs.

Mouse over the swirling knot of controversial articles, from Worst United States president in history to Possible consequences of Kosovo independence to Flying Spaghetti Monster, and marvel at the intricate, behind-the-scenes bureaucracy that powers the free encyclopedia.