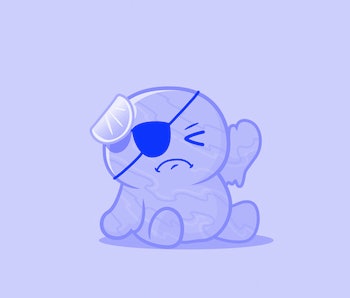 Dark side: a pair of Los Angeles 20-year-olds made off with $1.1 million dollars in an NFT rug pull this January. Bright side: the U.S. Department of Justice has charged the pair with federal crimes, making it explicit that NFT scams are fraud are officially prosecutable offenses.

Andre Llacuna and Ethan Nguyen collected money from investors for “Frosties” NFTs back in January. The tokens, which resemble anthropomorphic ice cream, were supposed to grant access to exclusive giveaways, passes to future NFTs, and a metaverse-based game, but hours after the project’s release, Nguyen and Llacuna transferred the cryptocurrency proceeds of the scheme to various cryptocurrency wallets under their control and deactivated the Frosties website. They ran like bandits with the money they’d received from investors, orchestrating a classic rug pull, which the Department of Justice describes as an occurrence where a project creator “solicits investments and then abruptly abandons a project and fraudulently retains the project investors’ funds.”

The duo was preparing for another NFT launch advertised as “Embers.” According to the DOJ, Embers was anticipated to generate approximately $1.5 million in cryptocurrency.

Crypto crime is real crime— The NFT space has seen loads of scammy, problematic, and otherwise concerning events occur without repercussions. But in this case, law enforcement is cracking down. Less than three months after the Frosties release, the U.S. Attorney's Office for the Southern District of New York reports that the two actors have been arrested and charged with conspiracy to commit wire fraud and conspiracy to commit money laundering. U.S. Attorney Damian Williams says:

“Where there is money to be made, fraudsters will look for ways to steal it. As we allege, Mr. Nguyen and Mr. Llacuna promised investors the benefits of the Frosties NFTs, but when it sold out, they pulled the rug out from under the victims, almost immediately shutting down the website and transferring the money. Our job as prosecutors and law enforcement is to protect investors from swindlers looking for a payday.”

Betrayed investors— The Frosties community had a mixed reaction to the DOJ release. In screenshots captured by prolific Web3 critic Molly White, the Frosties Discord “erupted into total chaos” on Thursday after the announcement. Certain moderators deleted the DOJ link describing the arrest while others confirmed the rug pull. “We got screwed just like you,” one wrote.