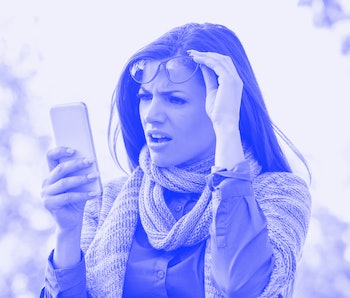 We're all guilty of it. We see a headline on Twitter that appeals to us or tickles one of our outrage buttons, and we hit retweet without, you know, actually reading the article to make sure it's not just filler, or actually a hate-filled diatribe hidden behind a misleading header. In order to combat this, and "help promote informed discussion," Twitters testing a new feature for Android that will prompt you to open an article you're trying to share if you haven't done so before hitting retweet.

The move comes as Twitter tries to reduce misinformation on its platform by marking Tweets making dubious claims with fact-check labels... including, controversially, some from its most famous user — and one extremely likely to share conspiracy theory content and other unfounded stories without reading them — Donald J. Trump.

Read before burning — "Sharing an article can spark conversation, so you may want to read it before you Tweet it," the tweet from the Twitter Support account reads. "To help promote informed discussion, we're testing a new prompt on Android – when you Retweet an article that you haven't opened on Twitter, we may ask if you'd like to open it first."

There's no indication if or when the feature will be made permanent, or whether it'll come to iOS devices. Twitter has in recent months also rolled out features that use keywords to identify tweets that could contain bullying or otherwise abuse content and present the user with a pop-up asking them if they're sure they still want to share the tweet in which they call someone a "libtard snowflake cuck," for instance.

Misinformation measures — Twitter's also said it's considering a new verification system that would allow users to request verification and, hopefully, make it easier for medical professionals and other experts to get the coveted blue tick next to their handles. And the company has been allowing some users to limit who can reply to their tweets.

There's still plenty to fix, though. Twitter's still refusing to take down tweets containing falsehoods about a widower's deceased spouse, and it continues to exhibit double standards when it comes to enforcing its terms of service — it's taken down content from an account that tweets exactly the same content Trump does, for example, yet the Commander-in-chief's account faces no such censure. It's also got a massive bot problem to overcome, with much of the "reopen America" rhetoric on the service coming from automated mischief-makers.

All you can do is ask — Will this new feature completely stop people from sharing things they haven't actually read? Of course not, this is Twitter after all. Like all social media, it thrives on outrage, mudslinging, and partisan pugilism. But it might give at least some people pause, and if it stops even a handful of unread — likely incendiary — posts getting amplified, it will have been worth it.