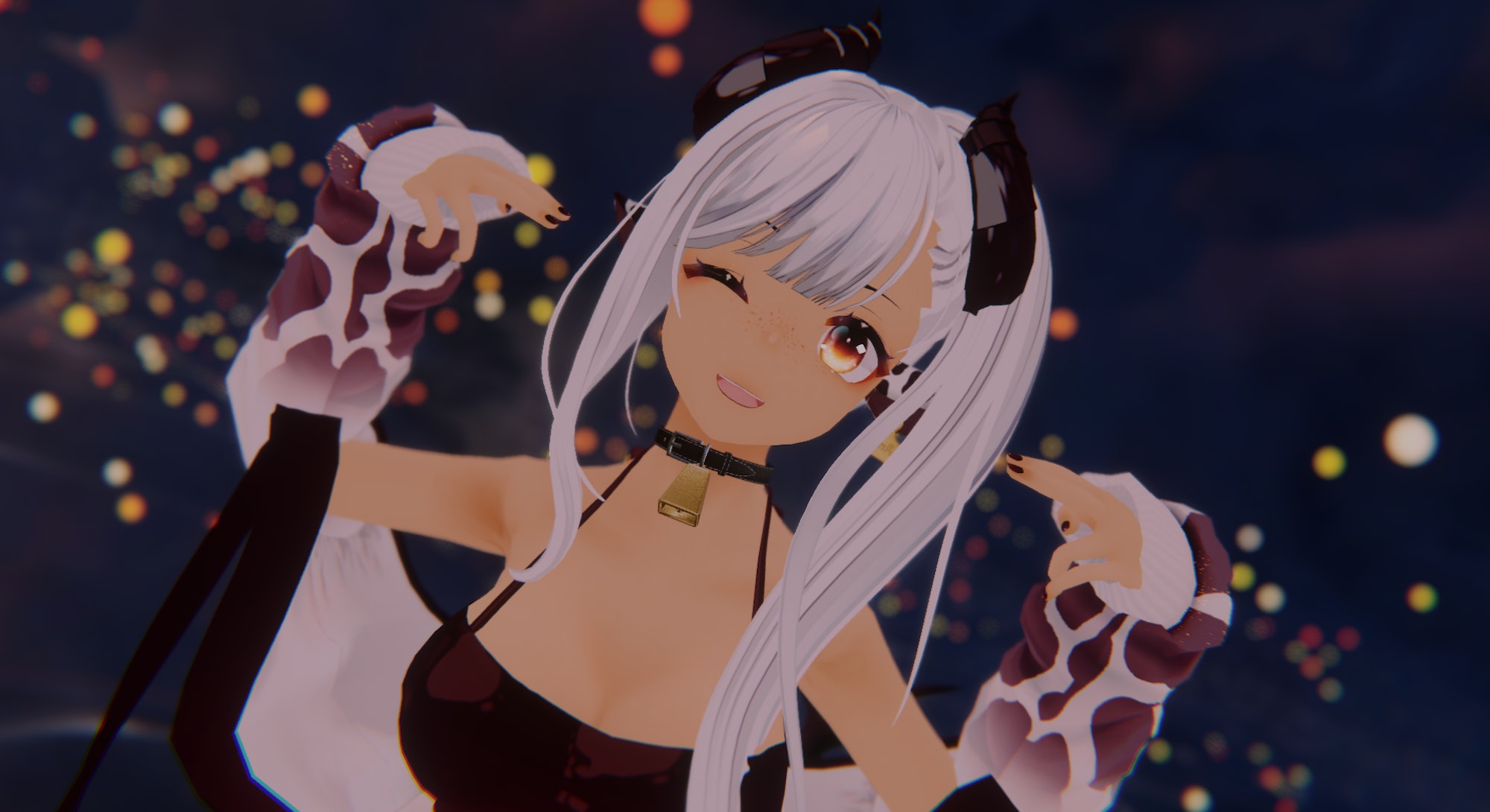 When Artsy started out as a streamer in 2017, she decided she wanted to be a VTuber. VTubing is a form of vlogging that originated in Japan and involves the use of virtual avatars, rather than physical selves, to create videos or streaming content.

Artsy was already a fan of using the VRChat platform and had a background in design. The idea of using an avatar appealed to her creative side. She conjured up a virtual model inspired by classic anime girls, one that was feminine and cute, like the popular VTuber CodeMiko. But rather than speak with her audience, Artsy decided to be a nonverbal streamer.

To get her point across, she used hand gestures and facial expressions — which her avatar mirrored, courtesy of her VR setup — as she moved through the digital realm of VRChat. She streamed her “tours” on Twitch.

After a few years, Artsy — whose name, like those of all the interviewees in this article, is being withheld by Input for privacy reasons — had gathered a sizable following. Success emboldened the influencer to start using her voice on streams. She says she became known as “a very feminine guy” who streamed as a virtual woman. At the time, she still identified as a cisgender man.

“Before I started speaking, people thought of me as female, even though I never specified anything about myself,” says Artsy, who is 29 and based in the Netherlands. “It felt very, very nice to me, even though I didn’t identify that way at the time. I knew I needed to explore those feelings.” She continued creating content as a “femboy” until June of this year, when she began life as a trans woman. She credits her followers with giving her the confidence to come out.

“I wasn’t a very happy person for the majority of my life,” says Artsy. “I suppressed doing anything feminine for years, and I was never really comfortable with myself.” She now has 100,000 followers on Twitch and 109,000 followers on YouTube, where she uploads snippets of her streams. Her clips, which often involve sexual innuendo and laughter, are a glimpse into Artsy’s personality: confident, bright, and fun.

The time she spent streaming gave her the confidence she needed to embrace those parts of herself. “When I started VTubing with a female avatar, I realized that people would accept me as I am,” Artsy says. “It felt easier to exist. It made a huge difference.”

In fact, VTubing is making a difference to trans women all over the internet. The VTuber community, which offers creators ultimate freedom over their appearance and interactions with the world, has attracted numerous trans creators seeking refuge from the difficulties they often face in IRL.

There is now a Trans VTuber of the Week Twitter account, and last month, community members put together a 75-person showcase of trans VTubers. Artsy, as a key figure in the community, was one of its hosts and helped to guide viewers through the parade of different avatars. The online event attracted so many submissions that organizers had to create a second showcase.

The positivity and support of the VTubing community is a welcome relief for trans women, who battle transphobia in the physical world and are often targeted by trolls online. “It’s amazing to have a space where trans people can belong and feel safe,” says Peep, a 20-year-old from Florida who streams gaming and political content under the name Ms. Peep on YouTube.

For Peep, who started VTubing earlier this year using an anime girl avatar with a choker, brown bob, and cat ears, VTubing offered respite from digital abuse. “If you appear trans, people will call you out for it. They will point out features like your voice or your face. They’re just really mean for no reason.”

Artsy says that VTubing tends to attract more open-minded folks. “Being a VTuber exposes you to a different kind of community than ordinary streamers,” she says. “People are generally more loving and accepting.”

The VTubing space offers more than acceptance: It’s a world where trans women can transition instantaneously.

IRL, the process can be costly and time-consuming. According to queer banking group Daylight, trans people are more likely to experience anxiety and depression, and treating these conditions costs trans women both time and money. On top of this, Daylight estimates that the cost of gender reassignment surgery for trans women runs $30,000 or more. Then there are additional costs for hormone therapy, new clothes, and legal name changes.

Being a VTuber provides a quick — although somewhat superficial — route around these expenses. “The magical thing about being a VTuber is you can simply design yourself and be alive online much faster than you can in real life,” Artsy says.

Peep found that VTubing helped her to navigate feelings of dysphoria. When she started streaming as a VTuber, she was feeling unhappy about her shoulders and Adam’s apple area IRL. Using an avatar meant she was freed from those concerns.

“It’s kind of like an escape. You have artistic freedom to present yourself however you want,” she says. “It's like a mirror, but it shows you what you want to see. It’s powerful, but also comforting.”

“Once you take control of a character, you can look at yourself in a mirror and kind of feel happy about it.”

Artsy also says that presenting as a woman online helped her to feel more comfortable with her real-life appearance, especially early on in her transition. “Once you take control of a character, and you see yourself move, and see the face react to your expressions, you can look at yourself in a mirror and kind of feel happy about it,” she says.

Seri, a 26-year-old VTuber from the East Coast who streams gaming content on Twitch under the name TeaQueen, was drawn to VTubing for this reason. Her stream lore is based on the concept of “a corrupted A.I. system” and features a range of different identities. Using an auburn-haired anime girl avatar with furry animal ears allowed her to communicate with the world while she was unhappy with her actual appearance.

It wasn’t a cure-all for her dysphoria, though. “Sometimes I got lost in the idealism of my avatar, and it made my dysphoria worse, because I couldn’t match those standards,” Seri admits. “But in the long run, it really helped me.”

Trans women also use VTubing as a way to practice their social skills. All the women interviewed for this article were raised and socialized to be men during childhood. When they transitioned, they had to relearn a myriad of behaviors that most people take for granted — hand gestures, speech patterns, rules of interaction — in the context of their new gender. VTubing allows them to experiment in a low-stakes way.

Seri used VTubing to finesse how she interacted with the world. “I was very cognizant when I started transitioning that men get treated differently,” she says. “Presenting as female on the internet helped me figure out how to handle different situations and use my speech.” She says VTubing taught her how to deal with male attention and safely diffuse situations with unwanted admirers.

Peep is beyond the point of using an avatar as practice. She’s found the confidence to start appearing as her physical self on YouTube. But that doesn’t mean she’ll stop VTubing.

“I want to continue even beyond when I’m fully transitioned,” she says. “I want people to know that it’s okay to be trans, and I think being a trans content creator sends that message. It shows people that we should pursue what really makes us happy, because that’s what matters in life.”

This article was originally published on Dec. 7, 2021