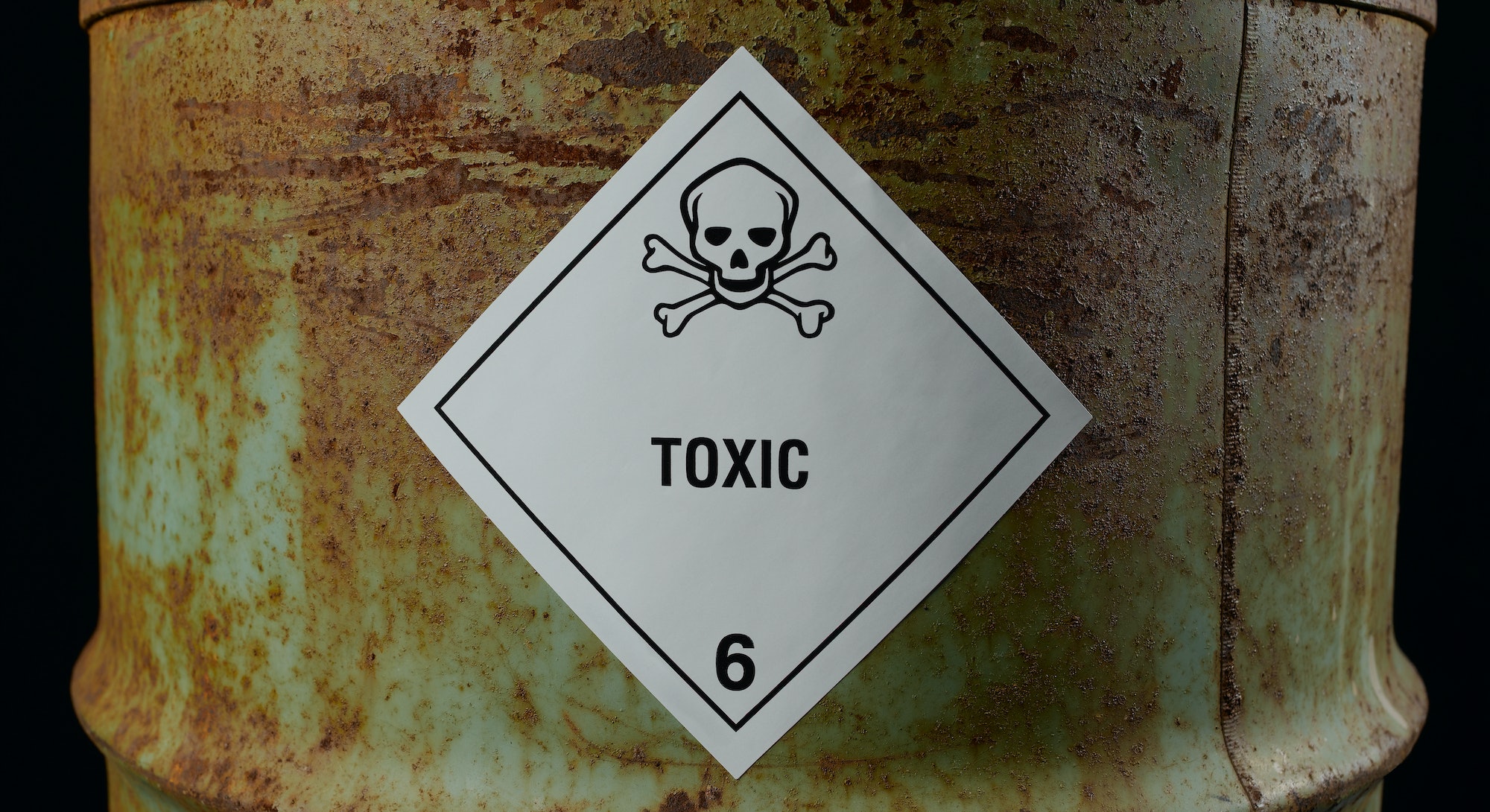 When Peyton Knight started her TikTok in 2021, she was going through a difficult time.

Knight, a social media manager and former competitive dancer, was in a long-distance relationship, and things weren’t going well. She suspected her partner wasn’t being honest with her. In fact, it felt like he was playing games and messing with her mind. It made her head spin.

While she was in the relationship, Knight had all kinds of wild theories about what was going on. At times, she found herself scheming about ways she could get revenge or put her partner through the same pain he was inflicting upon her. She struggled to get these thoughts out of her head — which is why she decided to start posting about them on TikTok.

“I thought, This is silly. It’s fun. No one takes themselves seriously on this platform,” explains the 23-year-old Knight, a single mother who lives in California with her daughter. To her, TikTok felt like a playground where she could share her wildest plots. “It became an outlet for me to manifest the neurotic, crazy ideas I had that weren’t necessarily going on in our relationship, as a way to help people laugh at themselves.”

Knight didn’t expect her videos to go viral, but they did. Her clip about toxic texting got 750,000 views. The sequel — “Toxic Texting Tip #2,” in which she urges women to temporarily ghost their male love interests after asking them for an alluring picture — got more than 900,000.

It inspired her to post more and more about “toxic behavior.” In her videos, she discusses how to remind men that they are easily replaced, how to track down a man’s mother to tell her that he cheated on you, and how to gaslight toxic men. She saw it as a way to help other women with their relationship woes.

“I could get out there and expose toxic behaviors, expose some of the things that I personally have done,” says Knight, who has more than 470,000 followers on her account, @poshmama101. “A lot of them are hyperboles or over-exaggerations — things you definitely wouldn’t do in a healthy relationship. That’s sort of my niche.”

Knight is one of the many creators — mostly young women — who dominate “toxic TikTok,” a corner of the social media platform where creators exchange tips about telling lies, manipulating others, and generally engaging in bad behavior. Using hashtags like #toxictok and #toxictiktok — which have amassed hundreds of millions of views — they’re teaching their followers about the ruthless tactics that can help them manipulate their way to success.

According to Cameron Surro, a 22-year-old aspiring dancer and toxic TikToker who recently graduated from the University of South Carolina, the growing appetite for toxic-themed content stems from the rise of the “villain era,” a TikTok trend that emerged in the spring. “It’s about swapping politeness for a spine,” according to Bustle, “and people-pleasing for independence.”

“Last summer, everything was all about ‘hot girl summer,’” says Surro, who has more than 350,000 followers on her account, @camisurro. “I feel like that was about being in a healing stage — your hot girl era is where you’re healing, working on yourself, going to the gym every day, and eating healthy.

“The villain era is kind of a stem off that,” she continues. “You’re done healing, you’re done putting up with shitty people, and you know exactly what you deserve. You’re just kind of doing things for your own pleasure, and it doesn’t matter if you’re hurting people along the way.”

Knight thinks toxic TikTok is part and parcel of the villain era, and marks a cultural turning point: Women are determined to get what they want out of their lives and their relationships no matter the cost. “They want to take that power back for themselves and show men, like, ‘You know what? You don’t have all of this control over me!’” Knight says. “The villain era is encapsulating women embracing their confidence, rather than being evil. They’re taking power back.”

She’s noticed that young women are the biggest consumers of toxic content. “Based on the analytics, it’s 90 percent women and 10 percent men, mostly in English-speaking countries,” says Knight, who earns money through the Creator Fund and brand partnerships. Many of her fans are looking for guidance about relationships. “Based on the comments,” she says, “my followers are anywhere from middle-school age to 20.”

Not everyone on toxic TikTok is female or offering up dating advice. Take Zacharie Saddock, a 20-year-old French film student with 345,000 followers on his account, @zach_saddock. Saddock has gained traction through his “Motherf*cker Tip” series.

It features suggestions about how to hide your license plate from speed cameras, how to scam your way into popular restaurants, and how to get extra time off work. The last tip — “Keep in mind one thing if you're starting a new job: No matter what the reality is, you now have four, alive grandparents” — has been viewed more than nine million times.

“I’m not actually saying you should do these things. I’m hopefully making funny and useful content,” says Saddock, who adds that he has received positive comments from viewers who have used his tips IRL. “I assume most people will find what they want in it — but I’m not responsible for their actions.”

According to Surro, toxic TikTok is all about self-defense, rather than outright manipulation. “I didn’t really talk to boys at my college until I was a junior — all these guys that were really shitty guys — so my TikTok was me making these skits about things boys have said to me or did to me,” she explains.

She wanted to help other women fight back, so she started posting about toxic tips to use on toxic people, like never letting them sleep in your bed or ghosting them at random, as well as guidance on how to gaslight men. “I just kind of shifted my content towards how to be toxic,” she says, “to combat the toxic things that guys would do to me.”

Knight notes advice on toxic TikTok isn’t limited to romantic heterosexual relationships. “Maybe someone’s being bullied or outcast by their supposed group of friends — they take some of my tips so they don’t get walked over. It’s just a way to be more in control of your intimate relationships, like an Uno reverse card,” she says.

“Most people know that it’s just funny. But I get a lot of people commenting or messaging me to thank me, to say my advice helped them.”

Although her TikToks are largely engineered for comedic value, they apparently have IRL consequences. “Most people know that it’s just funny,” Knight says. “But I get a lot of people commenting or messaging me to thank me, to say my advice helped them.”

Despite taking pride in the benefits of their content, creators in this space want to make it clear that viewers — especially young, heterosexual women — shouldn’t view these tips as a tactic to form long-term relationships. “Being toxic to men who don’t truly like you gets them to be more interested, but only for a short period, and only in the beginning — it’s not going to change someone’s emotions or make them actually date you,” Surro explains.

She also warns viewers against using these tactics to manipulate genuinely nice people or inflict pain just because they feel like it. “You don’t do this stuff on a guy that’s treating you well or genuinely cares about you,” she says. “If you’re doing these toxic tips just because you think it’s funny, it’s not going to work.”

Saddock — who tells Input that he has been unable to monetize his mostly female viewership — also has concerns about how his videos are interpreted by others. He points to his more controversial tips, like telling viewers to cut in front of Teslas to barge their way into traffic or pretend to be deaf if they get pulled over by the cops. “That actually haunts me,” he says. “I always fear that someday people will tell me ‘Hey, I actually did this, it’s really dangerous — I lost a relative [this way]’ or something.”

But Saddock has faith that, for the most part, his audience will do the right thing. “I hope people can put things in perspective,” he says. “You can’t follow any advice you see on the internet for your personal life. I make the bet that people are smart enough to understand that — and I’m not responsible for their personal bullshit.”

While Surro and Knight claim they have the full support of most of their viewers, they have noticed a bit of backlash from men, who feel hurt by the women’s takes on claiming power in relationships. “They leave comments like, ‘Oh I’m nice, I’m a good guy. I’d never deal with a girl like this,’” says Surro. “Or they say, ‘I know if she was talking to me like this, she wouldn’t be worth it. Blah, blah, blah.’ That type of stuff.”

Knight lays the blame for such comments at the feet of TikTok’s pickup artists, who dole out similar advice, but with a misogynistic bent. She believes their viewers are “basically taught to try and manipulate women into feeling small and not realizing their own potential,” she says.

For Knight, the proof of concept comes from her viewers. The followers of pick-up artists aren’t drowning in women, she says. But the fans of toxic TikTok? They’re thriving. “Hundreds of people message me saying that they're so grateful that they got their confidence back, or that they were able to cut off that toxic friend or confront someone in their life,” Knight says.

“It’s just a way to assert yourself,” she continues. “I think the rewards of making this content surmount the risks. I do think there can be benefits.”