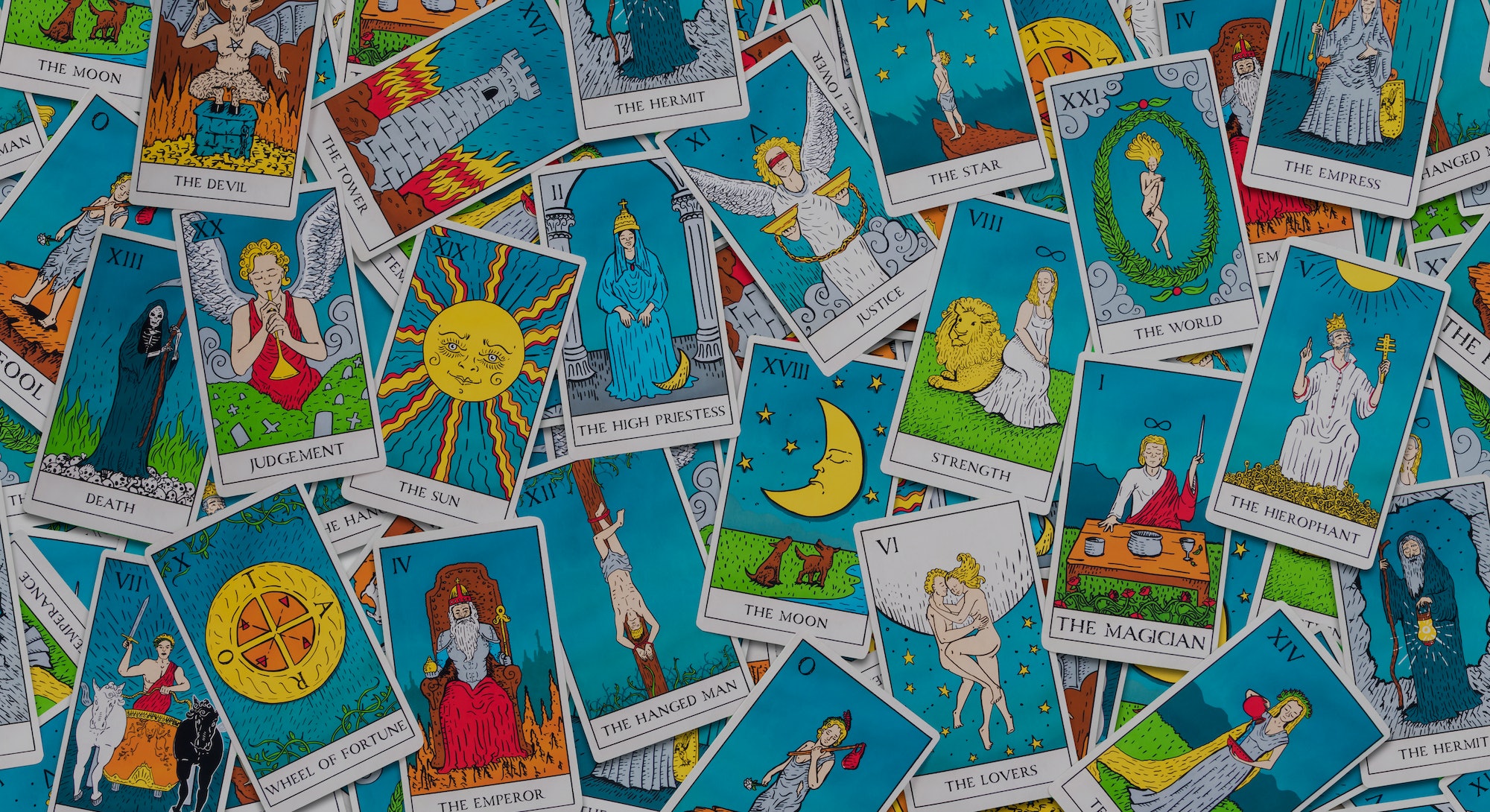 Two years ago, when Sarah was in the heady midst of a blossoming romance, she was plagued with anxious thoughts: Does he really like me? Will he text? Will this work?

Encouraged by her friends, the now 29-year-old turned to TikTok tarot for answers. On the platform, videos with titles like “you must watch this,” “someone is on the verge of declaring their feelings for you,” and “messages in these cards are very powerful. Keep scrolling if you fear the truth” vied for her attention. The videos themselves featured bodiless hands, sometimes adorned with rings, hovering over a deck of facedown cards.

Surely it was fate that I found these videos, thought Sarah, a Zimbabwe-based paralegal who asked that Input not use her last name.

“I was addicted to TikTok tarot and relied on it for every problem.”

The guy Sarah was dating “wasn’t very direct with how he felt,” she says. “So for the duration of the relationship, I used TikTok tarot to form my basis of his feelings towards me.” These videos seemed to tell her what she wanted to hear — that he was interested and the relationship would last — so she kept watching.

And Sarah is hardly alone: Tarot content is booming on TikTok, where the #tarot hashtag has accumulated 27.5 billion views and counting. Predominantly young TikTokers claiming to be spiritual oracles film themselves doing tarot readings and say that every video is unique to each user, despite the fact that the content is the same for anyone who watches.

Users are often ushered onto charged TikTok Lives where they have a chance to ask their questions in real time. Prices can range from $2 to $500. Many old school tarot readers say that the TikTokers doing these readings are either inexperienced or deliberately doing wrong by their clients.

Before long, things began to spiral for Sarah. “I was addicted to TikTok tarot and relied on it for every problem,” she says.

“I literally spent hours watching videos,” she continues. “I would wake up and watch them first thing in the morning, and select five to 10 videos and watch them throughout the day. With TikTok tarot Lives, I would start at 2 a.m., and by 6 a.m. would still be awake watching them.”

Luckly, she was only parting with a few dollars at a time during these TikTok Lives, but she was obsessed with the readings. “I was very vulnerable,” Sarah says, “and I was seeking validation.”

By this point her relationship was over, and she was miserable. But TikTok tarot readings offered her hope in the shape of promises that her ex would return to her within six months, so she waited. Meanwhile, Sarah saw some readers who claimed they could determine if you are pregnant in exchange for money, so she decided to test it out.

“I really think if it wasn’t for tarot, I would have moved on a long time before.”

The reader claimed Sarah was having a baby, but she definitely was not. Sarah was sickened. “They prey on people,” she says. But even this was not enough to fully break the hold TikTok tarot had on her.

Half a year came and went, and nothing changed, despite the prediction she would reunite with her ex. “I really think if it wasn’t for tarot, I would have moved on a long time before,” Sarah says, “but because I kept on watching tarot readings, and they all said he would come back or he’s contemplating contacting you, I had hope.

“It is very sick that I did that because these are just random videos online with people saying whatever they say,” she continues. Eventually she deleted the app, though she fell off the wagon a handful of times, returning to the tarot videos for comfort.

Maribeth, a 35-year-old tarot practitioner from New York who asked that Input not use her full name, is part of an unofficial community of “older” readers — i.e., those who trained before TikTok existed — concerned with the rise of online readings.

“If you look at a bunch of tarot TikToks, then you’re more likely to see them come up on your For You page,” says Maribeth, who’s been doing readings for eight years. “That’s just how the algorithm works. But someone who doesn't really understand thinks all of these messages are destined for them.”

Rafael Cordova Gámez, a 23-year-old tarot reader and biochemistry Masters student in Washington State, is also critical of many in the TikTok tarot community.

“I think there’s a fairly obvious divide between those who practice and the sellers,” says Gámez, whose @mercmoonmystyc account has nearly 3,000 followers. “The former seldom, if ever, starts a video with ‘This reading is for you’ or ‘You need to hear this’ or anything that instills false urgency.”

Gámez argues that TikTok tarot readers are often too busy maximizing their engagement metrics to immerse themselves in the important details of tarot. He does “card of the day” videos where he selects a random card and explains its meaning.

Maribeth, whose @maritheeempress account has more than 3,600 followers, also does educational videos. “I think the most ethical approach is to come from an informative angle,” she says. (She doesn’t charge on the platform, but provides a link for paid readings through her website.)

Maribeth says she’s frustrated with TikTokers who deliberately share outcomes viewers desire, especially when it comes to love. “If someone keeps posting the affirmation that you want to hear, you're more likely to book them for a reading, and people who are constantly looking for those signs are going to keep coming back for reassurance,” she says. “I hate that environment on TikTok. It’s simply lying to people.”

Not surprisingly, there have been allegations of outright scams. Earlier this year, dozens of people — including Sarah — tweeted that Instagram and TikTok tarot reader Buhle Ngoma had taken their money but never given them a tarot reading. (Ngoma did not respond to Input’s request for comment.)

Today, Sarah looks back with regret on the time and money she spent on TikTok tarot. Leaving it all behind, she says, was the best thing she could have done for herself.

“I just stopped” watching the videos, she says. “I wanted to take control of my own thinking and trust my own intuition. I thought, If I can't trust a random person on the internet, surely I can just trust myself.

“If I had just asked the person I was seeing how he felt about me,” she continues, “it would have saved me a lot of time.”