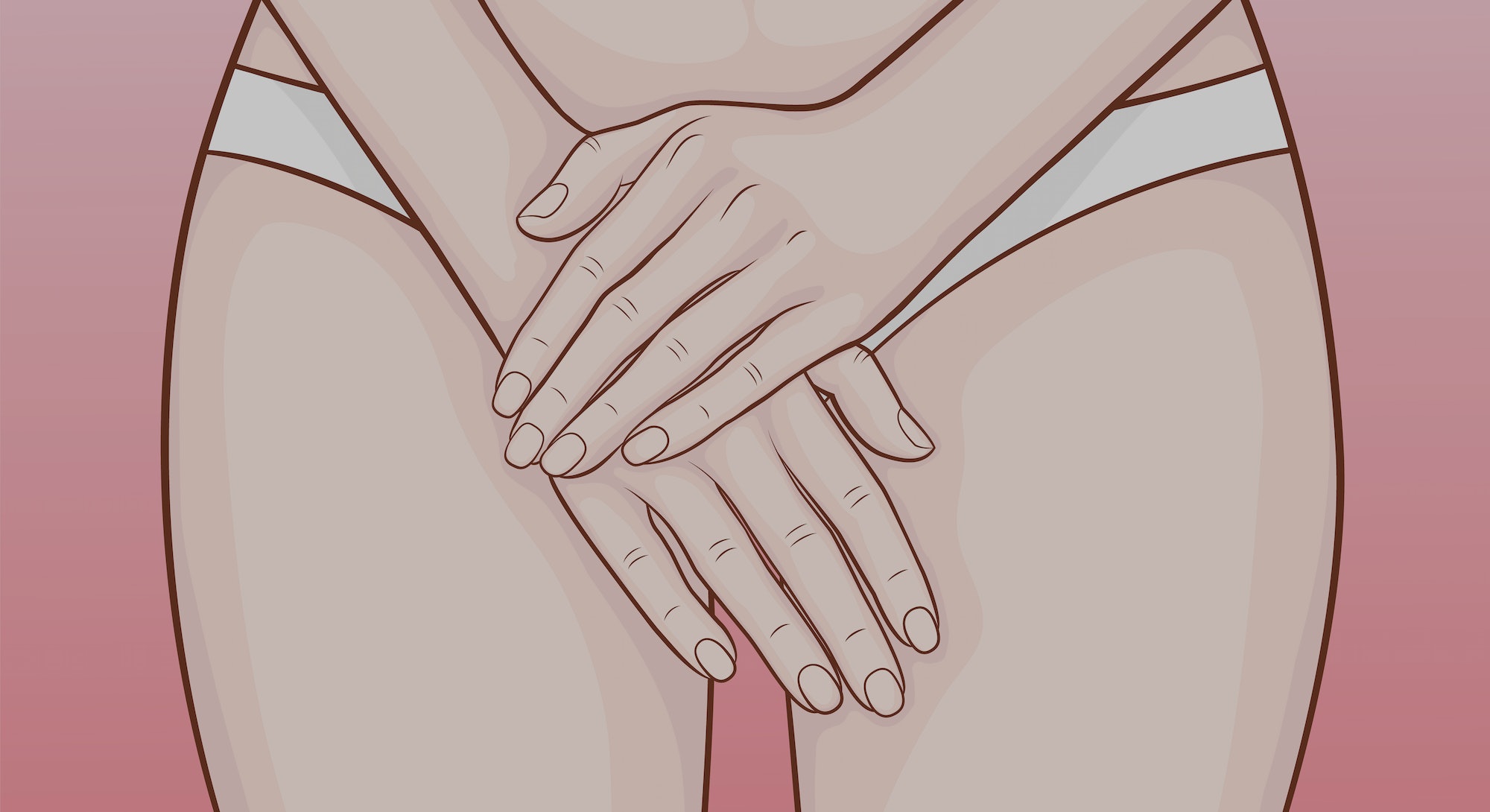 Kim Rosas says educating people about periods is her calling.

Rosas, who’s from Pineville, N.C., is a proponent of reusable products such as menstrual cups, which collect period blood and can then be emptied and washed out. She considers them a better option for the planet — and her body — than mass-produced, single-use products. “They really changed my own period for the better,” she says.

Rosas started posting videos about reusable period products on a YouTube account she called Period Nirvana in 2012. It grew over time, and now has more than 37,000 followers. She’s also set up an Instagram account, but held out on starting a TikTok profile for a number of reasons.

“TikTok was the thing I avoided hopping on because it was a dance app,” she says. “I’m 36, nearly 37, and I didn’t want to get involved. I felt as an educator, it wasn’t a good fit for me because I did 20-minute YouTube videos. This topic is so expansive, you just don’t explain it in 20 seconds.”

But she joined the app just over a year ago after seeing its rise and the potential to educate a new, younger audience about their bodies. That’s when the problems started.

Since then, Rosas has been in constant battle with TikTok’s overly censorious content moderation system, which keeps flagging her educational videos about periods as breaching the app’s community guidelines. In all, 36 videos of Rosas’s have fallen afoul of the moderation system; Rosas estimates around 80 percent of them were later reinstated upon appeal.

“This has basically been happening the entire time I’ve had a TikTok account,” she says. “It’s never very consistent.” She says her content is no different from that of other sex and period educators on the platform, but she feels she’s penalized more.

“Typically anything where I’m inserting or removing a product from a medical model is censored,” she says. This despite the fact that she’s spent hours hand-crafting colorful silicon models of women’s anatomy to look as non-graphic as possible specifically for TikTok.

In addition, she has put tiny hats on the mock-ups in an attempt to not get falsely flagged by automatic image-recognition software, and she has on occasion changed the color of her “period blood” facsimile to blue. She’s also become adept at using stickers within the TikTok app to hide bits she thinks may trigger the algorithm.

“TikTok is the most extreme [platform],” she says. “They take down almost any video that has anything to do with body parts — it’s a guarantee.” When she posts a video to TikTok, Rosas says, she has to babysit it to appeal any moderator flag that’s raised.

Instagram, which has long been criticized for its censorious approach to female bodies, has been kind to Rosas — though others have not had the same experience. Cherie Hoeger, the founder of reusable period products brand Saalt, tells Input she was shut down on Instagram on March 3. After posting a much-viewed open letter to Instagram on Medium, her account was restored March 17.

“I believe there’s a stigma around period care and period care companies,” Hoeger says. She wrote her Medium post as a way to try and force Instagram’s hand after exploring every other avenue unsuccessfully. “Literally the next day after I posted that, it was just activated suddenly,” she says.

She still doesn’t know why she was banned — and likely never will. “Because it’s period care, and it’s a taboo sector, I think we get flagged more often than not,” Hoeger says.

On TikTok, Rosas has 230,000 followers, and her videos have nine million likes. Over the last year, Rosas has received multiple warnings from TikTok threatening her with a ban — which eventually happened on March 21, for repeated supposed violations of community guidelines. The decision — which was quickly reversed after Rosas reached out to a fellow OBGYN educator with a contact at TikTok — frustrated the creator.

“We’re covering topics that aren’t taught in schools and people really crave,” she says. Bans and blocks mean that talking about periods is not normalized as it should be.

The situation doesn’t surprise some. “This is a classic example of censorship of sex is trickling down to content in the public interest and free expression,” says Carolina Are, an academic who has studied content moderation on platforms — and has her own history of being censored on TikTok. “Apparently, in the tech world, ‘woman’ — no matter what she does — is shorthand for ‘sex.’”

And sex resolutely isn’t allowed on TikTok. Users on the platform have long relied on code words and euphemisms to get around censorship — and Rosas has been forced to resort to similar tactics to talk about a perfectly natural part of life for half the population. “They’ve put us in a weird position where we look like we’re afraid to talk about it, but we’re just going along with the censorship of topics” out of necessity, she says. Among the Period Nirvana fanbase, sex isn’t sex: It’s “vase cleaning.”

Having to navigate the foibles of TikTok’s content moderation practices is a job in and of itself — and one that experts feel shouldn’t be needed for matters like menstruation. “Despite platform companies’ persistent refrain of neutrality, their community guidelines are applied in profoundly uneven — and quite conservative — ways,” says Brooke Erin Duffy, associate professor at Cornell University who researches gender and social media.

“Women, people of color, and members of LGBTQ+ community report being unfairly targeted by platform ‘punishments,’ which include shadowbanning, demonetization, or other mechanisms that render them invisible,” she adds.

Duffy points out that what Rosas is encountering at the hands of TikTok has its precedents in more traditional forms of media, including movies and TV, which have “historically sought to regulate women’s bodies through various degrees of censorship.”

TikTok, for its part, tells Input that Rosas’ account was banned in error, caught up in a dragnet that flagged depictions of adult content. “At TikTok, we work hard to ensure our platform is a safe space and welcome content on important topics like menstrual health,” a spokesperson says.

“We are open about the fact that we don’t always get every decision right, which is why we continue to invest at scale in our safety operations,” they add. “We also encourage creators to use our simple appeals process for cases where people believe no violation has occurred.”

For Rosas, the biggest nuisance is simply not knowing what’s going to trigger the algorithm next. “I’ve never, ever reached a human at TikTok — ever,” she says. “I never have the chance to explain that I’m an educator. When you can’t reach someone at the other end and say, ‘This content is educational, I’m not showing vulvas for the sake of being sexual,’ it’s frustrating.”

It also has a meaningful impact on those who create and consume the content. “TikTok has power over users’ speech, expression, and income,” says Are, who worries that “their approach is ‘delete first and ask questions later’. They’re playing with lives and livelihoods here.”

The impact of losing your platform online is not negligible. But more than that, it’s about educating girls about their bodies. “I constantly have to battle with TikTok about what is appropriate for their audience,” she says. “I don’t think they’re giving their audience enough credit.”

Tweens regularly message Rosas through the app, asking her questions and telling her about their bodies in levels of detail that even she’s surprised by. “They’re getting educated on their bodies in a good way,” she says. “And this doesn’t change unless more people discuss it and point out why the censorship is so problematic.”