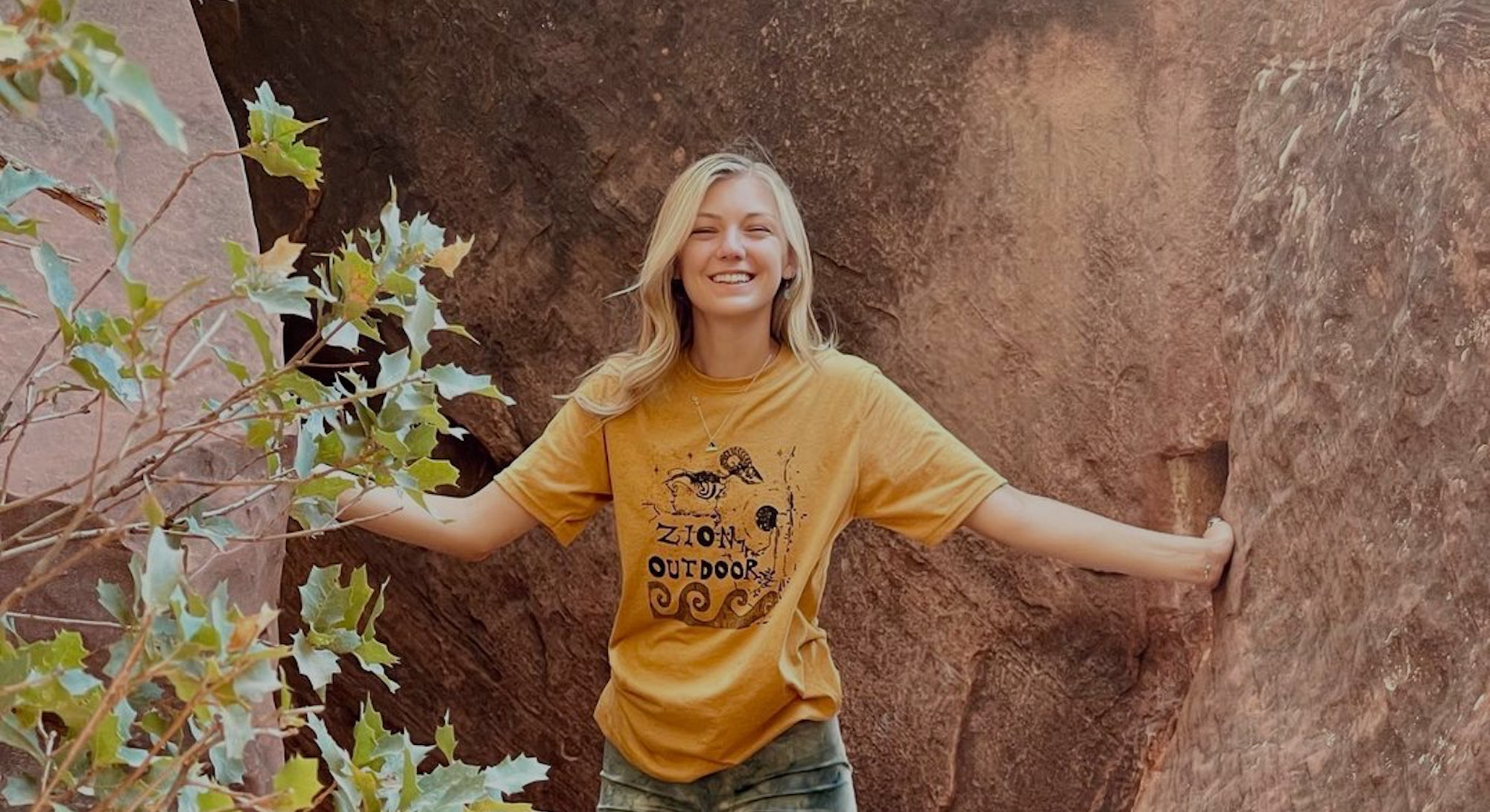 She started with witty skits that leaned heavily on pop culture references, like Tinder and horoscopes. By summer, she had graduated to longer-form video series, focusing on subjects like YouTube star Shane Dawson and The Bling Ring group that famously robbed celebrities in the late aughts.

Campbell’s most-viewed videos garnered between 35,000 and 75,000 views. But over the last week, her views skyrocketed into the millions. The reason? Her frequent posts about the case of Gabrielle “Gabby” Petito, the 22-year-old aspiring influencer who went missing during a cross-country van trip with her fiancé, Brian Laundrie, now a person of interest in the case.

Laundrie returned home to North Port, Florida, without Petito on Sept. 1, and Petito was reported missing on Sept. 11. When the search for Petito began, Laundrie refused to speak with authorities; he has since disappeared. Yesterday, FBI officials said that human remains thought to be those of Petito were discovered in the Bridger-Teton National Forest on the east boundary of Grand Teton National Park in Wyoming.

The case has gripped social media, where Petito had started to build a humble following — she posted frequently on Instagram and vlogged on YouTube. On TikTok, the hashtag #gabbypetito has gathered over half a billion views so far.

Campbell began posting TikTok videos about the case on Sept. 13. At the time, she says, there “was nothing on TikTok about it.” So she put up the missing person poster of Petito. Since then, Campbell has posted a total of 42 videos about the case, including ones about Petito and Laundrie’s relationship and Laundrie’s refusal to talk to the police. With speculation on the case running wild, Campbell says her goal is to “spread accurate information.”

Hayley Toumaian, a 24-year-old true crime podcaster, YouTuber, and TikToker from California has been creating some of the most-viewed TikTok updates on Gabby’s disappearance. “A lot of people could kind of relate to her in a way,” Toumaian says, explaining the case’s appeal on social media. “We’re around the same age. I’m also a YouTuber. I'm engaged. I saw a lot of myself in what was being reported about her.” Like Petito, Toumaian posts video clips to her YouTube channel that heavily feature her fiancé.

Petito’s large digital footprint — from Dyrt, a camping app, to Spotify — also gives armchair sleuths a lot of material to sift through. “People have analyzed her Instagram posts and her YouTube videos,” Toumaian says of her fellow TikTokers. “Her last Instagram picture, people talked about if she actually posted it or not. There's been a lot of looking into the caption and how different it was from her other posts: the style of the photo, the lack of geotagging and hashtags.”

Toumaian even posted a video in which she breaks down an analysis of Petito’s grown-out roots, to try and date the last photograph that was posted on her Instagram. The general belief among the true crime TikTok community is that Petito did not post the photograph herself.

The case seems to have caught on, in part, because it’s playing out in real-time. “I can’t think of any true crime case that's been similar to this really, like, in the exact way, with evidence unfolding in front of you,” says Sondra Holbrook, a 31-year-old true crime aficionado from New Hampshire who has also been documenting the case on her TikTok. Holbrook says that TikTokers are used to dealing with cold cases and evidence from long ago, which makes speculation feel less taboo.

Of course, this being the internet, misinformation on the case is rife. “Yesterday, all day, people were sending me this video of Brian Laundrie walking behind his parents’ house,” Campbell says. “It's just a bald guy walking in a backyard. It’s not him. People still send me stuff about the couple that was murdered in Moab, even though the authorities have said it’s not connected. And I get a lot of messages from clairvoyants and psychics who say they’ve ‘spoken’ to Gabby.”

It has reached the point where Campbell has had to step in and directly combat misinformation and bizarre theories. “One of the huge ones is the Yellowstone ‘Zone of Death,’” she says. “People are convinced it’s an area where crime is legal, which is just not true. So that’s one I’ve tried to debunk, because it adds unnecessary circulation of bogus stuff.”

Toumaian, on the other hand, believes that this kind of speculation is useful. “I think it's beneficial that we are sharing some of those theories,” she says. Toumaian has posted videos about the unconfirmed discovery of a body thought to be Laundrie’s, a theory about someone changing the location of Gabby’s phone to Puerto Rico, and Gabby’s supposed appearance in the background of a Reddit photo. However, she is quick to post updates if and when her videos are proven to be false.

That’s a viewpoint that Holbrook objects to, as she feels it encourages an overly light approach to these criminal cases. “I’ve seen people talk about how they can’t wait for this to be a Netflix series, which is totally disrespectful,” Holbrook says. “I even had people comment on my video saying, ‘I love this case’ or ‘I feel like I’m living out a real-life crime documentary.’ Well, it’s not a crime documentary. It’s someone’s life.”

Abbie Richards, a TikTok misinformation and disinformation researcher, echoes those sentiments. “The way true crime turns real people’s trauma into entertainment for profit is already disgusting,” she wrote in a recent Twitter thread. “But watching it unfold in real-time with Gabby Petito’s case is nauseating.” She added, “TikTok’s algorithm means any video can go viral and thus any video that ‘might help solve the case’ can go viral. It seems like the lack of faith in police to solve the crime is mixing with overconfidence in the quality of information on TikTok.”

“Supporting a victim and her family does not include pouring through her intimate details and then broadcasting them for attention and profit on social media.”

All of the content creators interviewed by Input have since put up videos about the apparent discovery of Petito’s body, expressing sadness at the news. They have all requested that their followers respect the Petito family’s privacy at this time, and offered their condolences to the young woman’s loved ones.

​​“I’m planning on continuing to follow along, but will be doing so with respect and privacy towards Gabby’s family. I’ll keep things more fact-based and not speculate about Gabby and Brian’s personal relationship too much,” says Campbell, adding that she’s ready to take a step back from the case.

Toumaian, meanwhile, has taken the Petito case as a call to arms. “I am planning to start doing other cases with a focus on missing persons that need to be solved and heard about, because those are the ones that we need to get out,” she tells Input.

On her TikTok account, Toumaian later posted a video with a much bolder stance. “Six hundred thousand people go missing every year,” she says. “In five days we found Gabby because of all that we put into this — and we’re not going to stop. We’re just going to keep going.”

In her Twitter thread, Roberts had a simple message for internet sleuths like Toumaian: “Supporting a victim and her family does not include pouring through her intimate details and then broadcasting them for attention and profit on social media. You are not a detective. Log off.”