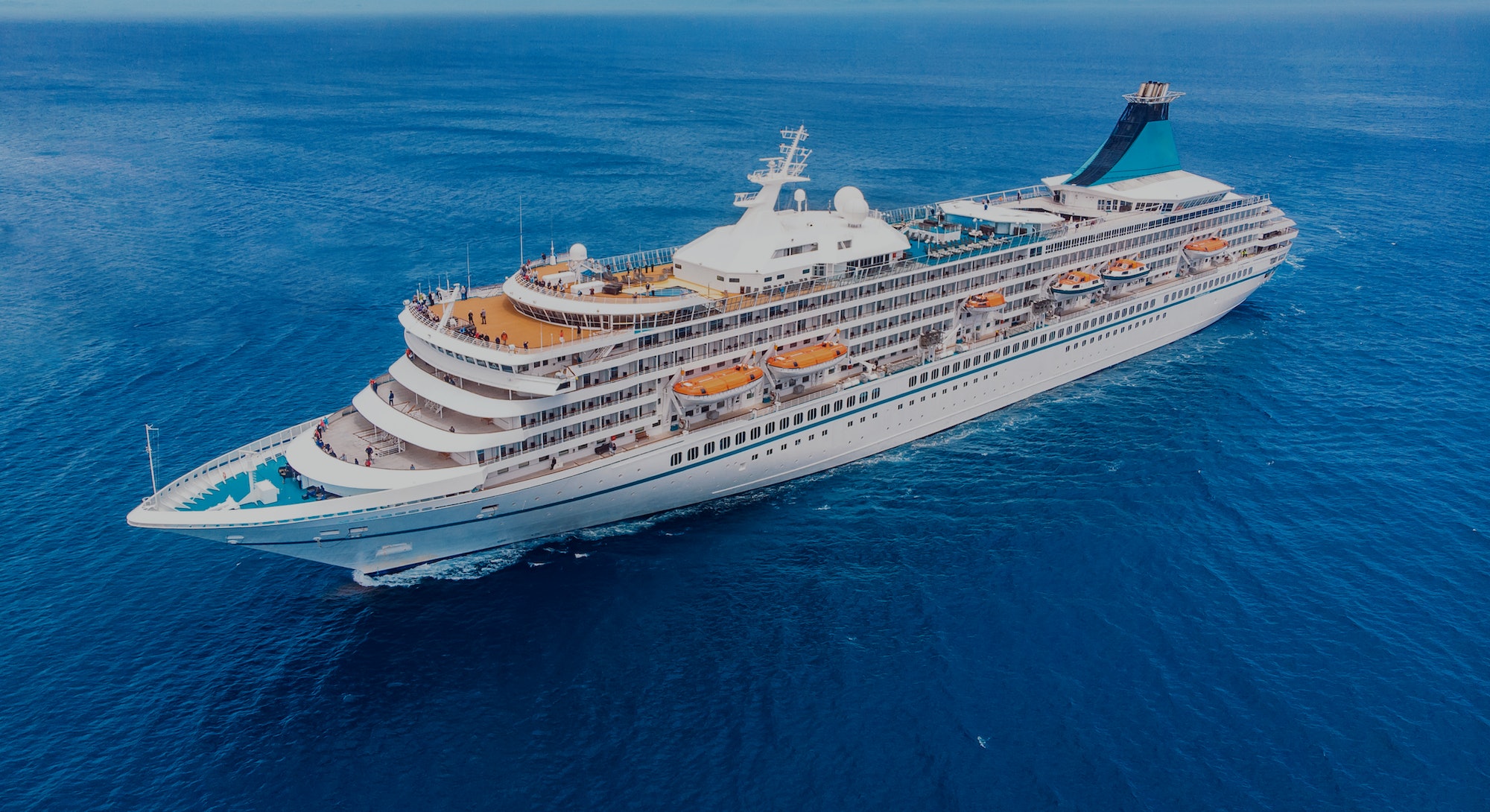 The 34-year-old musician from San Francisco was on a cruise with friends and heard a solo guitarist performing on one of the decks. “It clicked,” he says. “This is a job, a real thing people do.”

After the performance, James spoke to the guitarist, who gave him advice on how to get a job — as well as a connection to her agent. He recalls the guitarist telling him, “This is the best job I’ve ever had.”

Today, James feels similarly. Even though he’s at the five-year mark in his career at sea — the point at which most musicians on cruises decide to move on — James wants to work for way longer. “I’m really enjoying it,” says James, who is employed by Royal Caribbean. “I think I’m going to stick around for a while.”

But it hasn’t all been smooth sailing for James. As the pandemic wracked the world, the cruise industry shut up shop. “During COVID, every single cruise ship job disappeared,” says James. “We all went home, and what did we do with our time? We all jumped on TikTok.” On his For You Page, James was served lots of “day in the life” worker content. He was particularly enthralled by flight attendant TikTok.

Such videos inspired him. “There’s so much of cruise ship life that people don’t know because it’s behind the scenes,” he says. “I told myself, ‘When I get back on a ship, I want to start making TikToks.’” His @bryanjames.music account now has 635,000 followers who watch his videos for his narrated looks at cruise ship life. One of his most popular videos, which has been seen 4.6 million times, explains what crew members do on their rare shore days, when they’re allowed off the ship to relax.

Ann Knypl, a 32-year-old who works for Celebrity Cruises, is another cruise ship TikToker. Her family, based in the Philippines, had plenty of experience working on cruise ships; her mom was a state room attendant for 15 years, and her brother works at sea, too. At the age of 24, she decided to follow in their footsteps. Like many ship workers, she began in the housekeeping department, cleaning cabins. She moved up the career ladder, ending up as a marketing communications manager.

The pandemic put her career on hold for a year. When the industry decided to welcome back passengers, she had to fly to Miami and undergo a two-week quarantine to ensure she was COVID-free. “Being in a Miami hotel for two weeks is, like, boredom,” she says. “You can’t do anything.” So she picked up TikTok.

The two-week quarantine period unexpectedly turned into four weeks. Knypl began posting on TikTok, gaining 10,000 followers by sharing videos of life before getting on board. People began peppering her with questions, and the comments signaled to the algorithm that her content was well-engaged with. Today 430,000 people follow her on @_super_ann account, where she taps into various TikTok trends. She says she’s not sure whether Celebrity Cruises knows about her exploits on the platform.

Another cruise ship worker, @cruisecamera, who navigates ships as a first officer for Royal Caribbean, has 34,000 followers. @cruisecamera, who requested that Input not use his real name, joined TikTok under much the same circumstances as James and Knypl.

“I was bored when cruising stopped,” he says. “I was still onboard but without guests and I wanted to do something,” he continues. (It was during this time that a number of cruise ship TikTokers went viral for posting content from abandoned ships that would ordinarily be packed with guests.) A colleague told him a fellow cruise worker had gained some level of popularity on TikTok; he checked out their feed and decided to do the same.

“I just filmed whatever I was doing at work that I felt was okay to film,” he says. @cruisecamera tries to show only the positive side of cruising, and he doesn’t share too much from restricted areas of the vessel. Most of @cruisecamera’s videos come from behind the steering wheel, and show how the enormous ship manages to navigate into and out of port.

But the account holder also gives glimpses into other areas: One of his most popular videos, viewed nearly 14 million times, shows a crew member going down a claustrophobic chute as part of evacuation practice procedures.

Occasionally, cruise ship TikTokers will run afoul of their employers. Like when James posted a video about the choppy conditions at sea. “I was talking about how ships rock on the sea, and I talked about these barf bags I saw them put out,” he says. The video went super-viral.

Royal Caribbean told him that they were glad the video was a success, but less glad that it was highlighting the sickness issues some experience on cruises. James ended up taking the clip down.

More of an issue than intrusive employers is the tech onboard ships. “Internet on a cruise ship is very expensive,” says Knypl. She pays 20 cents a minute for access, which isn’t always that reliable. “I have to aim not to use the internet that much.”

James echoes Knypl’s sentiments. “If there’s one pain point for all crew members, it’s that every single cruise line on the planet charges to use the internet,” says James. “And on top of that, it’s really, really, hilariously slow.” James says that situation makes it difficult for him to build a connection with his audience. “It costs, so everything’s rapid-fire,” he says. “I try to make comments as fast as possible. It’s difficult.” Yet people keep watching, and engaging with, cruise ship TikTokers.

Why they do so is another question. “I can understand why it’s popular with people that like to cruise,” says James. “I get that. But it’s much more popular than just with people who cruise.”

James pauses for a second. “Man, what is the secret to it? I don’t know.” He’d like to think it’s his laid-back personality and his ability to make what he does look interesting. “But I don’t know,” he admits. “As humans, we like to see behind the scenes. That’s why we watch Dirty Jobs and all those TV shows that talk about what it’s like in the kitchen or something.

“We’re intrigued by the things we’re not part of,” he continues. “And cruise ships are really, really interesting.”