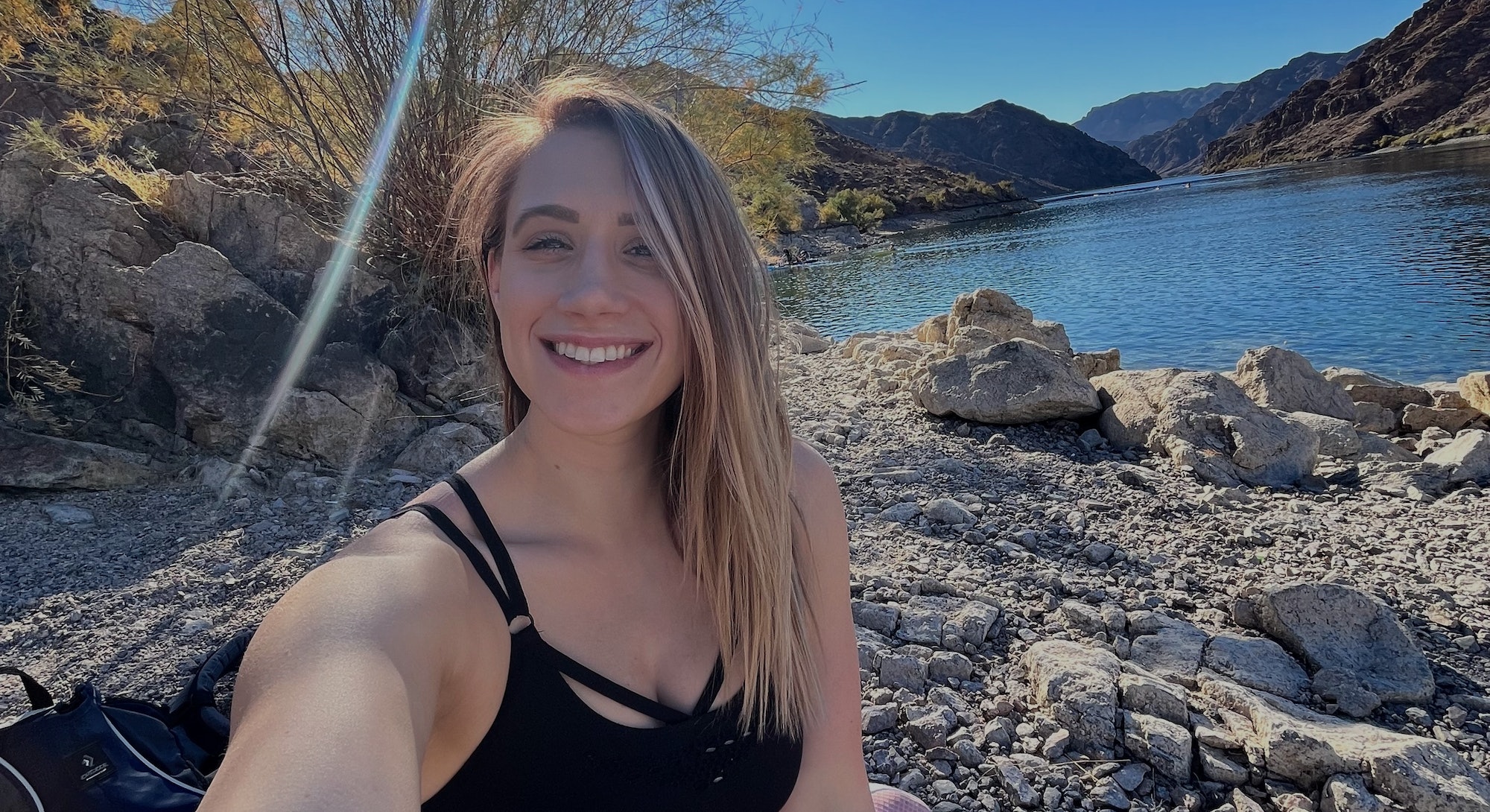 Four months ago, Sindy Hernandez had a terrible moment.

Hernandez’s husband was traveling for work, as he often does. She was left at home alone with her children — two boys, ages five and 13 — and was feeling isolated and upset after a long and difficult week of homeschooling her kids and working remotely for her husband’s security business.

She felt stressed, and she didn’t have family or friends nearby to lean on. The high-proof alcohol in her house suddenly started to look tempting — she had the urge to drink.

Although Hernandez, a 40-year-old from California, has been sober from alcohol and prescription medication for almost a decade, her struggles with addiction did not feel that far behind her. The fact that her brain was telling her to drink was alarming, especially when she had two children to care for. Luckily, she had a solution.

“I made sure my youngest kid was watching his iPad, and left him with my tween, who was playing video games,” says Hernandez, tearing up as she recounts the experience to Input. “I locked myself in my bedroom with my dog, took a big dab [of weed], and I cried a little bit. Then I took a breath and realized I was okay, and that I didn’t need that drink.” (The alcohol in the house? She uses it to make THC tinctures.)

While many would keep such experiences to themselves, Hernandez is open about such struggles on her TikTok account, @sindysugar, which has 56,200 followers. “I’m trying to show the community that I’m a working mom who is medicated. It’s not about getting high — it’s not what Hollywood makes it out to be,” she says. “I’m not going to be this loaded, dumb nuisance. I’m microdosing and parenting.”

Hernandez posts her content using the #cannamom tag, which has amassed well over half a billion views. It’s a safe space built by women who feel that using cannabis has helped them to be better mothers. They share their experiences of parenting while medicated and battle the stigma that comes with using marijuana as a mom, while also attempting to skirt TikTok rules and regulations that ban content dealing with drug use. (The cannamoms do not smoke on-camera.)

Some say they’ve started posting because of the biases against them. “I wanted to draw light to how it was treated with my employer, to tell you the truth,” says Fran Symons, a 33-year-old from Michigan whose @friendsandflores account has 45,100 followers. Symons, a stay-at-home mom raising a toddler, says she was fired from her job after testing positive for THC on a routine drug screen, even though recreational marijuana use is legal in her state.

The incident left her feeling embarrassed and ashamed. “I started to post because I wanted to feel comfortable in my own skin,” she says. “I wanted to make everybody see I'm still the normal person everybody loved and respected before.”

In recent months, she’s posted videos of her folding laundry while high and advocating for the “normalization” of marijuana use. “I think it's really important people see that moms who use cannabis are not dirty or unkempt or irresponsible or unsafe,” says Symons, who started smoking pot regularly at the age of 27 and found it helped her cope with mental health issues.

“It doesn’t matter if they’re a microdoser or if they smoke five bowls a day,” she continues. “It’s important that all of those moms feel supported, and know that they’re normal.”

Hernandez is also using TikTok to challenge society’s preconceptions about people — particularly mothers — who use marijuana. “I've been smoking cannabis for a long time now. But when I first started it was still a taboo, and I still think it is,” says Hernandez, who also says that weed has helped her with mental health issues.

“I’m trying to build a positive image,” she adds. “People can see I work out, I home school, that I work, and eat healthily. I’m trying to show people that this is actually good.”

The TikTok cannamom community is small but tight-knit. “We’re connecting offline and doing meetups, and we do weekly Zoom chats where we smoke together, listen to music, and hang out,” says Kayla Bloom, a stay-at-home mom to three children — ages one, four, and five — who lives in Nevada.

Bloom, 28, posts videos on her TikTok account @kaylacannabliss, which has 16,600 followers, about topics such as how smoking helps her manage the pressures of motherhood. “That’s the beauty of it — you’re not necessarily going to tell a new mom at the park you smoke weed every day, but with the other cannamoms, I can be vulnerable like that,” she says. “I can be honest with these women, and they get it. They love me for it.”

Symons agrees that connecting online is incredibly important for cannamoms, who often feel isolated IRL. “There’s just no other safe place in real life right now to be as open about it,” she says. “It's so important to be able to talk to somebody and ask questions.” Symons, who struggled to find the right dosage when she first started using cannabis in her youth, tries to be a guide for others, holding TikTok Lives where she answers followers’ inquiries.

Of course, not everyone is a fan of the cannamoms — critics say that they’re irresponsible and sometimes accuse cannamoms of being addicts, or even getting their children high. “The hypocrisy is crazy, because I know several moms who would be all over drinking a glass of Pinot Grigio at 11 a.m. if I got out the glasses,” says Symons, who has been called a “dope fiend” by anonymous trolls.

Symons is currently compiling research on the impact of alcohol on the brain, as well as what she believes to be the impact of propaganda from the alcohol industry, to show women that smoking can be a less damaging habit. “I’m working on a much more calculated response to fight the hypocrisy of ‘mommy juice,’” she says.

This hypocrisy is something that also frustrates Hernandez, who will be 10 years sober this September. “​​I only even argue with [mothers who drink but criticize smoking weed] because I know what it is to be an alcoholic. Cannabis and alcohol are not the same,” she says.

She wishes mothers who don’t approve of herbal medicine would be less judgmental. “If you want to drink your wine and enjoy it, that’s cool. But don’t hate on me ’cause I smoke, and I won’t hate on you. Let’s just be these two cool moms who enjoy different things.”

Ultimately, women like Bloom try to focus on the positive community they’re building. “I believe that we are changing the way people view cannabis, 100 percent,” she says, citing the respect she gets from her viewers. “We use cannabis, and we are productive as fuck. We’re going to get all of our shit done, and we’re going to be amazing mothers on top of it.”

🌿 4/20: Input’s got you covered with goods and gear if you’re just a bit too stoned to doomscroll...