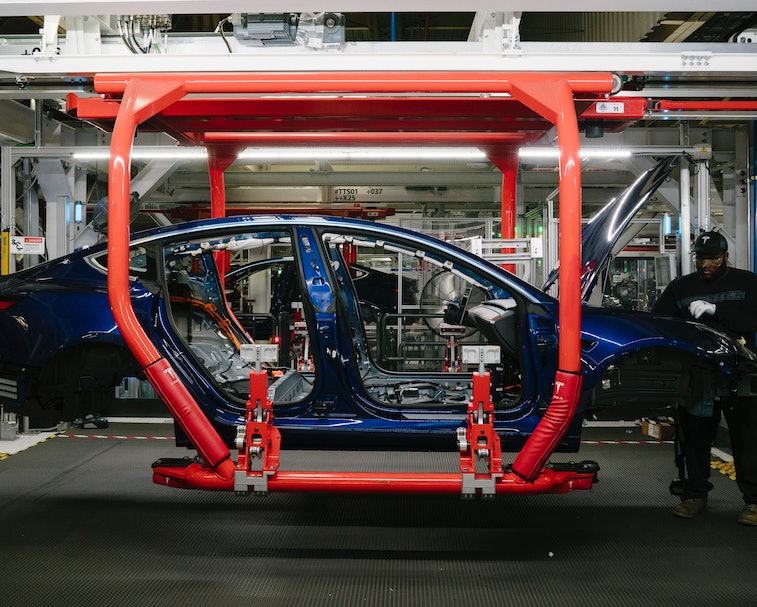 Tesla’s California manufacturing facility could start reopening as early as this afternoon. Bloomberg reports CEO Elon Musk announced the move in an email to Tesla staff on Thursday. California Governor Gavin Newsom said this week that manufacturers in some parts of the state can reopen, but that it would be up to individual counties. The county where Tesla’s plant is based isn’t planning to lift its restrictions, though.

The county’s shelter-in-place order is in effect until May 31, but according to Tesla’s emails to staff, “Alameda County, where the Fremont factory is located, states in its shelter in place order FAQs that distributed energy resource manufacturing, which includes electric vehicles, solar, and battery storage, is permitted to operate.

This week has seen Tesla’s production grind to halt entirely. In addition to the California closure — which Musk has been vocally opposed to — the company’s Chinese plant had to stop production due to components shortages.

Musk is eager to reopen — In the wake of the news out of Newson’s office, Elon Musk took to Twitter to express his enthusiasm, but the ramp-up back to full production in California will likely be slow, assuming county officials allow it to go ahead at all. Musk has been especially vocal in his opposition to California's shelter-in-place order, going so far as to call the practice "fascist" on a recent earnings call with investors.

Despite Musk's outburst — and his temporarily successful efforts to reduce Tesla's share price, which he deemed over-valued — he nonetheless came in for a ~$700 million windfall after the company met financial targets that prompted a tranche of shares to vest.

Running at a third of usual steam — CNBC reports Tesla plans to bring back around 30% of employees, and that Musk has told employees they’re not obliged to return yet if they don’t feel safe doing so.

“In light of Governor Newsom’s statement earlier today approving manufacturing in California, we will aim to restart production in Fremont tomorrow afternoon. I will be on the line personally helping wherever I can. However, if you feel uncomfortable coming back to work at this time, please do not feel obligated to do so. These are difficult times, so thanks very much for working hard to make Tesla successful!” Musk said in a note to employees.

What we're wondering is whether Tesla will rehire the bus drivers and janitors it laid off when lockdown restrictions ramped up?