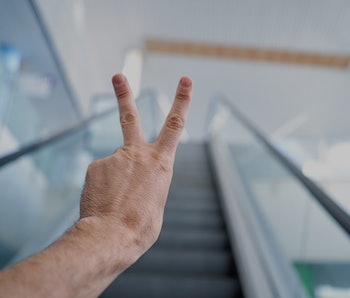 With each passing day, the crypto scams are becoming bolder, but the latest NFT rug pull is as brazen as it gets. SudoRare, a platform meant to facilitate NFT transactions, managed to run off with around $815,000 worth of user funds just six hours after launching.

The platform was an iteration, or what is referred to as a fork, of two other decentralized NFT marketplaces called SudoSwap and LooksRare. To put it in the simplest terms, a fork occurs whenever a crypto community alters the nature or protocol of a given blockchain.

Ahead of SudoRare’s launch, a number of Twitter users in the crypto community were skeptical about the venture, specifically citing the anonymity of the team behind the new marketplace. Data on Etherscan confirmed the skepticism, revealing two sketchy fund swaps. The developers behind the project effectively drained the pool of user funds (in this case, LOOKS tokens, the native token of LooksRare, an OpenSea fork) for about 154 ETH and 60,865 USDC. In total, nearly 520 ETH was drained, amounting to about $850K. The SudoRare team then wiped the platform’s online presence.

Self-doxxing — SudoRare’s entire premise was offering unrealistically high yields on staking opportunities, which requires interest parties to keep useful tokens like LOOKS, frozen in a community pool in exchange for the venture’s own token. Part of the distrust surrounding the launch was related to the anonymity of the project’s team — they refused to self-doxx, or disclose their identities, which should typically set off some red flags.

Due to the high-profile nature of some rug pulls on big-name platforms, policies have been put in place to improve security. Solana, which has its own NFT marketplace called Magic Eden, implemented a doxxing policy back in February for anyone looking to mint on the site.

Accordingly, it becomes more mystifying that people are still falling victim to scams like SudoRare. If there is one silver lining, the value of the heist is relatively tame compared to other breaches in the crypto world, which target weaknesses in blockchain bridges. Interestingly enough, while the SudoRare rug pull falls under the category of a crypto scam, crimes of that nature are actually down 65 percent over the past year, according to a Chainalysis report. Instead, malicious actors are diversifying their attack, as crypto hacks are comparably more rampant in the same time frame, having increased by 58 percent.

Regardless, if you are planning to invest in an NFT venture, at least make sure you know the names of the people involved.