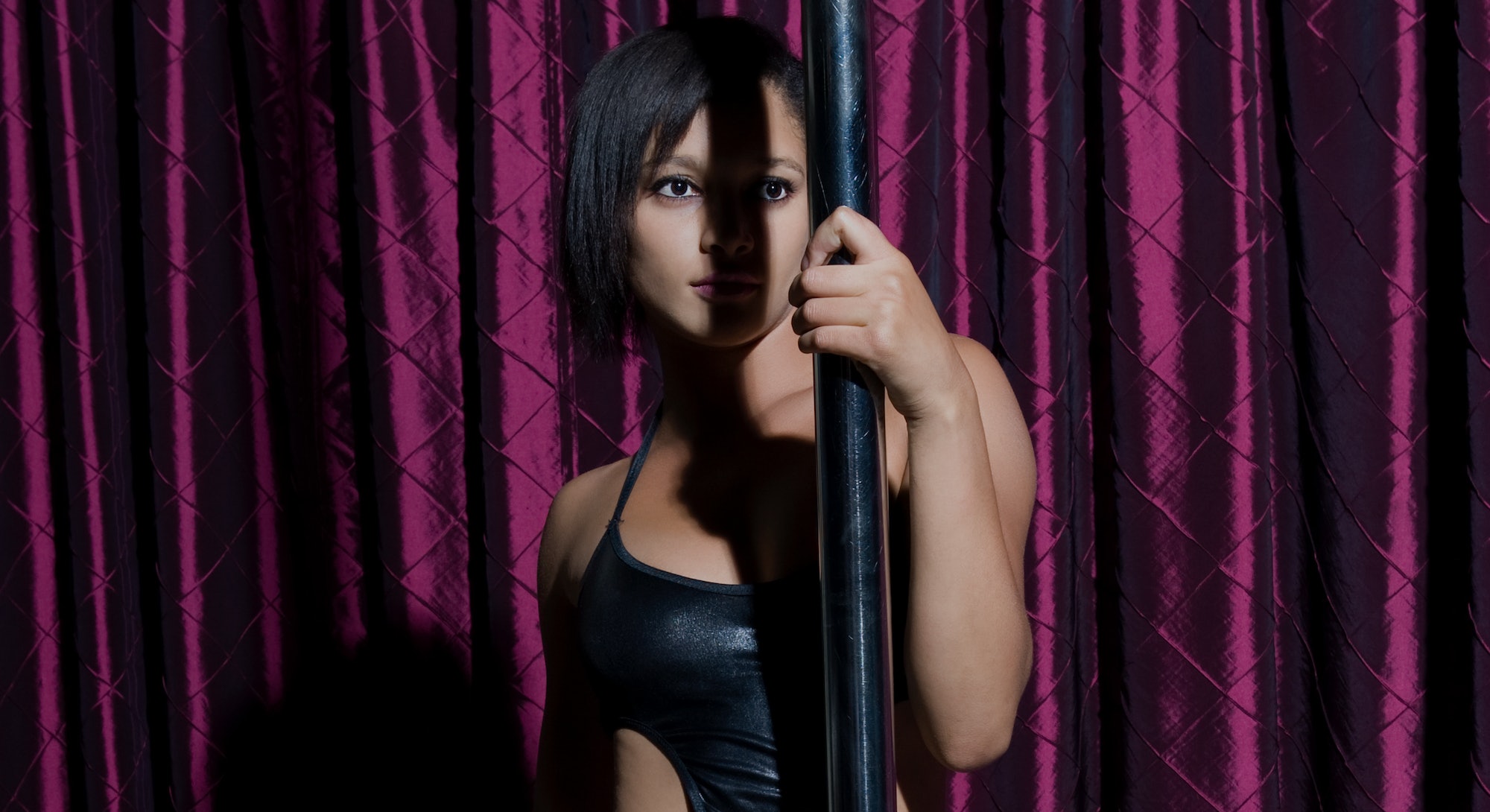 “The women’s locker room in a strip club,” is how the mods of r/Stripper describe their 75,000-member subreddit, where female exotic dancers gather to trade stories and vent. Recently, its members have noticed a pattern emerging.

It always starts out the same way. Baby strippers — an industry term for women who have just started out — turn to the Reddit community to discuss their problems at work, looking to veteran dancers for guidance. Often, they seem distressed.

“When giving lap dances I’ve allowed customers to touch my boobs and overall just grope me. I figured that’s just how lapdances worked and was afraid if I asked them to sit on their hands or slap their hands away they would cut me off at one dance,” one baby stripper, who said she’d only been dancing for a few weeks, recently lamented on the forum.

“Five years ago, it was a lot different. There’s been a shift, especially with TikTok coming out.”

“After watching some YouTube videos I realize a lot (most) girls do not allow touching whatsoever,” she continued. “I feel so stupid knowing that I could’ve made this amount of money without having their hands on me at all. I hate feeling naive or thinking I’ve been seen on cameras looking like an absolute amateur.”

Veteran strippers say that such posts are becoming commonplace in online exotic dancer communities across Reddit, Facebook, and other social media platforms. And there’s one thing they all tend to have in common: The baby strippers writing them have been learning about the industry through social media.

More experienced exotic dancers, like Brianne Agnizle from Michigan, who has worked in strip clubs since 2016, are concerned about how their profession is being portrayed online. “Five years ago, it was a lot different,” says Agnizle, who’s used her earnings to pay her way through school (she has a Bachelors in fashion merchandising and an MFA in creative writing).

“The internet was still a lot different, and so was our cultural perspective on strippers,” she adds. “There’s been a shift, especially with TikTok coming out.”

Agnizle and other vets have noticed that on social media, stripping influencers present exotic dancing as glamorous and fun, focusing on money and perks, instead of things like etiquette and the dangers of the job. As a result, they say, the next generation of exotic dancers is woefully underprepared for the workplace and far more likely to get hurt.

According to Jazzmen Black, a 30-year-old exotic dancer and influencer from Indiana, the presence of strippers on social media is relatively new. “When I first started, there was nobody like me on YouTube,” says Black, who has amassed more than 200,000 followers on the platform since launching her eponymous channel in 2016.

“There wasn’t a category like that — the whole strip influencer thing,” she adds. “None of that existed.” Black claims to have “started the chit-chat format, where you talk to the camera while you count your money.”

The niche has grown dramatically over the last few years, expanding from YouTube to TikTok. “On StripTok — we call it StripTok — people are flashing their money and throwing it around, showing off what they do, and it’s become very popular,” says Agnizle.

“By default, they’re going to be younger people,” she continues, referring to new strippers, “because you don’t start dancing in your late twenties or early thirties. It’s that, and then the fact that everybody using TikTok is younger.”

Unfortunately, the very videos bringing more young women into the industry aren’t exactly accurate — at least in the eyes of experienced exotic dancers. “It’s become watered-down — it’s centered around ease and fantasy so much. So many people in droves are flocking to the clubs because they’ve been told it’s easy,” says Jada Silk, a 35-year-old exotic dancer and adult entertainer from Rhode Island.

“They’re jumping to social media to learn how to make money, and it doesn’t look like it’s correlating,” she continues. There are plenty of videos on social media in which exotic dancing influencers teach newbies how to prepare for auditions or what to pack for a shift at the club, but few videos that give specific tips about making cash on the job. “There’s a lot of complaints [from baby strippers] of not being able to make money,” Silk says, “or that things they saw on TikTok aren’t working.”

Agnizle has noticed that many exotic dancers on both YouTube and TikTok are younger, less savvy strippers. “A lot of those people making these videos are new to it,” she says. “They’ve been doing it for less than a year.” Given how excited she was when she started dancing, she can understand why this is the case.

She also recalls how frustrated she was keeping her work a secret from family and friends — and thinks such feelings fuel the glamorized videos, too. “It’s a lifestyle that is frowned upon. People want to make it be something special — especially the ones on TikTok,” she says. “But it doesn’t highlight the difficulties of it.”

Most of the videos on social media don’t address — or at least don’t address correctly — one of the most important parts of the job: the clientele. “The men, they think we’re objects,” says Silk. “So if baby strippers aren’t prepared for how intense that is, or if they’re not emotionally strong enough, that’s not good.

“If you’re telling people that their boundaries aren't going to be crossed, and that they're safe,” she continues, “you create a false sense of comfort that can be shattered pretty easily once you are thrown into an actual lap dance situation, where the guy might be trying to grope you. Those things happen, especially when you’re a new dancer — there’s clients who seek out new dancers for that reason.”

Silk says that new dancers, educated on social media, are ill-equipped to deal with “rude and belligerent” men. “I’ve never actually seen the gritty side portrayed online,” she says. “When we get new dancers, we have to teach them to be emotionally strong. If they’re not prepared for how intense that is, and if their self-esteem isn’t strong enough? It’s dangerous.”

Black also has noticed discrepancies between the way young strippers present exotic dancing online, compared to the sometimes seedy reality. “You’ve got to have a certain mindset to thrive in a strip club. It's easy to get on drugs — soon as you walk in, you're going to be able to find somebody with cocaine. Or pills,” she says.

Black has made an effort to be more transparent in her own work, through videos like “How Becoming a Stripper Affected My Life,” “5 Tips on How to Survive the Strip Club,” and “Top 5 Saddest Things Strippers Go Through.” “No one talks about the fact that we do have slow nights,” she says. “They present it like we make a million dollars a night. And no one talks about the fact that this is a job without benefits or certificates. These aren’t skills you can take outside the club.”

While Black acknowledges that stripping content creators have a long way to go before they present the job accurately, she says influencers aren’t totally to blame for newbies’ dilemmas. “Just doing it because someone on YouTube told you it's easy?” she says. “That’s a very naive person, and those are the type of girls I don’t want to become strippers.

“My son plays games with shooting and stuff,” she continues. “I’ve told him he can’t do that in real life, and he understands. I trained my son to separate reality from the game. I think that we need to do that more with everyone” when it comes to social media.

Agnizle would welcome more reality checks for novice strippers. But based on her early personal experiences, she’s not sure it would be enough. “I would have been like, ‘I can handle it’ or ‘I need the money’ or ‘I want to try this, I can get used to it,’” she says. “I don't think it would have stopped me.”