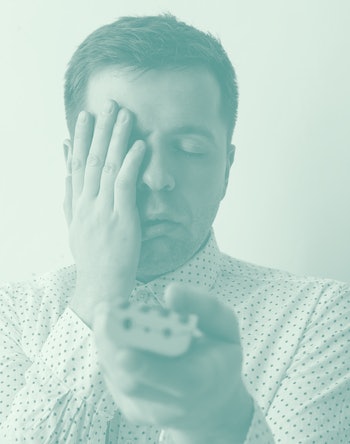 Hulu, like many other services, has autoplay set up so that as soon as I finish one movie, I’ll start whatever’s next. Disney+ won’t start something without a click, but it’ll try to get me to start something else while the credits are rolling. Netflix doesn’t let me have a quiet moment from the second I open it, and at one point or another, it had buttons to encourage skipping the opening credits or rewatching a scene that had just finished in the middle of a movie. I want to be able to sit with the movies and let them soak in, and that’s often not easy to do when I’m being pushed to watch something else and move on – because, to analytics-obsessed streaming services, everything is content and the goal is for me to be yet another number in a streaming quarterly report.

While I crave a moment to process the film or TV show I just enjoyed, I also want other ways to enjoy them. I want to learn more about the creative process behind the piece and engage with the ideas of whatever media I’ve just seen. I want to see alternate takes the filmmakers opted not to use in the final work and hear commentaries from those artists, or the scholars who can teach me more about what I’m watching. I want to explore. I miss special features. I miss the context and bonus content that would come with DVDs, ones that encouraged me to stay with a movie even after watching it. In the age of limitless content and fully customizable menus, this experience is all but dead.

In the age of limitless content and fully customizable menus, this experience is all but dead.

The one streaming service that I’ve found that really, fully does this — where you can generally depend on having more to watch than just the movie — is the Criterion Channel, where much of the library and supplements from the Criterion Collection are available. The first thing I watched on the service when I activated my subscription was a making-of documentary for A Hard Day’s Night. When Criterion’s movies end, they don’t force anything on me. I can explore, understand, go deep. Movies are a whole lot better with context — and a little extra something.

The Criterion Channel treats bonus features like they’re worth watching, and it’s clear when you look at the UI. Movies are treated as films or collections, and when you open them as collections, all the extra shorts, commentaries, interviews, and extras are laid out, easy to see. You can search for bonus features and you can add one of them to your watchlist without adding the movie it’s related to. The first step in offering great bonus features is to make them or at least make them available. The next thing to do is to actually show where they are, instead of pretending they don’t exist.

I want to be able to learn more about a movie

Sure, Netflix and Hulu have some featurettes or clips hidden with certain releases – the odd podcast or alternate cut. HBO GO sometimes offers extended editions of a movie. Amazon Prime has X-Ray trivia running over their movies, if you want to keep pausing and checking intermittently. And Disney+ has the occasional special feature that’s actually special, like the feature commentary that can play during Avengers: Endgame (if there were better commentaries available, it would be less special, but beggars can’t be disappointed about listening to the Russo brothers explaining time travel, I guess). Yet, seeing these options here and there only makes me crave more. For the vast majority of these streaming platforms’ titles, the best we can expect is an attached trailer.

I want to be able to learn more about a movie, to immerse myself in these stories and the artists who brought them to life. These materials exist and are put out on disc releases, so why can’t I enjoy them on streaming platforms? I’m sure Disney and Netflix and Amazon and AT&T have the cash on hand to clear whatever rights issues might be standing in the way, or to produce original features for content. HBO certainly saw the value when it came to explaining why Game of Thrones’ last season was such a rush job.

Am I going to have a movie night with friends where we watch a feature-length commentary or a recorded Q&A from a festival screening? Probably not. Do I get concerned looks when I complain that a special SteelBook release doesn’t deviate from the already-available bonus features in a standard Blu-ray? That’s not unimaginable. Have I felt alone for so long because these special extras feel like they’re generally only special to me, and I could just mindlessly binge Friends (which is bad) or The Office (which isn’t bad, but I’ve seen it enough) without complaining about this possibly meaningless crusade? Let’s not make this personal.

I want bonus features, and I’m getting tired of waiting for them.

Sometimes, the special features are what pull me toward one home release over another. I’ve been interested in watching Star Wars: The Last Jedi’s dialogue-free version of the film (special features also include the documentary The Director and the Jedi, which is a step above standard featurettes), and I’ve sought out releases because they have a sing-a-long version, like a recent Mamma Mia double-feature gift purchase. If I ever buy a copy of Blade Runner, it’s going to be the one with all five cuts available. I want Disney+ to offer the incomplete version of Beauty and the Beast it once screened, which should require minimal effort (especially because they actually packaged and sold the work-in-progress version to the public). I want bonus features, and I’m getting tired of waiting for them.

I get the motivation for us to move from title to title, mindlessly consuming this vague, money-making thing they call content, but that doesn’t mean I understand why they do this. Why does Netflix, self-crowned champion of the independent cinema, not want to encourage viewers to fall in love with film and explore their passion? Does context only belong on its Twitter account (which should really stop pretending it’s a human person) or in podcasts that I wouldn’t have known existed without an oddly insatiable curiosity about The Other Side of the Wind, a not-so-good movie I can’t stop thinking about?

Even when they’re not providing context, bonus features can just be fun. Animated features that have bloopers as if the characters are real actors being filmed? I love it. An in-universe animated series that also features a commentary track by the characters being portrayed in it? Absolutely. How about a series of one-offs that eventually launched a TV series? It can happen. And those are just Disney properties.

I’m tired of the constant, never-ending stream of content.

I’m tired of the constant, never-ending stream of content, of being told to watch one thing then the other then the other — “Are you still watching?” Netflix asks, then shovels more down your gullet — and I can’t even breathe and contemplate what I just saw. I’m annoyed that Roku’s Apple TV app won’t let me watch a movie with commentaries or that the best Amazon Prime has to offer in terms of context involves disrupted viewing.

Bonus features let us take a moment. They’re the special ingredient that home entertainment gave us. And I want them back.