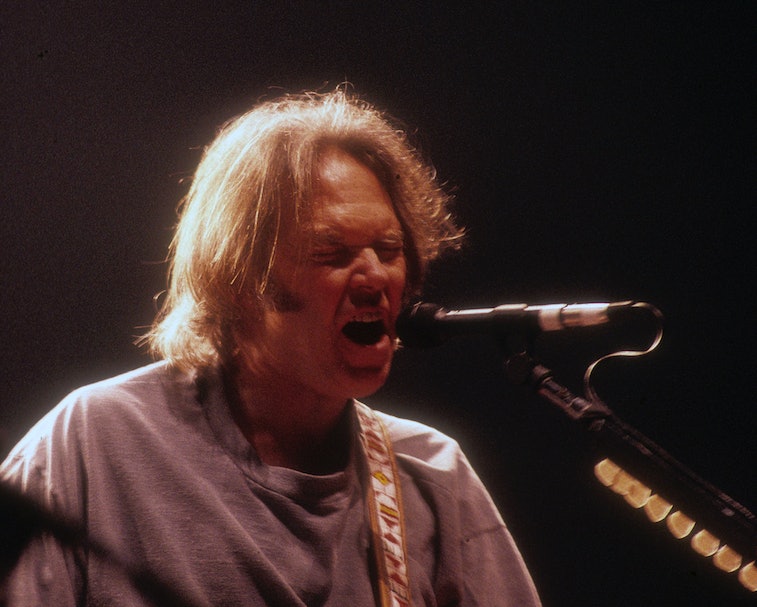 If you’re reading this, you’re probably well aware of the Joe Rogan... problem. But let's recap anyway: In 2020, Spotify inked the famous podcaster to a deal reportedly worth $100 million in order to make his show exclusive to the platform. The move was divisive to say the least and over the past year or so, Rogan has been spreading easily debunked COVID misinformation, drawing the ire of both the medical community at large and... Neil Young.

While I can understand where the “Harvest Moon,” singer is coming from, I’m not exactly sure threatening to pull his catalogue from the largest streaming service in the world will do much. But that's exactly what he did.

...And, as the Wall Street Journal now reports, Spotify is removing the folk star’s music from the platform on behalf of his request. The world moves on, regardless if Neil Young’s discography is easily accessible or not.

Young initially addressed the music service this week in an open letter to his manager and record label, then proceeded to make it publicly available on his website. Even though that piece of writing is no longer viewable on his site, here are the choice quotes: “I want you to let Spotify know immediately TODAY that I want my music off their platform,” Young wrote. “They can have Rogan or Young. Not both.”

Misusing your influence — The Joe Rogan Experience garners an impressive 11 million listeners per episode and the former Fear Factor host has a penchant for spewing vaccine misinformation. This abuse of platform annoyed Young so much that he decided to take his music off a service that provided him with 2.4 million followers and over six million monthly listeners.

In a statement regarding Young’s action, Spotify had this to say:

We want all the world’s music and audio content to be available to Spotify users. With that comes great responsibility in balancing both safety for listeners and freedom for creators. We regret Neil’s decision to remove his music from Spotify, but hope to welcome him back soon.

I can’t say that I’m surprised that Spotify didn’t get rid of one of its flagship programs over a single artist deciding to hit the eject button — still there’s always YouTube.