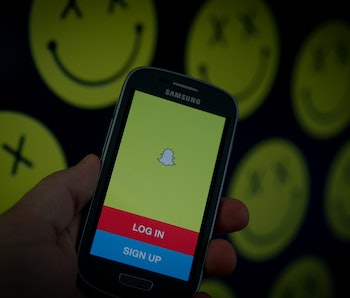 Earlier today the outgoing President of the United States, Donald J. Trump, made history when he was impeached for the second time thanks to his calls for his fans to storm the capital (and the Capitol), a call they heeded and which left five dead in the process. A slew of businesses, from social media companies, to email hosting businesses, to the PGA of America, scrambled to cut ties with Trump as a result.

Snapchat, which had already sought to create some distance when it removed Trump's account on its service's Discover page in the middle of last year, and which temporarily suspended his account following the events of last week, has now followed Twitter's lead by permanently suspending it.

What Snap says — “Last week we announced an indefinite suspension of President Trump’s Snapchat account, and have been assessing what long term action is in the best interest of our Snapchat community. In the interest of public safety, and based on his attempts to spread misinformation, hate speech, and incite violence, which are clear violations of our guidelines, we have made the decision to permanently terminate his account,” a company spokesman said in an email to Axios.

Snapchat has time and again shown itself to be a leader in the content moderation space. It's notoriously strict about vetting content, and was one of the first services to ban phrases like "Stop the Steal," which Facebook took ages to get on top of, and which even fitness service Peloton has since had to grapple with.

Donnie-no-friends – Trump's friendship circle is rapidly narrowing, and outlets like Parler that have been happy to peddle his lies have also found themselves on the receiving end of bans and terminations of service. The result has been a lot of backtracking, whataboutism, and handwringing, but one can only hope it's too little, too late.

The problem with rampant, libertarianism-flavored capitalism, it turns out, is that private companies like Apple and Google can — and will — do anything necessary to save face. The right to do so is enshrined in their founding documents and terms of service. If you don't like it, you're welcome to go elsewhere... assuming, of course, there's still anywhere else to go.

Something tells us TikTok isn't exactly likely to welcome Trump considering its tumultuous history with him... and the fact it's been censoring his more incendiary videos over the past week. Perhaps Gab can start its own short-form video service?