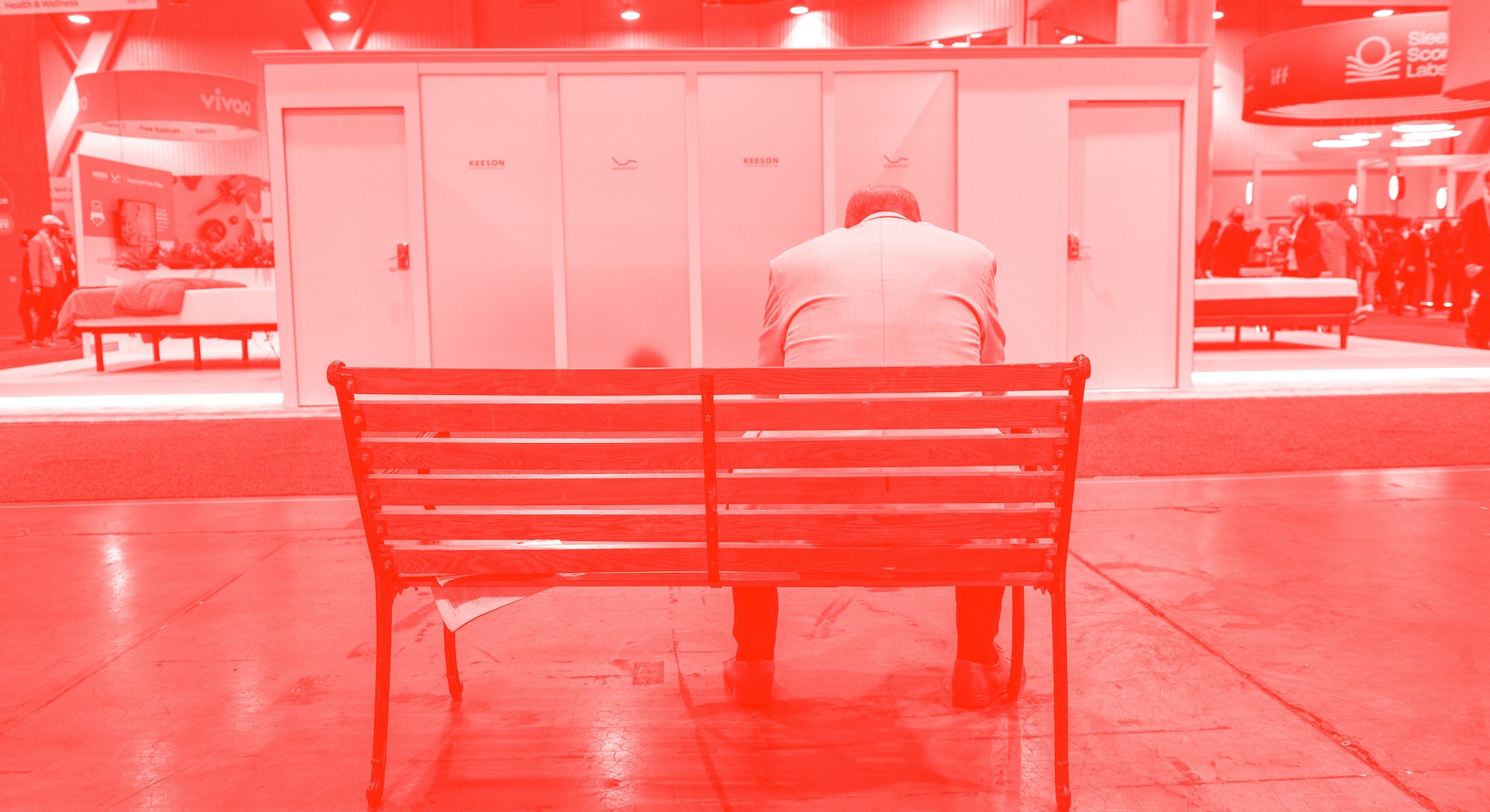 The Show absolutely, positively, must go on.

That was the assessment of Consumer Technology Association President, Gary Shapiro, who just a week ago announced that Las Vegas’s annual Consumer Electronics Show (CES) — one of the largest tech expos in the world — would trudge forward, holding an in-person, on the ground, face-to-masked-face event, despite (cough, cough), less than ideal circumstances.

It may be messy. But innovation is messy. It is risky and uncomfortable. - Gary Shapiro

So here we are, two years removed from the super-spreading CES of 2020, with an allegedly “proper” IRL CES 2022, scheduled (less than ideally) smack dab in the middle of another, miserable, surge of COVID-19. Smashing.

If you were one of the almost all people who decided not to attend the event, you might be wondering to yourself: what exactly does a mid-spike tech expo look like? Well, thanks to local Las Vegas photographer, and frequent CES attendee, Martin S. Fuentes, Input got some exclusive shots you might want to see — that is if you like seeing things that are incredibly, awfully, inordinately lonely.

If these photos aren’t enough to get a feel, I asked Fuentes, who has been attending CES since 2016, to describe the vibe in two words. He gave me 23:

“It’s paradoxical. Quiet in grandeur; optimistic in pockets; as a whole it’s quiet and sad, but in small bubbles of people it’s fun.”

At the very least, “small bubbles” shouldn’t be a problem. For context, the image below is an example of what CES can, and usually does, look like — ya’ know, when there’s not a virus to be accounted for.

As you might’ve guessed, the Input crew did not attend CES this year, which is sad — partially because we still covered the heck out of convention happenings, except with no partying or Tom Holland — but ultimately, it was the right decision for us and our wellbeing.

And in case you were wondering, Fuentes did eventually give me his two-word synopsis on the CES 2022 vibe — a surprise take given the content of the pictures he turned in. His verdict?

I’m not one for optimism by default, but I will leave you all with the best attempt I have at proffering a brighter future for CES and humans in general: next year has to be better.