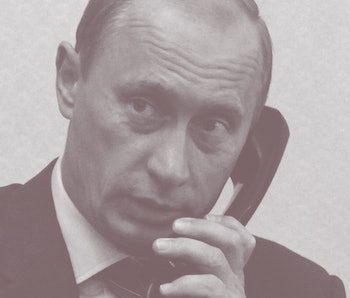 Russian censorship agency Roskomnadzor has threatened to block Wikipedia from Russia due to the article "Вторжение России на Украину (2022)" (“2022 Russian Invasion into Ukraine”), which sprung up just minutes after Putin announced a “special military operation” last week. The article has been edited by 406 unique authors.

Roskomnadzor, which is part of the Russian government and is sometimes known in English as the Federal Service for Supervision of Communications, Information Technology and Mass Media, takes issue with the article’s casualty figures. The numbers from Russia and Ukraine, which are both included in the article, vary widely. While Ukraine claims 110+ of its soldiers were killed, Russia claims a whopping 2,870 Ukrainian soldiers were killed and 3,700 wounded. As for Russian troops, Ukraine claims 7,000+ died, while Russia claims a loss of just 498 soldiers with 1,597 injured.

In a notice, Roskomnadzor claims the figures, specifically the "reports about numerous casualties among service personnel of the Russian Federation and also the civilian population of Ukraine, including children," are "illegally distributed information." If Wikipedia doesn’t comply with Roskomnadzor’s demands to delete the information it has deemed false, Roskomnadzor says it will block Wikipedia in Russia. Motherboard confirmed the authenticity of the Russian government memo.

The Wikimedia Foundation released a statement on Tuesday saying “the invasion of Ukraine has resulted in the senseless loss of life and has also been accompanied by information warfare online” and that “the spread of disinformation about the ongoing crisis affects the safety of people who depend on facts to make life-and-death decisions and interferes with everyone’s right to access open knowledge."

Russia’s hostility to Wikipedia— Over the years, Roskomnadzor has threatened to block the site dozens of times (a list of these incidents is available on Wikipedia). Russia previously blocked Wikipedia (there’s even a Blocking of Wikipedia in Russia article) in 2015 over articles about topics deemed controversial — such as cannabis. In contrast, the Ukrainian government has been largely supportive of Wikipedia, even launching an "Ambitious Campaign to Enrich Wikipedia with Unbiased Information on Ukraine and the World" in April 2020.

If Russia indeed blocks Wikipedia access, citizens may have a few ways to get around the restrictions. There’s a Russian Wikipedia article about how to bypass Wikipedia blocks, which includes options like downloading Wikipedia for offline browsing and accessing the site online using the anonymous Tor Browser.

Across Wikipedia, volunteer editors maintain a relentless determination to commit facts into a collective history — even during wartime. As Stephen Harrison writes in Slate, “...it seems encouraging that Russian Wikipedia editors would be willing to call an invasion what it is. In the best case, it’s a leading indicator: The Russian people are resisting Putin’s war.”

The English 2022 Russian Invasion of Ukraine article has been diligently maintained, too. It has been edited by 810 distinct authors and viewed more than 10 million times, making it the most popular article currently on English Wikipedia.